REDTEA NEWS
FBI Whistleblowers Coming Out of the Woodwork
Are You in a Government Database? Probably So
Leftist Tolerance on Display in Wake of Roe...
China Demands Censorship of US Landmarks in Movies
Biden Administration Clueless About Border Fiasco
The Left’s Meltdown Over Roe v. Wade
The Left’s Censorship Campaign Is Backfiring
US Government Creating Its Own Ministry of Truth
Mainstream Media Has Dropped Any Pretense of Objectivity
Was Wuhan Lab Allowed to Destroy Secret Files?
Home Health Deaths From Alzheimer’s Disease Increase 55 Percent Since 1999
Health

Alzheimer’s begins subtly and can take many years to develop. Since older people are often assumed to be forgetful, the differences between mere forgetfulness and Alzheimer’s may be overlooked until the disease is in an advanced state.

Alzheimer’s begins by forgetting words or misplacing objects. No worry, we think, everyone does that on occasion. It progresses to a more advanced stage, in which the Alzheimer’s sufferer begins to lose his short-term memory, sometimes telling the same story over and over, or asking the same question over and over because he can’t remember that he already asked it.

From there, the disease progresses to where the person with Alzheimer’s forgets information about himself, or might forget what month it is. As the disease advances, he may not know what time it is, where he lives, or how to put on clothes. Finally, the Alzheimer’s patient may start to fail to recognize familiar faces, forget who he is, or become delusional. At this point the Alzheimer’s patient will likely need full-time care.

The exact causes of Alzheimer’s disease are still the subject of much research, but two abnormalities in the brain are considered hallmarks of the disease. These are plaques that clump within the brain, and tangles of brain cells that lead to a failure of brain cells to transport data in a normal manner. It is believed that the causes of these abnormalities are a combination of genetic, environmental, and lifestyle factors that influence the disease’s development.

Age is obviously the most important factor in the development of Alzheimer’s. While early-onset Alzheimer’s occurs, the disease is most prevalent in those over 60 years old. There is also increasing speculation that exposure to aluminum, or accumulation of aluminum within the body, is correlated with an increased risk of developing Alzheimer’s.

And of course the complications from Alzheimer’s have gained great public recognition in recent years, particularly in the aftermath of President Reagan’s death after a decade-long battle with the disease. Perhaps because of greater public awareness of the disease, symptoms that otherwise would have been chalked up to forgetfulness or dementia are now being diagnosed as Alzheimer’s. And while this can be helpful to those who are suffering from the disease and who can now find treatment earlier, it can also lead to fear that the disease is becoming more prevalent, when in fact it is just that diagnosis is getting better.

Regardless of Alzheimer’s causes, there are many steps that can be taken to prevent Alzheimer’s. Maintaining physical fitness, sticking to a healthy diet, and keeping the brain stimulated through mental activity are all methods to help prevent Alzheimer’s. Future research will hopefully pinpoint the causes of the disease, leading to improvements in both prevention and treatment that will allow people to age naturally without having to worry about the debilitating effects of Alzheimer’s. 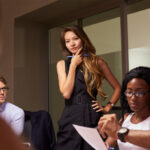 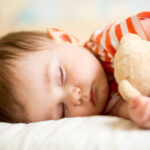