REDTEA NEWS
Will Monkeypox Be the Next Big Health Scare?
Are Democrats Going to Push Price Controls?
NIH Royalty Payments Bring Up Conflict of Interest...
The COVID Narrative Is Changing Before Our Very...
Dishonesty Is the Left’s Stock-In-Trade
FBI Whistleblowers Coming Out of the Woodwork
Are You in a Government Database? Probably So
Leftist Tolerance on Display in Wake of Roe...
China Demands Censorship of US Landmarks in Movies
Biden Administration Clueless About Border Fiasco
Home Money Are You Ready for a Stock Market Crash?
Money 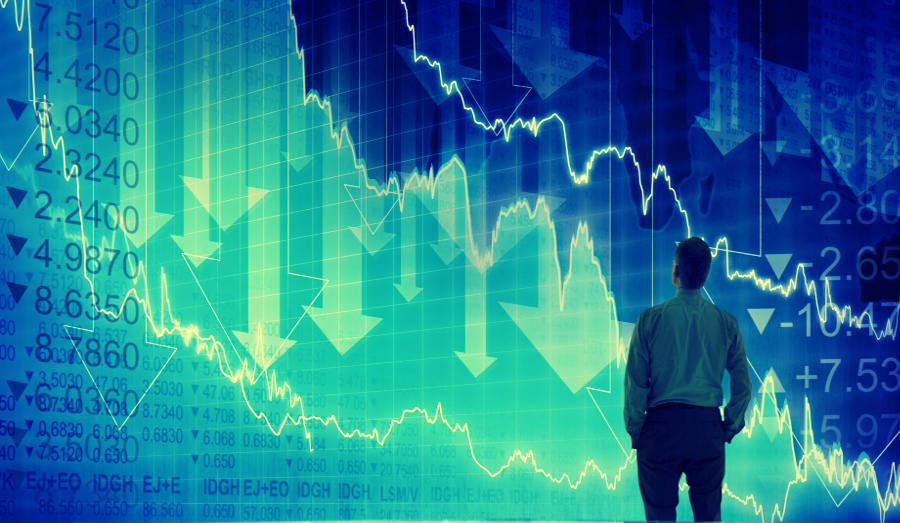 Last week’s movements in stock markets were a wake-up call for investors of all stripes. Only days after reaching record highs the Dow Jones plummeted once again, dropping nearly 1,400 points in two days to cap a nearly 1,800 point drop from its record high. That drop made many investors reconsider their opinions on the strength of the US economy. And it should serve as a warning sign to ordinary Americans to get their financial affairs in order before things get worse. Are you prepared for a stock market crash?

Stock markets lost well over 50% of their value during the financial crisis. But while there were a number of large one-day losses, that overall decline took place over many months. From the stock market’s peak in October 2007 to its trough in March 2009 took 17 months.

There were plenty of warning signs throughout that time frame that gave investors plenty of notice that stocks were on their way down. But many investors decided to hold on through 13,000, through 12,000, through 11,000, and even through 10,000 and below. Many finally threw in the towel once stocks broke lower than that, locking in their losses.

By contrast, those who got out at the first signs of trouble would have locked in their gains and prevented themselves from suffering the worst losses. Even better, those who moved their money into safe assets such as gold saw major gains while others were suffering losses. While stock markets were losing 50% of their value, gold gained 25% and kept on rising even after that.

We saw the same thing last week, as the slide in stock prices resulted in big gains for gold. The writing is on the wall for anyone who cares to read it. And if we’re following the same pattern as the financial crisis, expect stocks to float gently lower over the next several months before the worst part of the crisis hits next fall. Now’s the time to do your research and make your plans so that you can keep your assets protected from the coming stock market crash.