REDTEA NEWS
How Much Control Does China Have Over the...
Biden’s Gun Control Plans Are Bad News for...
Establishment Seeking to Censor Search for Truth About...
Crime Rise in Minneapolis Forcing Residents to Form...
How Governments and Media Manipulate COVID Statistics to...
Need Any More Evidence That Democrats Are the...
America’s Future Leaders Are Ignorant Communists
Not on Board With Black Lives Matter? You’re...
Wear a Mask or Die: The Costs of...
Chicago Threatens to Destroy Churches
Home America Now America First Policies and Their Effect on the Oil Industry
America Now

America First Policies and Their Effect on the Oil Industry 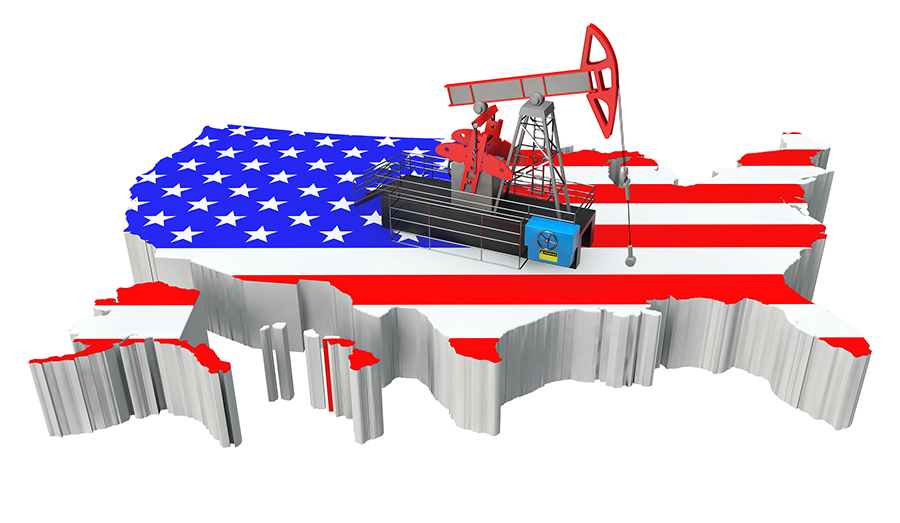 The Commerce Department is expected to introduce new guidelines that would require that all oil pipelines built, expanded, or repaired in the United States be made with American-made steel. While that sounds nice, the oil industry opposes any such measure, arguing that it could hamper their ability to build pipelines.

Currently, roughly half of the pipe used in American oil pipelines is sourced abroad, while the other half is produced domestically. However, about three-quarters of the steel used to make those pipes is originally sourced from abroad. Commerce’s regulation is expected to require not just that oil pipelines use a domestically-sourced pipe, but that that pipe is made from domestically-produced steel.

Not surprisingly, the steel industry fully supports the proposed regulations. The steel industry is currently facing tremendous overcapacity and competition from foreign steelmakers. If the government were to force pipeline manufacturers to use domestically-sourced steel pipes, it could benefit some steel companies.

Oil and gas companies counter that American steelmakers don’t make enough of the correct pipe for their needs. The steel pipes used in oil pipelines, particularly for long-distance pipelines, must meet particular standards for wall thickness and strength. The oil and gas industry claims that it could take between 2 and 10 years of the American steel industry to increase its production of the specialized steel pipe needed by pipeline manufacturers.

And because the demand for steel for pipelines is a niche sector of the steel pipe market and subject to cyclical demand (high demand when pipelines are first built, lower demand for repair and maintenance) there are no guarantees that American steelmakers would even produce enough steel to supply all the planned pipeline projects. That would raise the cost of building pipelines for those companies fortunate enough to be able to purchase the pipes, but would likely also mean that many other pipeline projects would have to be abandoned due to lack of material.

That underscores the danger of enacting policies based on political factors rather than economic factors. By catering to one domestic special interest, it raises prices in another industry. Those prices, of course, will get passed on to other industries and eventually to consumers. It sounds nice to buy American, but the reality is that there isn’t always an American product ready to purchase. That’s why you’re reading this article on a computer, tablet, or phone whose major components were produced in China, Korea, Taiwan, or somewhere else in Asia.

Even if American-made goods are available, they might be more expensive to purchase. People like to say they’ll only buy American until they realize that it hits them right in the pocketbook. As the old saying goes, do what you do best and pay for the rest. Individual households don’t try to make a sandwich by growing wheat, milling it, baking it, etc., they go to the store and buy exactly the type of bread they want.

Companies are no different, they purchase exactly the supplies they need at the price they can afford to pay. Forcing them to buy something they don’t want or that costs more will harm their bottom line. The last thing American industry or consumers need is to have more burdensome and costly regulations place on them that only serve to profit certain special interests at everyone else’s expense.

Exercise Can Keep Your Mind Sharp as Well as Your Body