REDTEA NEWS
Trump’s Decision to Pull Out of WHO Long...
China Takes Advantage of Coronavirus Hysteria to Take...
Joe Biden: President Trump’s Best Campaigner
Will Biden Suffer From Ukraine Bombshell?
Former Brady Head Admits Gun Owners Unfairly Targeted
Why Does Anyone Still Trust Data From China?
Don’t Believe Everything You See on TV
Dropped Flynn Case Underscores Need to Bring FBI,...
Do We Live in a Free Country, or...
Was it Worth It? Unemployment, Overdoses, Violence, and...
Home America Now American Newspapers Sound Alarm on Trump Tariffs on Canadian Paper Producers
America Now 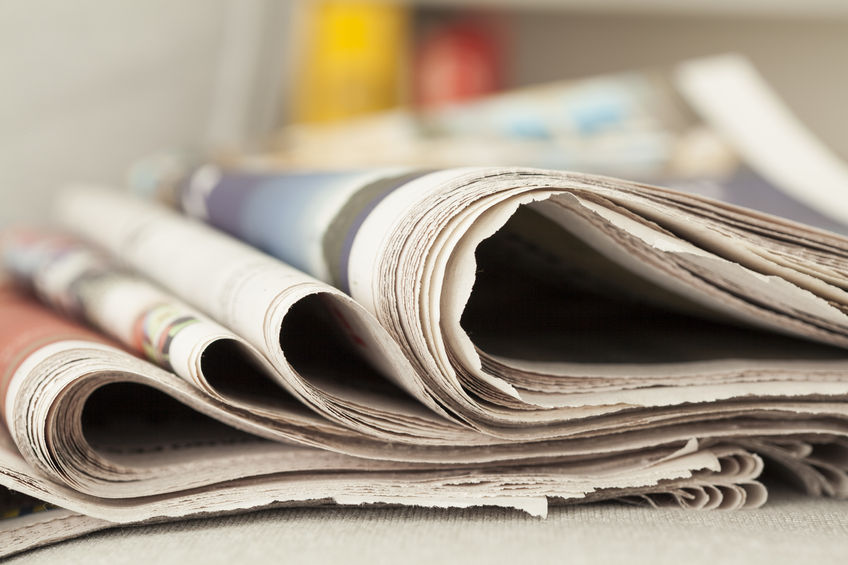 Countless American newspapers, large and small, have ruthlessly called out the Trump administration for directing the Commerce Department to start collecting retaliatory tariffs of 4 to 9 percent on newsprint imports from Canada. The agency also started charging Canadian paper producers and exporters over 22 percent anti-dumping duties. According to the Los Angeles Times, this has “raised the price of newsprint by about 30%.” Many papers are saying they will be laying off dozens of employees and are accusing the Trump administration of “taxing some newspapers out of business.”

But what prompted the actions taken by the Trump Commerce Department was multiple petitions filed by an American company, North Pacific Paper Co., based in Washington. Norpac’s company spokesman David Richey told the LA Times that the American newspaper industry does not need to rely on “low-priced, subsidized newsprint from Canada to sustain their own business model.” Richey said Norpac had to close one of its three paper machines last fall because of an unfair trade environment.

In defense of the tariffs he said, “We are not asking for anything but a level playing field with the Canadian producers.” Richey also told France24 News that Canada holds 70 percent of the US market not because of any free market advantage, “but because of the massive assistance that Canadian producers receive from their provincial governments and the Canadian federal government.” The Commerce Department found that Canadian newsprint producers receive 34 different subsidies and benefit from subsidized electricity.

Still, complaints from local papers have prompted many Republican lawmakers to speak out against and attempt to stop the tariffs from going into effect. Representative Kristi Noem (R-SD) introduced a bill to end the paper tariffs on Canadian products, and it has 10 Republican co-sponsors with bipartisan support. Newspapers have already endured difficulty maintaining profits as more are faced with a declining customer base, and the tariffs are not helping – undoubtedly disturbing an already hurting American market that is not equipped to make up for the lost imports from Canada.

President Trump was in Canada in early June to discuss trade, and as noted by the Washington Examiner, has “complained” about the country’s “unfair high tariffs on US dairy exports.” However, news of the EU agreeing with the President to eventually eliminate all trade barriers between the US and Europe has brought hope that Trump’s tariffs are a momentary negotiating tool.

But Trump’s relationship with Canadian President Justin Trudeau is already off to a rough start. One thing is for certain, if a trade deal is not worked out with Canada to level the playing field in the paper industry, both countries will suffer from a lack of commerce.

The Next Target of the Gun Control Crowd: Ghost Guns