REDTEA NEWS
Democratic Rhetoric Is Going to Result in Violence
Is Biden Trying to Get Into a War...
Austria Locks Down, Other Countries to Follow
Rittenhouse Acquittal Is a Victory for Self Defense...
The Nanny State Encroaches Even Further
If You Want a Better Future, Educate Your...
Metallurgist Caught Faking Results on Submarine Steel
As Durham Closes In, the Establishment Gets Nervous
The Lesson to Be Learned From the Elections
Biden Doubling Down on the Stupid
Home America Now California Spent on High Speed Rail and Illegal Immigrants, Ignores Oroville Dam
America Now

Last month, the Oroville Dam in Northern California experienced major damage. After several years of severe drought, the state has recently seen huge amounts of rain. In early February, water began to leak out as a result of a crater in the spillway, eroding the ground underneath it. As a result, over 180,000 people had to be evacuated from the surrounding area to avoid disaster. The sad part is, however, that all of this could have been prevented, if California had just spent the money to fix the spillway when experts first brought it to the government’s attention, over a decade ago.

Warnings of the dam’s erosion were first brought up in 2005. The advocacy group Friends of the River asked the Federal Energy Regulatory Committee to force California to reinforce the dam with concrete to prevent further damage and stop the issue before it caused problems.

The proposal was rejected, largely because of its price tag. Fixing the dam would have cost around $100 million, which was deemed too expensive at the time. Ironically, current costs to repair the damage are estimated at around $200 million. Even more ironically, while that $100 million was deemed too costly, Governor Brown was approving billions on other projects, which still have yet to come to fruition.

One of the major projects that was approved was the construction of a high speed rail line connecting Los Angeles and San Francisco. The cost of this project is around $100 billion—yes, billion, with a b. Not only that, but 12 years later, the project is still nowhere near completion.

In fact, the high speed rail project dates back even further. It was first proposed in 1996, with the establishment of the California High Speed Rail Authority. Their entire purpose was to craft a ballot measure for Californians to vote on, to approve or deny the construction of a high speed rail system. The measure was finally voted on in 2008 and approved by the California Legislature in 2012. The current estimate for completion of the project is 2025.

Of course, a high speed rail system could be tremendously beneficial to California in a number of ways, including bringing in new revenue streams. However, in the meantime, it’s cost an astronomical amount—which could have been used to repair the Oroville Dam several times over, as soon as the problem was discovered.

The high speed rail isn’t the only place where California is spending vast sums of money that could have been put to better use on infrastructure projects. It’s estimated that the state government spends around $25 billion per year on services for illegal immigrants, including driver’s licenses. That makes around $300 billion since 2005, when the Oroville Dam problem was first discovered.

Government spending can be a tricky thing. Everything costs money, and some things cost quite a bit. How do you decide what’s worth it and what’s not? $100 million seems on the surface like a lot of money, and taking that number alone, it’s easy to see why it wasn’t approved.

But when you think of all the failed, unnecessary, or otherwise excessive projects that have been approved instead, and how many times more money was spent on them—and when you consider how much it’s going to cost now to repair the Oroville Dam, compared to what it would have cost 12 years ago—it puts things into perspective. They say an ounce of prevention is worth a pound of cure. Let’s hope that in the future, California learns its lesson, and is more willing to put in that ounce of prevention when it counts. 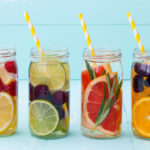