REDTEA NEWS
Has Zelensky Gone a Step Too Far?
As Gas Prices Remain High, US Sells Oil...
Fauci Thinks Lockdowns Should Have Been Stricter
Good Guy Takes Down Bad Guy, MSM Goes...
DC Homeless Shelters Filling Up With Illegal Immigrants
Inflation Still Rising: Are You Feeling the Pinch?
Japan, Abe, and Gun Control
Don’t Interrupt Your Enemy When He’s Making a...
Democrats Don’t Care How Much You Suffer
The Real Purpose of the Second Amendment
Home America Now Dinesh D’Souza Rips the Far Left, Says Many Are Calling for Policies From Nazi Party Platform
America Now 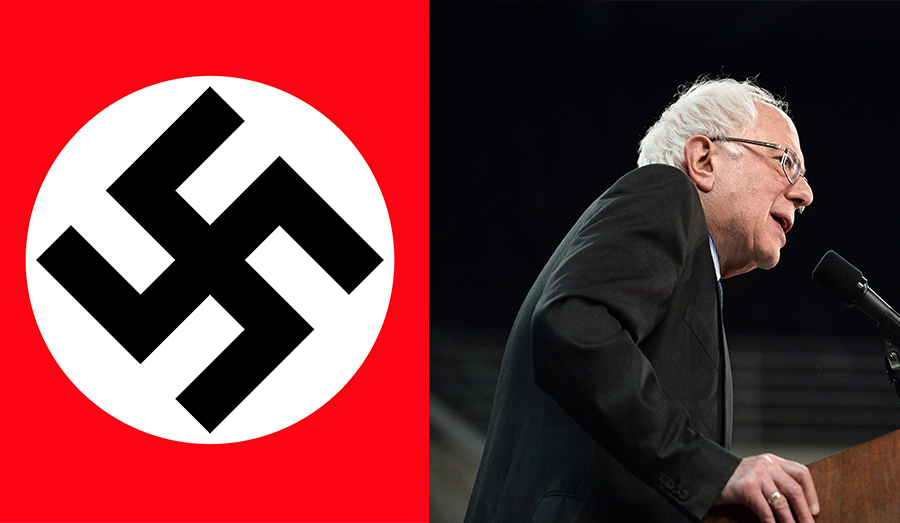 As more Democratic candidates have been running as “Democratic Socialists” while at the same time calling Republicans Nazis in order to shut down debate, more and more conservatives are calling for Democrats to recall history more clearly. Conservative filmmaker Dinesh D’Souza, in his new movie and book “Death of a Nation,” attempts to educate Americans about how the platform of the Democratic Socialist Party of America comes from the Nazi Party of 1930s Germany. In a recent interview with Conservative Review, D’Souza noted that the Nazi Platform is actually closer to that of Bernie Sanders, Elizabeth Warren, and Alexandria Ocasio-Cortez.

D’Souza said the Nazi Party was the largest elected party in 1933 and that it called for state control of banks, insurance companies, religion, and healthcare. D’Souza said Nazism, the full meaning of which is national socialism, was a welfare state party – not a right wing party as Americans traditionally understand the term. The filmmaker also told Rush Limbaugh that he had even interviewed several leaders of today’s white nationalist Nazi groups during the making of his movie and found that: their favorite presidents throughout history were Democrats; they did not like Reagan; they did activism for Obama; and that they were in favor of leftist socialist policies.

Moreover, D’Souza told Limbaugh, the white nationalists he interviewed said they did not believe in the premise that all men are created equal and that rights do not come from God but rather from the state. This runs in direct contrast to what the Founding Fathers of America believed and what most Republicans have always fought for and believed in. The American Republican Party throughout history has always been the party that has fought to end slavery and to uphold the constitutional rights of all, including black Americans and the unborn. To say otherwise is a to take a superficial and highly uninformed opinion of American history.