REDTEA NEWS
Tank Gift to Ukraine Exposes the Sad Reality...
The Government Thinks We’re the Terrorists Now
FBI Admits It Uses CIA and NSA to...
The Medical Industry Continues to Fail Patients
Democrats Are About to Learn That Turnabout Is...
If You Like Your Gas Stove, You Can...
McCarthy’s Woes Are Payback a Long Time Coming
The Genocidal Tendencies of Climate Change Crazies
The Response to the Twitter Files Is Telling
Are San Francisco’s Killer Robots the Wave of...
Home America Now Donald Trump’s Coaches See Shift in Campaign Playbook
America NowElection 2016

The gap between the Republican and Democratic candidates is larger than the last campaign cycle when Mitt Romney lost to Barack Obama. Even then, Romney's numbers weren't as bad as Trump's.

If this were the Super Bowl, the game would be at the beginning of the fourth quarter, Trump's team is losing by two touchdowns, and the coaches are scrambling to come up with a Hail Mary play to turn the tide.

Trump Goes Offsides in Move From Businessman to Politician

Donald Trump's coaching staff appeared ready to defend him Sunday as they played down rumors that Trump's campaign was in disarray.

"Everyone should just calm down," said Rudy Giuliani, former New York Mayor and Trump agent in an interview on ABC's "This Week." Giuliana's panic was produced by diverse national polls showing Clinton widening the gap between herself and Trump.

"Eight points behind at this point is nothing. I recollect George Bush, Sr. being 16 points behind Michael Dukakis heading into September. So let's calm down."

It is tricky to shoot for government leadership," said Gingrich. "To leap from being a businessman to the fight for the presidency; he's forced some errors."

The duo's comments followed a terrible week for Trump that observed the billionaire's refusal to take back his negative comments about Khizr and Ghazala Khan, the parents of Army Captain Humayun Khan who was killed defending our country in 2004.

The combined comments caused numerous notable Republicans to come out opposing Trump and stating they would vote for Clinton. Four of the Republicans are HP CEO Meg Whitman, Henry Paulson, Richard Hanna and Richard Armitage.

Senator Jeffrey Flake of Arizona said he would not be supporting Trump, notwithstanding echoed pleas from Trump's running mate, Mike Pence.

Flake claims the Indiana governor said to him Trump is a "different person in private than in public."

"If you could run the country from behind closed doors, I suppose that would be alright. But you can't," Flake said on CBS' "Face the Nation."

Will There Be New Players or Just a New Playbook?

Former-New York Mayor Rudy Giuliani says that Donald Trump's campaign will experience a serious shift in the tone and staffing. The changes are occurring as rumors that Republican leaders are planning an "intervention"  to get Trump to accept professional political guidance.

The leaders would like to see Trump embrace a less confrontational campaign style as his poll numbers continue to drop.

"I think you will be seeing Donald Trump's campaign differently from this point forward; an evolution that focuses more on the positive than the negative," said Giuliani.

Giuliani has been on friendly terms with Trump for a quarter of a century. The mayor and former prosecutor appeared as a prime-time speaker at the Republican National Convention and gave a fiery polemical speech, touting Trump's support for law and order.

Despite the Trump-connected turmoil within the GOP, Giuliani says the tycoon has learned from the media conflict and there is still plenty of time for Trump to rewrite the playbook.

Giuliani noted that President Ronald Reagan had fired his campaign manager, John Sears, in 1980 and went on to defeat incumbent Jimmy Carter.

"It's natural for campaigns to experience change," said Giuliani.

"Trump's not perfect, but people need to wake up and ask, ‘Do I want four years of Hillary Clinton?'" 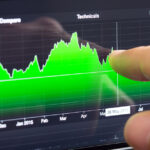 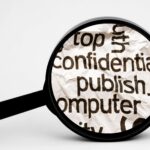