REDTEA NEWS
Has Zelensky Gone a Step Too Far?
As Gas Prices Remain High, US Sells Oil...
Fauci Thinks Lockdowns Should Have Been Stricter
Good Guy Takes Down Bad Guy, MSM Goes...
DC Homeless Shelters Filling Up With Illegal Immigrants
Inflation Still Rising: Are You Feeling the Pinch?
Japan, Abe, and Gun Control
Don’t Interrupt Your Enemy When He’s Making a...
Democrats Don’t Care How Much You Suffer
The Real Purpose of the Second Amendment
Home America Now The Gun Control Argument in a Nutshell
America Now 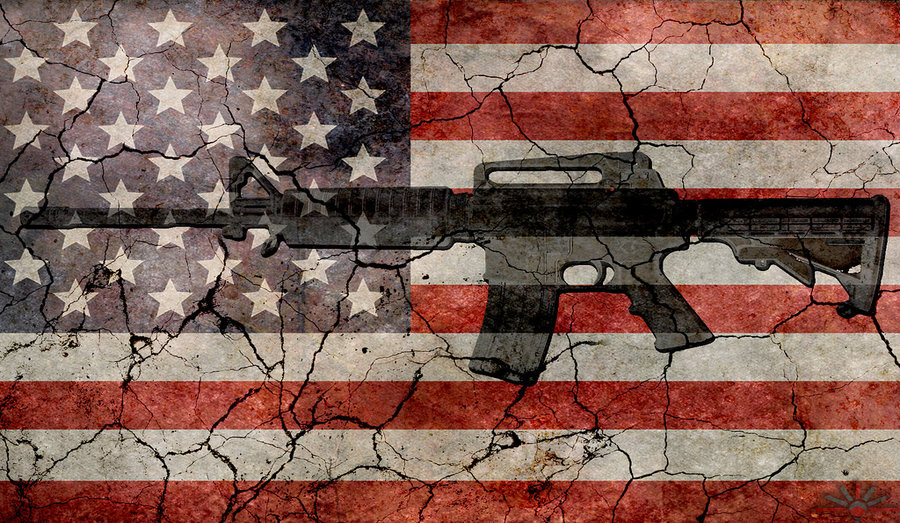 The Atlantic recently published an article written by a radiologist who claimed to have treated victims of the Florida school shooting. It was yet another piece attempting to demonize AR-15s by making them seem unusually dangerous and damaging, despite the fact that anyone who knows anything about guns understands that rifles will do a lot more damage than pistols. But what was particularly striking about the article was a short passage that sums up the argument behind gun control quite succinctly.

I have friends who own AR-15 rifles; they enjoy shooting them at target practice for sport, and fervently defend their right to own them. But I cannot accept that their right to enjoy their hobby supersedes my right to send my own children to school, to a movie theater, or to a concert and to know that they are safe.

The Second Amendment has nothing to do with hobbies. It was passed specifically to recognize the right of the people to bear arms in order to provide a powerfully-armed bulwark against a tyrannical state. The Founding Fathers understood the importance of popular armed revolt in standing up to British encroachments on the colonists’ liberties, and they remained determined to maintain an armed populace to keep the federal government from ever attempting to do the same thing.

Unfortunately the federal government has encroached far too much on the rights of the people over the last two centuries and, as standards of living have increased significantly, the people have been loath to give up their comfortable lifestyles in order to safeguard their freedoms. Nevertheless, that right to bear arms remains a fundamental human right. Gun ownership isn’t about target shooting, or hunting, or even about defending one’s home against thieves. It is about defending one’s life and liberties in the face of aggression from any wrongdoer, whether a common criminal or a government official.

The second sentence holds another popular misconception, that there is some sort of right to be safe. You’ll very often hear this from people who have grown up in little bubbles, floating through high school, college, graduate school, and professional life without having had anything bad happen to them. They’ve lived comfortable and privileged lives, going to top schools and living in well-manicured suburban communities or trendy gentrified urban neighborhoods. They think that they have a right to safety and comfort. They feel that life should be absent of risk and danger, and that anytime something scary happens to pierce their bubble that government should act to make things right.

These people don’t live in reality. They don’t understand how ordinary people live, and what they have to go through to survive. They don’t appreciate blue-collar workers who have to deal with petty crime, robbery, or carjacking. They don’t understand that waking up every morning and stepping out your door exposes you to hundreds of potential risks. They think that because they’re part of the elite that nothing bad will ever or should ever happen to them.

If something bad does happen, they’re the first to call for government action. A child fell off a bike and hit his head? Mandatory child helmet laws. People are getting too obese? Tax or ban sodas or overly large meal portions and mandate that restaurants provide nutritional information. Someone got shot? Ban guns. The solution to everything isn’t to encourage personal responsibility or use common sense, it’s to enact new laws and regulations to keep people “safe.” It’s the nanny state run amok.

The type of people who support gun control actually think that new laws can eliminate the risks that are inherent in life, and they’ll demonize anyone who disagrees with them as being heartless and uncaring. C.S. Lewis put it best when he stated:

Of all tyrannies, a tyranny sincerely exercised for the good of its victims may be the most oppressive. It would be better to live under robber barons than under omnipotent moral busybodies. The robber baron’s cruelty may sometimes sleep, his cupidity may at some point be satiated; but those who torment us for our own good will torment us without end for they do so with the approval of their own conscience. They may be more likely to go to Heaven yet at the same time likelier to make a Hell of earth. This very kindness stings with intolerable insult. To be “cured” against one’s will and cured of states which we may not regard as disease is to be put on a level of those who have not yet reached the age of reason or those who never will; to be classed with infants, imbeciles, and domestic animals.

Or to put it more succinctly: the road to hell is paved with good intentions.

Violence and Overdose Is Driven by Drug Prohibition