How Trump’s Election Could Impact Upcoming Elections in Europe

Whether you love him or hate him, it’s clear by now that Donald Trump is a force to be reckoned with. His policies, particularly those regarding immigration, are already changing the face of the nation in a number of ways. And now his populist stances may be spreading to Europe as well. Several upcoming European elections have candidates favored to win whose policies mirror Trump’s.

Angela Merkel has served as Chancellor of Germany since 2005. While Donald Trump has strongly advocated for limiting immigration by refugees from Syria, Merkel’s policy has been just the opposite. Under her guidance, Germany has implemented an open door policy, not just for immigrants from Syria, but also from Iraq, Afghanistan, and other unstable countries.

Over a million immigrants were let into Germany over a period of 18 months, and even Merkel herself has since admitted that the government wasn’t ready for this surge. There have since been several terrorist attacks in Germany, and many citizens are fearful for their safety and worried about what will happen next.

As a result, a new party called Alternative for Germany has gained prominence recently. Their stance against immigration as well as Islamic terrorism is similar to Trump’s in many ways. They’ve already beaten Merkel’s party, the Christian Democrats, in several small elections, and may gain more power in Germany’s federal elections in September—possibly even ousting Merkel in favor of a more Trump-like leader.

France’s current President, François Hollande, is not seeking reelection, which leaves the position up for grabs in their April election. According to polls, the two major contenders are François Fillon of the Republicans (moderately conservative, but not the same as America’s Republican Party), and Marine Le Pen of the National Front.

Le Pen has gone on record as being a fan of Trump, and shares many of his views, including his stance against illegal immigration and limitations on legal immigration. Polls currently show Le Pen and the National Front winning the most votes in the April election, after which there will be a runoff between her and the second place candidate in May, assuming neither gets a majority.

Before either France or Germany, though, The Netherlands is holding its parliamentary elections, on March 15th. One of the most popular candidates is Geert Wilders, founder of the Party for Freedom. Dubbed “The Dutch Donald Trump,” Wilders’ party is staunchly anti-immigrant as well as being Eurosceptic (i.e. critical of the European Union).

The Party for Freedom began as a fringe group, but several recent polls project them as winning the most seats in the lower house of parliament this election. Some of the Netherlands’ mainstream parties have said that they will refuse to work with Wilders’ party, but if they gain power, as they are projected to, Wilders may have the leverage he needs to make them cooperate.

The face of the world is changing. Immigration is becoming less welcomed. The threat of terrorism looms large in many people’s minds. These are the circumstances that led to Trump’s rise to power. And now, as the world looks on, it seems others are following in his footsteps.

Will any of these three parties/candidates be successful in their bids for power? It’s impossible to say for certain until the elections are through, but it seems a strong possibility. And then those elections could in turn pave the way for an even bigger movement, across Europe. You may love him or hate him. But either way, this seems to be the direction the world is going. 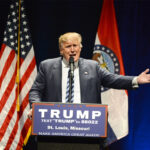 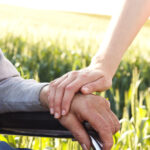