REDTEA NEWS
Will Biden Suffer From Ukraine Bombshell?
Former Brady Head Admits Gun Owners Unfairly Targeted
Why Does Anyone Still Trust Data From China?
Don’t Believe Everything You See on TV
Dropped Flynn Case Underscores Need to Bring FBI,...
Do We Live in a Free Country, or...
Was it Worth It? Unemployment, Overdoses, Violence, and...
Is Your State Next? Newsom Orders All California...
How Much Longer Will It Be Before Civil...
Underage Car Thieves Steal Dozens of Vehicles… and...
Home America Now Kellyanne Conway Touts Trump’s Unifying Record in Face of Racist Allegations
America Now 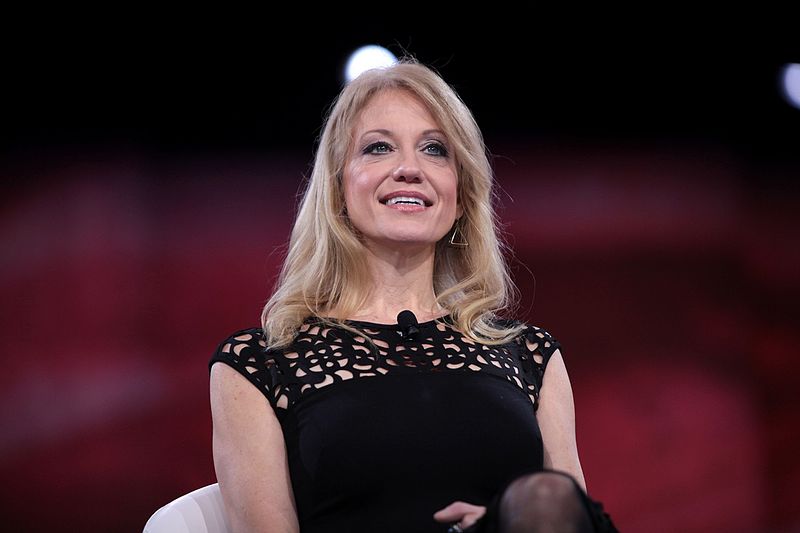 With the anniversary of the Charlottesville protests approaching and as a fired White House staffer and former “Apprentice” star accused President Trump of racism, Kellyanne Conway hit the airwaves to defend the President’s record. Conway noted that “with respect to men and women of color,” there have been record low unemployment numbers under President Trump thanks to his “bold leadership.” She also pointed to the Trump administration’s goal of improving opportunities for African-Americans with prison reform and school choice initiatives.

Conway said that fired staffer Omarosa Manigault “agreed with that” assessment of Trump at the time of her employment. Conway said the accusations against Trump claiming that he helped to sow racial tensions are “just terrible.” She repeated the President’s many statements against racism and his calls for peace among citizens, and said Manigault lied when she accused the President of using racial slurs. Conway said she “never once heard” Trump use them and she “never heard Omarosa complain that she heard the President say it about anyone either when she was there. She has contradicted her own accounts.”

She added that Omarosa has hurt her reputation and relationship with the President by writing a book “riddled with lies and accusations and insinuations,” saying all that has changed was “this book deal.” Conway said that Omarosa missed a great opportunity to take credit for “all the wonderful gains the President has made with people of color,” such as drug reform, prison reform, and workforce development.

The Trump campaign announced on August 14 that it would sue Manigault for breaking a 2016 nondisclosure contract that she signed as a condition of her employment on Trump’s Presidential campaign team. Manigault is also under fire for recording conversations with White House officials, including the President, which is a massive breach of protocol due to concerns about national security. Of particular concern is her taping of a conversation with White House Chief of Staff John Kelly in a secure room in which electronic devices were supposed to be prohibited.