REDTEA NEWS
Historical Ignorance Knows No Bounds
This July 4th Highlighted Divisions in Our Country
Do Black Lives Matter to Antifa?
How Likely Is Political Violence in the US?
Mob Justice Is Here: Are You Prepared?
Why Is Racism Okay If It Targets Whites?
Bolton’s Back-Stabbing Demonstrates Flaws in Trump Administration Staffing
Fauci Comments Display the Tone Deaf Attitude of...
Liberal White Women Will Be the Death of...
Occupied Seattle: A Taste of Things to Come?
Home America Now Reaction to Donald Trump Jr. Photo Shows How Out of Touch Most Leftists Are
America Now 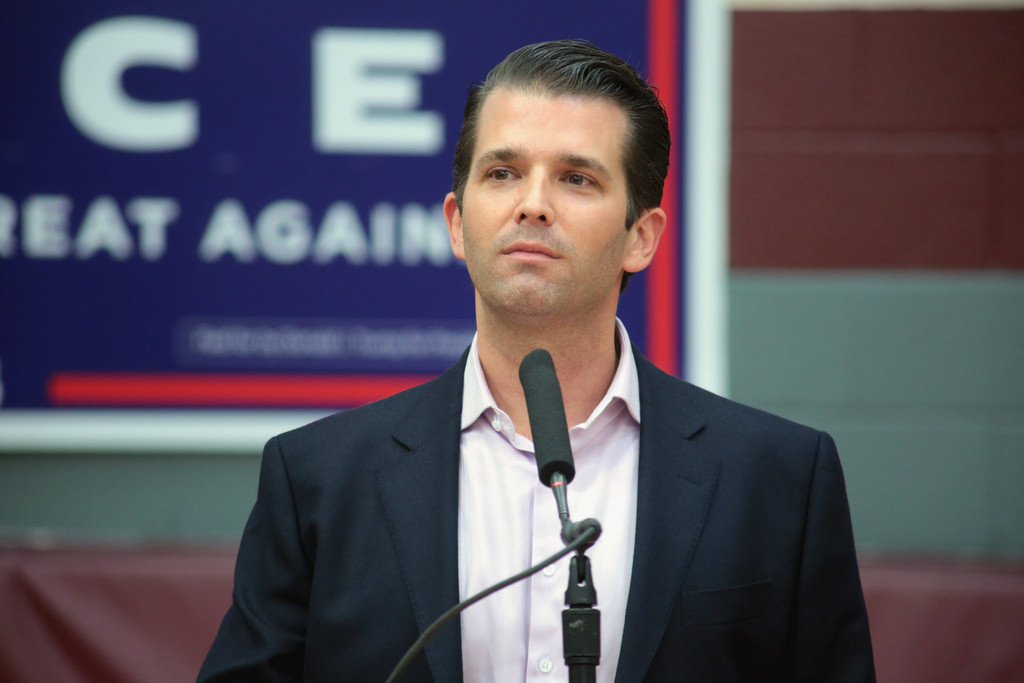 It’s common knowledge to anyone who follows social media, the Trump family, or the shooting sports that Donald Trump Jr. is an avid shooter and outdoorsman. He loves to post photos online of his outdoor activities and seems to relish being active and outdoors. But one recent photo really raised the ire of a number of people on the left. That photo was a shot of his son, Donald Trump III, on a duck hunting trip last season. And what made so many people furious? The boy was holding a shotgun in his hands. Quelle horreur!

Trump Jr.’s message posted along with the photo was “Get [your children] outdoors early and often… you won’t regret it!!!” It’s a good sentiment, certainly something that many children in our increasingly video game playing, pornography-addicted, and drug-addled society could benefit from. But the mere sight of a gun was enough to send people into a tizzy.

Previous generations wouldn’t have batted an eye at the thought of a young boy carrying a shotgun, particularly as he is on a hunting trip, accompanied by his father, wearing ear protection, and exercising proper muzzle discipline. Time was when young boys used to take a .22 rifle or a .410 shotgun and head to the woods by themselves, shooting at squirrels, tin cans, and whatever else caught their fancy. Guns were viewed as tools to be used when appropriate, and no one thought twice about handing a gun to a boy who could handle one responsibly.

But the modern day left has so demonized guns and their use that the very idea of any child being within half a mile of a gun makes them quail with fear. And a boy just holding a gun or even, God forbid, shooting a gun is far worse. In their mind, guns have no use in civilian hands, hunting is a relic of despicable barbarism, and anyone who thinks otherwise should be shamed and ostracized. It’s a mindset that is predominant among those who live on the coasts and in major cities and metropolitan areas. But it’s a mindset that causes the rest of the country to scratch their heads in puzzlement at how some people could possibly be so crazy.

More and more that type of mindset is dominating the Democratic Party, which has been in thrall to its left wing for years and seems intent on tilting even further leftwards. That in turn will alienate the millions of Americans who can’t understand why their way of life is so hated by urbanites. Let’s hope that there will always be sane Americans out there who understand the importance of spending time with their children and imparting important life skills, no matter what so-called “sophisticated” urban elites may think.