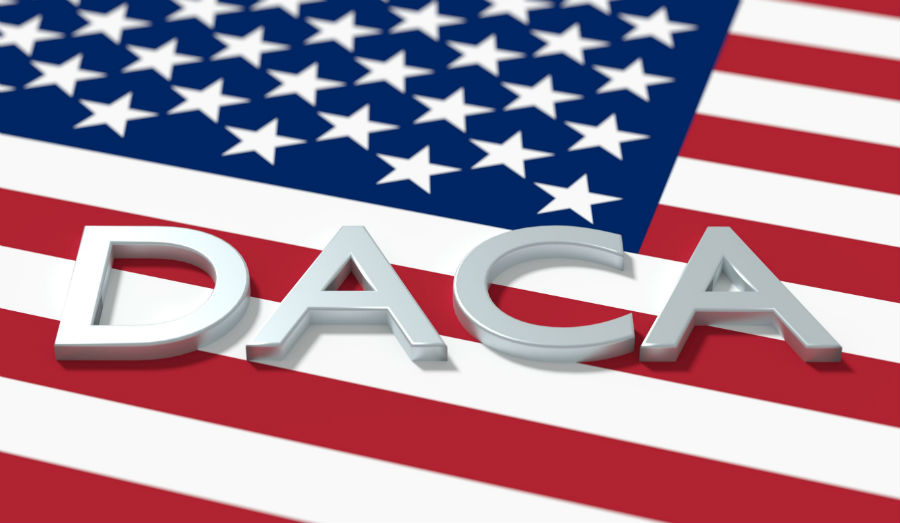 After calls from newly confirmed Secretary of Homeland Security Kristjen Nielsen and President Donald Trump for Congress to fund new sections of the border wall and other border security technology, it is being reported that the Senate will take up Republican legislation to do so. However, there’s a catch.

The legislation favored by Republican leadership wasn’t written and isn’t favored by conservatives, but rather by establishment Republicans such as Senators Jeff Flake (R-AZ), John Cornyn (R-TX) and Chuck Grassley (R-IA), and Democrats. Therefore, it contains a way to fix and keep the unlawful Obama-era DACA program that is highly disliked by conservatives who see it as amnesty and damaging to Republican election prospects in 2018.

The long-held view of the GOP establishment has been that supporting liberal immigration policies would help get Republicans elected, but that is far from the case today. Politico and Morning Consult found that about 37 percent of swing voters said DACA amnesty should not be a priority for Congress. In fact, only 18 percent of independents say DACA amnesty is an “extremely important priority” for them. Moreover, Trump won the Republican nomination because he promised to put American border security first and would push for reform that encouraged lawful immigration and that wouldn’t further bankrupt American taxpayers.

The Congressional Budget Office recently released the cost of instituting DACA, reporting that it would increase the federal budget deficit by $26 billion over a decade to pay for government benefits for amnestied immigrants. But GOP leaders in the House and Senate remain oblivious to this and continue to give in to Democrats’ demands instead of listening to conservatives in their own party and Trump voters.

According to the Washington Examiner, Cornyn believes Democrats would be willing to place limits on chain migration that would ensue with the re-legalization of DACA and that if a deal is reached, it could be included in a bill to fund the federal government through the 2018 fiscal year. Cornyn said the legislation would include a “border wall system” however, Republicans remain focused on combining it “with some relief for the DACA recipients and that would be the framework for an agreement.” Flake has said that he was reassured by Senate Majority Leader Mitch McConnell (R-KY) that there would be a cloture vote on the issue by mid-January.

Meanwhile, President Trump has remained focused on the border wall, declaring at a Cabinet meeting at the White House this week “We’re getting very close to” funding the wall. Trump said he is planning a trip to look over border wall prototypes that contractors have built.