REDTEA NEWS
Has Zelensky Gone a Step Too Far?
As Gas Prices Remain High, US Sells Oil...
Fauci Thinks Lockdowns Should Have Been Stricter
Good Guy Takes Down Bad Guy, MSM Goes...
DC Homeless Shelters Filling Up With Illegal Immigrants
Inflation Still Rising: Are You Feeling the Pinch?
Japan, Abe, and Gun Control
Don’t Interrupt Your Enemy When He’s Making a...
Democrats Don’t Care How Much You Suffer
The Real Purpose of the Second Amendment
Home America Now Sanctions on Venezuela Could Raise the Price of Your Gas
America Now

Sanctions on Venezuela Could Raise the Price of Your Gas 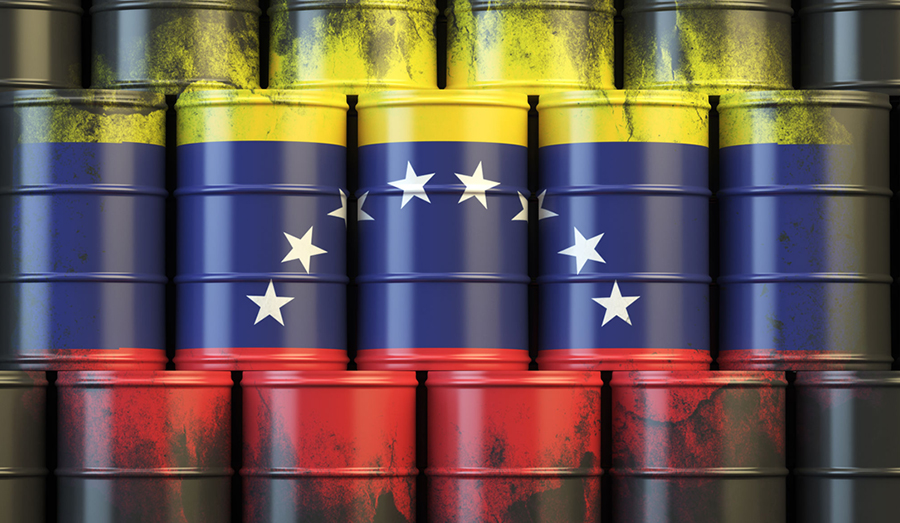 Increased sanctions against Venezuela could end up raising the cost of gasoline for American consumers. Most people don’t realize just how much oil is imported into the United States from Venezuela. Attempting to sanction the Venezuelan oil industry or embargo Venezuelan oil shipments would harm American refiners and lead American car owners to end up paying more at the pump.

Less Oil to the United States

Venezuela is the 3rd-largest supplier of crude oil to the United States. Venezuelan crude is considered heavy and of relatively poor quality, full of salt and minerals that have to be removed during the refining process. But American refineries, particularly those on the Gulf Coast, have calibrated their refinery processes to process that crude. Cutting them off from that supply would force them to look elsewhere for crude, requiring them to buy more expensive crude oil elsewhere, forcing expensive changes to refinery operations, and possibly forcing them to shut down for a period of time. All of that would combine to drive up gasoline prices for American drivers.

Venezuela is already facing difficulties in exporting enough oil to the United States. Years of capital neglect have resulted in a significant decrease in oil exports already. Venezuela has the largest proven oil reserves in the world, roughly 20% of global reserves, but its government-run oil company is motivated by political pressures, not economic ones. Placing sanctions on the Venezuelan oil industry would further isolate the Venezuelan oil sector from the Western expertise it needs to continue producing and exporting oil.

If sanctions were to be placed on the Venezuelan oil industry, Russia and China would likely jump in to assist Venezuela. Russia is one of Venezuela’s largest creditors and, since Venezuela and its state-run oil company PDVSA lack cash to repay their debts, Russia is poised to take over some of Venezuela’s oil assets. While it would be far easier for Russia to continue to export Venezuelan oil to the United States, any sanctions that go into effect would lead to Venezuelan oil being redirected from the United States to Russia and Asia. That would benefit Russian and Asian consumers and harm American consumers.

The results of any sanctions against the Venezuelan oil industry would be increased prices for gasoline in the United States and increased economic benefits for Russia. It would be a foreign policy own goal like none other. Venezuela itself wouldn’t be harmed by those sanctions, as the country will always be able to find a buyer for its oil.

Besides, Venezuela is in the midst of a hyperinflationary crisis of its own making. No hyperinflation in modern times has lasted longer than two years, so the Maduro government can be expected to collapse by the end of 2018 at the latest. Enacting sanctions that will harm American consumers and enhance Russian influence in the Western hemisphere in order to punish a country that will soon destroy itself won’t benefit anyone.

Universal Basic Income – An Idea Whose...