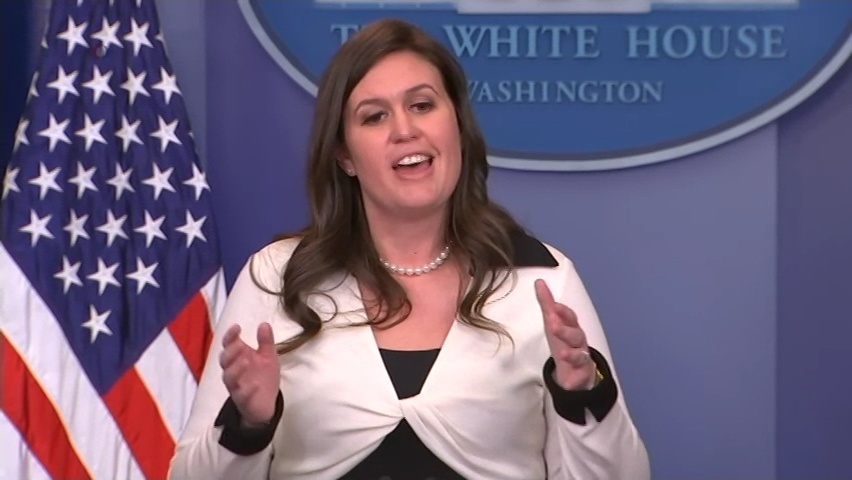 Not content with having ruined someone’s evening, the restaurant’s employees proceeded to boast about what had happened on social media. Those posts quickly went viral, and now the whole world knows that The Red Hen’s employees can’t bear to serve meals to employees of the Trump administration. And, as usual, much of the discussion of the incident among leftists is so blinded by hatred of Trump that it seeks to paint Sanders in the most negative light possible, portraying her as some sort of hypocrite.

It is in fact the left that engages in hypocrisy on this issue. Leftists believe that bakers should be required to bake wedding cakes for gay “marriages” and that photographers, wedding planners, wedding venues, etc. should be required to provide their services to both normal and homosexual couples. The left believes that those with religious convictions should be forced to serve and celebrate behavior that they believe is profoundly immoral. Yet all of a sudden those same leftists believe that a restaurant should be allowed to deny service to someone employed by a President whose policies they disagree with. They want to have their cake (forcibly made for them by religious conservatives) and deny conservatives the ability to eat it too.

And in a classic case of projection, many on the left are trying to paint Sanders as a hypocrite, claiming that she complained of being denied service. In fact, she did no such thing. She merely took to Twitter to confirm what was already being reported in the press. Some on the right, including Sanders’ father, complained about her being denied service, but there’s no hypocrisy in that. In fact, Sanders wasn’t denied service at first, her appetizers had already been served and the main courses were being prepared before the restaurant decided to ask her to leave.

No one on the right is claiming that the restaurant should be forced to serve Sanders. Neither Sanders nor anyone else is filing a lawsuit claiming that her civil rights were denied. They’re merely pointing out the leftist hypocrisy and double standard, and criticizing the restaurant for its behavior, just as gay couples have every right to complain about not having a cake baked for them. Merely complaining about something isn’t the same as forcing someone else to do something. But don’t expect logic or reason to make an impact on leftists who are intent on smearing their opponents for any reason or even none at all.