REDTEA NEWS
Trump’s Decision to Pull Out of WHO Long...
China Takes Advantage of Coronavirus Hysteria to Take...
Joe Biden: President Trump’s Best Campaigner
Will Biden Suffer From Ukraine Bombshell?
Former Brady Head Admits Gun Owners Unfairly Targeted
Why Does Anyone Still Trust Data From China?
Don’t Believe Everything You See on TV
Dropped Flynn Case Underscores Need to Bring FBI,...
Do We Live in a Free Country, or...
Was it Worth It? Unemployment, Overdoses, Violence, and...
Home America Now What Are Swing States and Why Are They so Important?
America Now 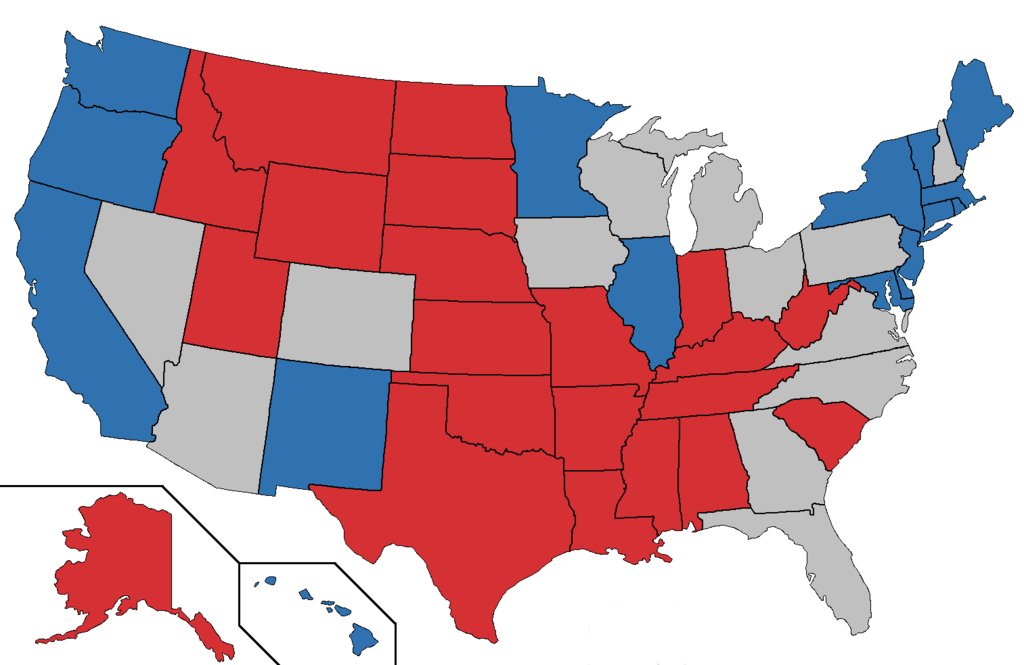 image: in 2014 the Washington Post predicted these states would be the most competitive in the 2016 presidential race

Because of the complexity of this system, a candidate can, in certain rare instances, win the popular vote but still lose the election, if their opponent manages to win a slim victory in states with more electoral votes. This is also what has, over the years, caused an ever-increasing focus on so-called “swing states. "

What Are Swing States?

California and New York’s electoral votes can nearly always be counted on to go to the Democratic candidate. Texas and Alabama, on the other hand, most often go to the Republican. Since their alliances are largely seen as fixed, there’s not a lot of need to do heavy campaigning in those states. Candidates will usually visit them, but to focus a large portion of their resources there in the hopes of reversing their long-established voting histories is generally considered a waste of money.

However, there are a few states where the party preference tends to shift, depending on the year and the candidates. These are the swing states, and they’re where the candidates generally concentrate most of their efforts during an election. Whichever candidate can swing enough of those states their way will likely win the election.

How Important Are Swing States?

The 2000 Presidential Election between George W. Bush and Al Gore was one of the closest in recent memory. In the end, it all came down to Florida, which at the time had 25 electoral votes. After much dispute and a well-publicized recount, the state—and thus the election—went to Bush.

Even though Gore received more votes from the country at large, a swing state ended up being the deciding factor. If just a handful of people in that state had voted the other way, Gore would have won instead.

How Swing States Are Determined

This year, there are projected to be 11 swing states as of June:

With a total of 146 electoral votes between them, these states represent a large section of American voters for the candidates to try to win. However, the list isn’t the same every year. Likewise, it’s not simply determined by how each state voted in the last few elections.

Experts also factor in the margin by which a candidate won in the last race, as well as a candidate’s ability to win the election by securing that state. In the 2012 election, Barack Obama won several states by very slim margins, but losing them still wouldn’t have given the election to Mitt Romney. Therefore, in the end, they didn’t have the ability to swing the election one way or the other.

Opinion polls conducted throughout the campaign can also determine a state’s “swing” status for a particular election, as well as the amount of attention it’s getting from the media. Different experts may also have different projections of what the swing states will be, and those may change as Election Day draws closer. In the end, which state or states finally determine the results one way or the other often remains a mystery until November.

What if you don’t live in a swing state? Does that mean your vote doesn’t matter? At times it can seem that way, as candidates overlook you in favor of campaigning in so-called more important areas. However, no matter where you are, your vote counts. Voting is your right and your responsibility, and the only way to have a say in our nation’s democratic process is to show up to the polls and cast a vote for your preferred candidate. 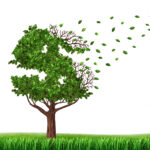 Five Big Money Mistakes and How to Avoid Them 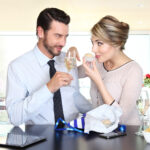 Why Health Care, Social Security and Other...

Here Are Some Overlooked Contributors to the...