Thoughts on the Florida School Shooting 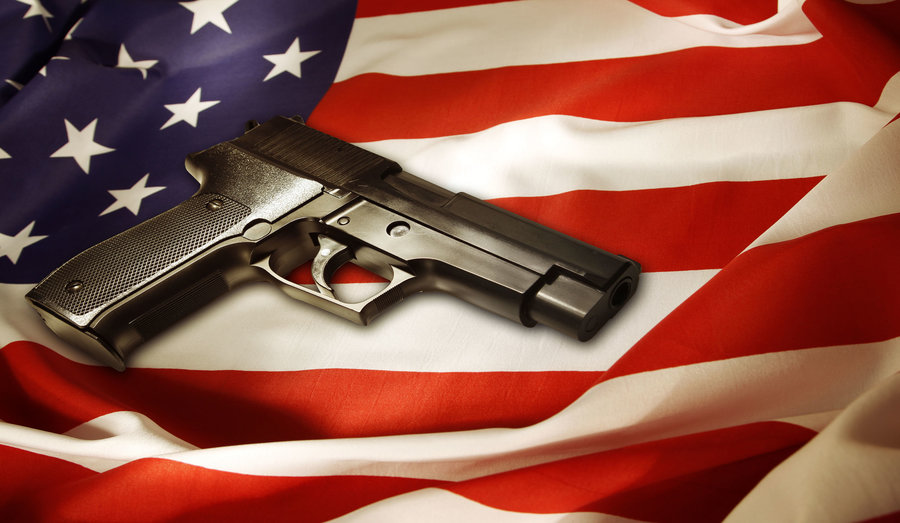 This week brought another tragic mass shooting, this time in Florida, where a 19-year-old former student opened fire at a high school and killed 17 students. Not surprisingly, the smoke had hardly cleared before we heard the usual calls to “do something” about preventing future tragedies. Of course, those whose voices were most vocal in support of doing something didn’t mean doing something that might actually target the root causes of such tragedies and minimize their occurrence, but rather advocated for assault weapons bans, magazine bans, and other policies that would have no effect other than to trample on the rights of innocent gun owners.

Gun rights proponents were quick to respond, and the resulting brouhaha will likely die down after a few weeks just like it has after the past several shootings, and no progress either way will result. Gun control supporters will remain determined to enact their desired policies, and gun owners will continue to fight to defend their rights.

Banning Guns Is Not the Answer

The idea that banning guns will prevent tragedies like this is a solution in search of a problem. It’s a simplistic answer to a complex issue. Repeating firearms have been around for over a century, yet incidents like this have only become commonplace in recent decades. Machine guns and high capacity magazines have been around nearly as long, yet students weren’t gunning each other down with BARs and Tommy guns in the 1920s. Nor were they shooting each other with lever-action rifles, pump shotguns, or even their break-action single shot firearms.

Guns are an easy bogeyman for those who either don’t understand the cultural problems afflicting our society or who don’t want to confront those problems because it would throw their world view into question.

We live in a society in which relativism has dominated public discourse for over half a century. The idea that there is no absolute truth, that truth is relative, that “what is true for you may not be true for me,” has become so ingrained in people’s minds and solidified through the indoctrination endured in public schooling that most people bristle at any mention of objective truth or morality.

That relativism has bred widespread societal moral laxity, the idea that “if it feels good, do it.” Other people are seen now not as ends in and of themselves but as objects to be used for our own self-gratification and self-fulfillment.

Our society glorifies casual sex and the use of our reproductive and digestive organs as a means of fulfilling our every sexual desire, then wonders why sexual harassment and sexually-transmitted diseases are so widespread. It equates love with sexual activity, degrades marriage into a mere legal or social arrangement that can be entered into and exited as often as one desires, and then fails to understand why the alienated young men who are products of those unions act out in the way that they do. Society celebrates the murder of innocent babies in the womb as a fundamental human right and then expresses shock that someone would treat postnatal human beings the same way as prenatal human beings.

We live in a culture that has eschewed the use of reason in favor of emotion, in which millions of people strive not only to deny the logical and foreseeable consequences of their actions but also to avoid responsibility for the consequences of their actions. Subjective feelings trump objective truth, with predictable results. And when tragedy strikes, those who have abandoned the use of reason struggle to make sense of what just happened because they lack a coherent logical framework with which to view the world, reacting to everything solely with emotion.

That failure to engage in rational thought extends to the gun control debate too, where no matter how well-reasoned or logical the arguments in favor of gun rights, gun control proponents stick their fingers in their ears and continue to push for the same policies that wouldn’t have prevented the most recent shooting.

They believe that their pain and anger justifies everything they do to support gun control, while they demonize gun owners as heartless, uncaring, evil people who care more about their guns than about the lives of innocent students. They believe that their alleged good motives justify any amount of trampling on other people’s rights. They refuse to listen to reason because they want what they want and don’t care what anyone else says.

When an illegal immigrant kills an innocent person, we often see a reaction on the right calling for a border wall or heightened restrictions on immigration. Leftists get up in arms, declaring that a border wall or immigration restrictions would be punishing innocent immigrants for the actions of a murderer. Besides, they say, we already have laws against illegal immigration, so they’re obviously not working in keeping out immigrants and more laws won’t help.

Yet when a school shooting occurs, those same people then turn around and use the exact same types of arguments they decry regarding immigration, advocating for the enactment of policies that punish innocent gun owners for the actions of a crazed murderer. The contradiction is lost on them.

We’ve all seen the failure of the War on Drugs, the inability to ban drug use, the explosion in drug smuggling brought about by drug prohibition’s creation of black markets, the opioid and methamphetamine crises that have resulted from the banning of soft drugs and the resulting higher profit margins on stronger, more concentrated illegal drugs. Yet gun banners think that somehow enacting the same policies towards guns that fail with respect to drugs would somehow solve things.

We live in a society in which teenagers are capable of building nuclear reactors in their backyards. Thinking that 19th-century technology built with 20th-century machinery can ever be truly banned is hopelessly naive. Pandora’s box has been opened and cannot be closed, and any attempts to do so can only come about through such heavy-handed force that it will result in harming far more innocent people that any school shooter ever could.

Competing Views of the Role of Government

Behind many of the calls for gun control is the belief that government needs to do something to keep us safe. That underlying belief is one of the reasons that communication between gun rights supporters and opponents is so difficult. It’s not just being for or against guns, and it isn’t just a simple issue of convincing someone of the merits of one’s arguments. The opposing sides of gun rights supporters and gun banners hold views that are superficial indicators of two underlying competing views of the proper role of government.

Those who want to ban guns see the role of government as a paternal one. Government is supposed to keep us safe from every harm, and should exercise everything in its power to make that happen. That’s the impetus behind mandatory helmet use, mandatory car seat use, traffic calming, and yes, gun control. It’s the reason the government encroaches on more and more areas of public and private life every year. Without government to protect us, these people believe, society would collapse into a man-eat-man world with everyone looking out only for himself.

They believe that the government has the ability to create a safe environment everywhere, and that the proper response to incidents such as school shootings is prompt action by the government to do something. In their mind, if the government acts forcefully it can bring about social change and proper behavior through sheer political will. To them, any behavior or activity they don’t like should be changed through the force of the state.

Those who oppose gun bans take a completely different view of government. Government is supposed to defend life, liberty, and property, but its role should be limited and it is understood that government can’t be everywhere at every time. Gun rights proponents understand that when seconds count the police are minutes away. They understand that police have neither the ability to react to every crime immediately nor the duty to protect every single person. They understand that they themselves are responsible for their safety and the safety of their loved ones, and that they cannot expect other people to take on that responsibility for them, nor do they want that responsibility to be usurped by others.

Gun rights proponents also understand that in life there is no such thing as perfect safety. Stepping out your door every day incurs dozens of risks, both known and unknown. You could slip on your front steps and crack your head open, or get hit by a distracted driver running a stop sign, or come down with severe food poisoning from the sandwich you eat for lunch. We realize that those risks can’t be completely eliminated and that trying to do so may actually cause worse evils than just acknowledging the risks and living with them. That’s why we so forcefully oppose gun control, because a solution that purports to save lives by trampling on the rights of millions of innocent people is not one that should ever be enacted.

The Evil Reality Behind Calls for Gun Control

The reality is that people who claim to want to stop gun violence don’t actually want to do so. They just want to control who owns the guns and who is able to use them violently – e.g. “only the police should have guns.” And it’s those police they want to send after gun owners to enforce their various gun control schemes.

Not everyone wants to live in a nanny state in which they are forced to depend on someone else to keep them safe. Those of us who want to live freely want to have the freedom to be able to defend ourselves and our families. But gun control advocates want to make it more difficult for us to do that, taking away our ability to defend ourselves, punishing us when we do try to defend ourselves, and making us totally dependent on government police forces.

They appoint themselves the arbiter of what is “safe” and what we should want for ourselves and our families. And anyone who fails to comply with any of their desired edicts should end up facing the wrath of the state and its heavily-armed police. Taking away the ability to defend one’s person and one’s family under the guise of protecting students may masquerade as something done with good intent, but the effects will undeniably result in many more innocents losing their lives.

How to Get Ahead as a Young Person

Are Cell Phones Ruining Our Time With...