REDTEA NEWS
NASA Wants to Nudge an Asteroid: What Could...
Has President Biden Lost His Mind?
Biden Nominating Communist to Top Bank Regulator Post
What Do You Get With Woke Prosecutors?
Are You Prepared for War? China Is
FBI Investigating Groups That Helped Afghan Refugees Escape
Illinois Passes Legislation to Eliminate Fossil Fuels
Marines Imprison Officer Who Spoke Out Against Afghanistan...
Will Vaccine Mandates Wreak Havoc on New York’s...
Appeals Court Reverses Its Ruling on Under-21s Buying...
Home America Now Toys R Us, Which Announces Closing Due to “Decrease in Birthrates,” was Planned Parenthood Donor
America Now

Toys R Us, Which Announces Closing Due to “Decrease in Birthrates,” was Planned Parenthood Donor 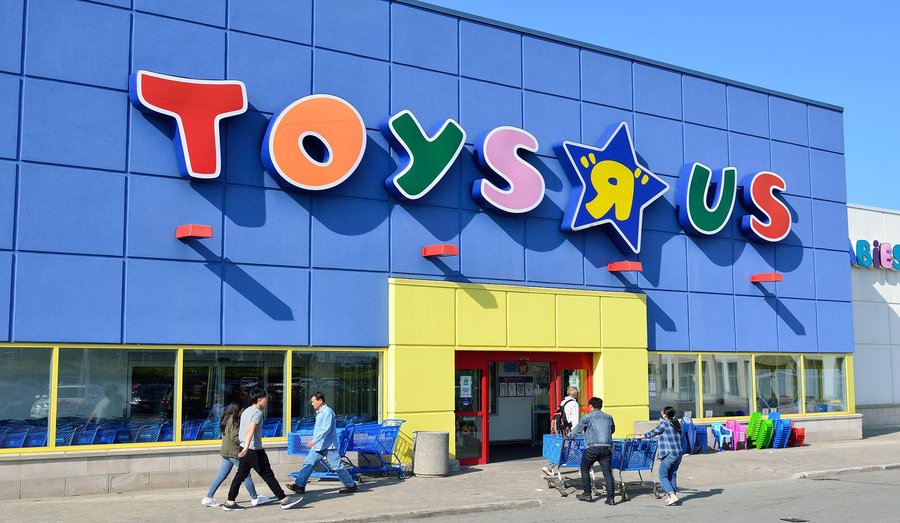 To the shock of millions of millennials who grew up having their good behavior rewards fulfilled at their local Toys R Us store, the franchise recently announced it would be closing the sliding doors to its toy haven for good, along with its Babies R Us franchises. The Washington Post reported that while retail chains have had a difficult time in the age of Amazon, one unique factor had an especially negative effect on the company. Toys R Us told the Post “there just weren’t enough babies.”

The company told the Post that its revenue, “dependent on the birthrates in countries where we operate,” was crashing as “birthrates have dropped or stagnated as their population ages, and education and income levels increase.” Data shared by the Post indicates: “Even adjusted for the aging population and declining share of women of childbearing age, US fertility rates are at all-time lows.”

A recent Demographic Intelligence report cited by Christian Times revealed that US births are at a record 30-year low even though young adults are doing quite well economically. However, economic wealth among young people may be a thing of the past as they grow older. As noted by the Post, “Economic growth is extremely difficult without population growth.”

But did Toys R Us contribute to its own decline? LifeSite News reminded its readers in the wake of the franchise’s news that multiple pro-life groups had flagged it in the past for “its contributions to the abortion giant” Planned Parenthood. According to LifeSite, Life Decisions International (LDI) had put Toys R Us on a boycott list in 2010 until it was eventually removed later in the year after the company was pressured by pro-life groups to end its contributions. Later, though, it was found as recently as February 2017 by the conservative organization 2ndVote that a breast cancer charity that donated to Planned Parenthood received Toys R Us money.

According to Love Will End Abortion, Toys R Us loses approximately 3,000 potential American customers each day due to abortion in the US.

Could the Dow Spell a Drop in...