REDTEA NEWS
Who Really Killed JFK?
The Politics of Envy Rears Its Ugly Head
Government on Climate Change: “We Have to Break...
Good for Thee, But Not For Me When...
Is Pandemic “Pre-Crime” in Our Future?
Speak Out About Cancel Culture and You’ll Get...
Will Biden Impose Domestic Travel Restrictions?
Will the Super Bowl Result in a Mask...
There Is No Such Thing as Left-Wing Violence
The Absurdity of the Trump Impeachment Trial
Home America Now Trump Calls for “Toughness” and Lowering Drug Prices in Fight Against Opioid Drug Dealers
America Now 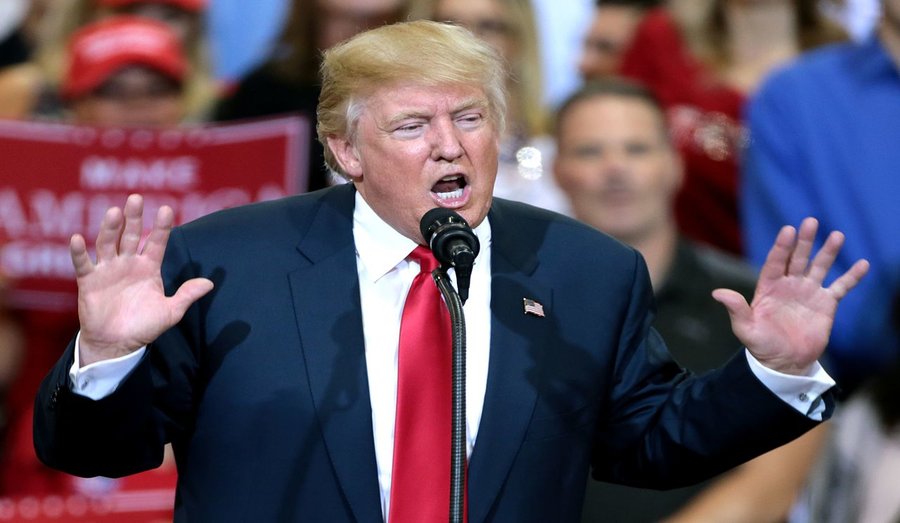 In the state with the second-highest rate of opioid-involved overdose deaths, President Trump made his pitch to “win this battle” against addiction. In Manchester, NH, Trump told the crowd he wanted to attack the crisis on two fronts: criminal punishment for drug dealers and the price of prescription medicines.

Trump said of drug dealers, “Toughness is the thing that they most fear.” He talked of his conversations with other world leaders who told him they “don’t have” a drug problem, citing their zero tolerance policy where drug dealers face the death penalty. Trump said instead of dealing with “court cases that last 10 years,” the US needs “to be tough.” The President may have been simply venting his frustration with backlogs in the courts, since the death penalty for drug dealing has been a staple of such despotic countries as Saudi Arabia, China, and Iran and it would raise serious constitutional issues here.

The President’s more realistic tough suggestions to combating the crisis included: “evidence-based treatment, greater prevention, reducing the demand for addictive prescriptions, and cracking down on the domestic and international supply in several ways, including with a border wall and increased security,” according to The Daily Signal. The president also noted the problem of sanctuary cities and lack of a larger border wall, saying that ending these weak points is “crucial” to winning the battle.

Trump also went after the “drug lobby” which he says must be combated by working with Health and Human Services Secretary Alex Azar to address ways to lower drug prices. Azar accompanied Trump to the speech and told the crowd he would continue the FDA’s light touch regulatory approach by approving more generic drugs and reducing out of pocket prices for seniors. The HHS Secretary pledged to present “a whole sleight of proposals” soon on how to decrease drug prices.

The White House’s new Crisis Next Door campaign was unveiled at the event, which the president hopes will make kids more conscious about the harmful effects of drugs. Members of the public can share stories to convey the dangers of opioids on the site, www.crisisnextdoor.gov.

Does Mueller Want Impeachment Case? Investigation Shifts From Campaign to Obstruction of Justice