REDTEA NEWS
The Real Purpose of the Second Amendment
Why Gasoline Prices May Never Come Down
Are We in Civil War Already?
The Narrative Is So Transparent It’s Laughable
Another Pro-Life Pregnancy Center Firebombed
Attempt on Kavanaugh’s Life Shows the Danger the...
Inflation Causing Americans to Change Spending Habits
American Gun Owners Are the Last Line of...
Democrats Still Don’t Understand Guns or Gun Owners
Ask the Wrong Questions And You’ll Get the...
Home America Now Why the Trade War With China Will Be Hard to Win
America Now

Why the Trade War With China Will Be Hard to Win 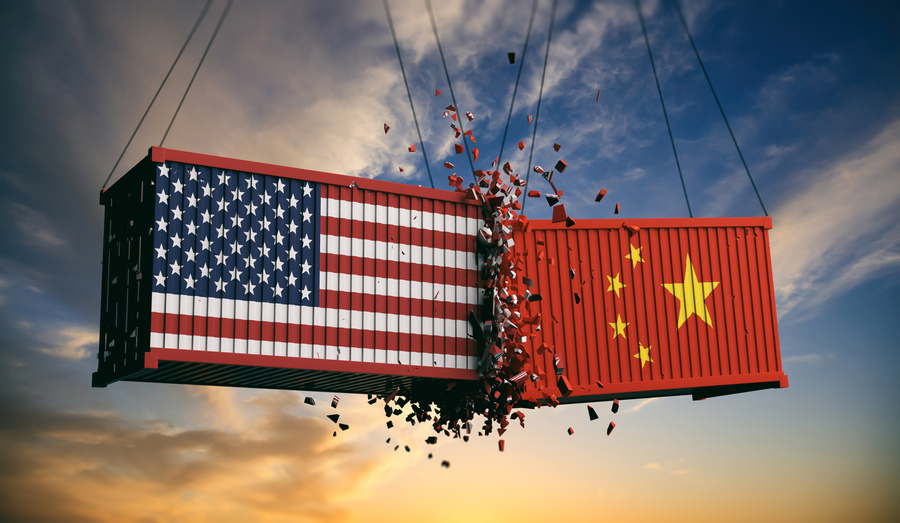 President Trump’s decision to enact tariffs on Chinese goods has initiated a trade war that will be very difficult to stop. China placed tariffs on US goods in retaliation, and in response Trump has vowed to place even more tariffs on Chinese goods. The trade dispute may get so heated that every good imported from China might eventually be subject to tariffs.

China has already filed a complaint with the World Trade Organization (WTO) against the United States for its initiation of tariffs. The fact that Trump acted unilaterally and outside the purview of the WTO won’t do much good for the United States’ defense at the WTO. If Trump doesn’t like the WTO (and let’s be honest, it’s not an organization that serves any useful purpose) then he should just pull out.

In Chinese society the concept of face is extremely important. Causing someone else to lose face is a big no-no. What Trump is doing by attempting to use tariffs to force China to the bargaining table is trying to do something that will cause the Chinese leadership to lose face. At a time when China is flexing its muscle by expanding its presence in the South China Sea and growing its economy, being forced to the negotiation table would establish Trump as the man in control and the Chinese leadership as being subservient. The loss of face would be unbearable, so China will not give in and will instead match the US move for move. Chinese leaders will sooner fall on their swords than lose face to the US.

That’s in large part due to the internal political struggle going on in China right now. Much of China’s impressive growth has come about through the creation of a massive housing and investment bubble, the creation of ghost cities and building of enormous infrastructure projects that are underutilized. Eventually that bubble will crash, millions of Chinese will lose much of their life savings, and domestic discontent will boil over.

Part of the reason for China’s newfound focus on external expansion is to take people’s focus off the eventual economic downturn and direct their attention abroad. With over 70 million more men than women, China has a huge male surplus, and it’s those men who will lose their jobs when the economy crashes. Imagine millions of young, unemployed, angry men with nothing to do and no direction and you’ll understand what keeps the Chinese leadership up at night. They know that a crashing economy could mean not only a fall from power but also a revolutionary overthrow of the government.

It doesn’t help that China’s newfound nationalism is increasingly being expressed in xenophobic attitudes towards foreigners either. And because of that newfound nationalism, the attempts by the Trump administration to force China to negotiate brings up memories of the unequal treaties forced upon China by imperialist powers in the 19th century. Trump administration officials may be ignorant of that history, but the Chinese leadership and Chinese populace aren’t. So if the administration expects a quick resolution to the trade war, it may be in for a rude awakening.

Domestic ISIS-Inspired Attacks in US Multiply As...