REDTEA NEWS
NIH Royalty Payments Bring Up Conflict of Interest...
The COVID Narrative Is Changing Before Our Very...
Dishonesty Is the Left’s Stock-In-Trade
FBI Whistleblowers Coming Out of the Woodwork
Are You in a Government Database? Probably So
Leftist Tolerance on Display in Wake of Roe...
China Demands Censorship of US Landmarks in Movies
Biden Administration Clueless About Border Fiasco
The Left’s Meltdown Over Roe v. Wade
The Left’s Censorship Campaign Is Backfiring
Home Breaking News Dismal Start For Stocks In 2016 – China’s Bloodbath Goes On
Breaking NewsMoney

There was general agreement among analysts that 2016 was not going to be a great year for stocks. Yet nothing prepared investors for the brutal reality of the first week of trading in January. The downbeat start to the year continued again on Thursday, with the Dow and S&P 500 slipping more than a percent at the opening bell. It’s been the worst three-day start to a trading year since 2008. If you remember, that was when we were in the midst of the Great Recession.

Thursday’s selloff was triggered by continued weakness in the Chinese stock market. A circuit breaker Chinese markets implemented to halt trading when stocks were down seven percent, kicked in after just 15 minutes of trading on Thursday. That’s the second time this week trading has been halted and Chinese exchanges plan to abandon the circuit breaker after Friday, opening the door to even greater one-day losses next week.

How Did It Get So Bad?

In a word, China. Chinese markets have been volatile for months as China tries to liberalize its economic and currency policies. An overhang of debt from massive infrastructure investment has also put a damper on growth. Combine all that with a stock market that was substantially overvalued and you have a formula for an economic slowdown of the world’s second largest economy.

The current market troubles came as a surprise here in America. Historically, global stock meltdowns begin and end here in the United States. This is one of the few times historically when things have been going well here only to see a market selloff triggered by weakness in another country. Certainly there have been bad days triggered by the economic woes of countries such as Greece, but not a sustained bear market like we’re seeing today. It’s all thanks to a new, connected global economy where weakness in one is weakness in all.

Our own Federal Reserve owns a significant stake in the current crisis as well. During the last economic crisis the Fed implemented a cheap money policy to fuel growth and, for the most part, it worked, but only for a while. Corporate America didn’t use that cheap money to invest in expansion and hire more workers; instead corporate boards borrowed money and used it to buy their own shares back. Executives get rewarded for stock performance, not job gains, so hiring was slow to recover. The Fed, instead of cracking down on Wall Street silly tricks by taking away the cheap money punch bowl, indulged the cash feast far longer than they should have hoping for employment to recover.

That set up the Fed to actually raise interest rates at the worst possible time. The interest rate hikes started just as the slowdown in China really took hold. China triggered a slowdown in the global economy, which narrowed profits here as well. Companies were hammered by falling profits and rising interest rates. Corporations carrying a lot of debt on the books, like the oil and gas industry, were suddenly facing higher interest rate costs.

The roughneck canary in the tar sands oil extraction plant was the first indicator that things were really going bad. When the Chinese economy slowed, China needed less oil. The sudden drop in demand came at a time the U.S. dollar was already pushing commodity prices, including oil, lower. In response to falling demand OPEC, led by Saudi Arabia, refused to reduce production, seeing it as an opportunity to strike at North American tar sand and shale oil extraction, most of which were proposed when oil was $100 a barrel.

Even though the economic news in the U.S. isn’t that bad, our fate, for better or worse, is now intertwined with the fortunes of other countries, some of which do not have our best interests at heart. As the situation stands right now, the bear is likely to hold sway over the markets for the indefinite future. We didn’t get here overnight and we’re not going to get out of it overnight. 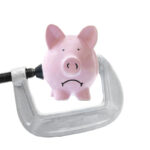 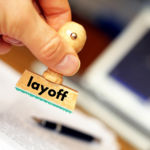