REDTEA NEWS
Was Fauci Fibbing About His Financials?
Political Commissars Are Here And Are Starting Their...
Mormons Pointing to Higher Actual Inflation
Top Scientists Feared COVID Came From Lab All...
Quebec to Start Fining the Unvaccinated
McCarthy Threatens to Strip Democrats of Seats If...
Supreme Court Shows Its Schizophrenia
Beset by Crime Wave, LA Residents Flock to...
The Case of Jan. 6 Gets Curiouser and...
Twitter Continues Censorship Rampage, Bans MTG
Home Breaking News The Stock Market – Where Do We Go From Here?
Breaking NewsMoney

The Stock Market – Where Do We Go From Here?

The stock market is definitely not for the faint of heart in August. The entire month has been a pretty steady beat down, interrupted briefly by one of the biggest gains in market history. The losses aren’t picking any favorites, slashing all sectors pretty much across the board. It’s enough to rattle even the most stalwart heart. If you think it’s bad here, our neighbors to the north in Canada are officially in a recession.

On Tuesday the losses continued with Dow down another 347 points in early trading and the index closing in on 16,000 and the S&P 500 under 2,000. When it comes to market corrections, this is about as bad as it gets over a time frame this long. The strange thing about this correction is the seeming pointlessness of it. In 1999 we had the Dot Com meltdown to trigger the correction. In 2008/2009 we had Wall Street banks selling bogus securities to investors. In almost every previous market correction, there was an obvious reason for the event.

This August 2015 meltdown defies any convenient mechanism. The you look at it, the more it seems to be a correction just because the market woke up on the wrong side of the bed at the beginning of August. There are some difficult obstacles for the economy to overcome going forward.

When China got an economic chill, the rest of the world sneezed. That’s exactly what’s happening in global markets right now. Welcome to the new connected global economy where unrest in places most of us can’t spell or find on a map can cause turbulence in financial markets. We actually have it good here compared to many smaller countries. Nations like Venezuela and Brazil are getting crushed by currency policy in the U.S. and China that’s putting downward pressure on commodity prices, including oil.

In the midst of the turmoil, China devalued its currency. The People’s Bank called that a “one time” event, which they then repeated the next two days. Such a deliberate devaluation was a response to the slowdown in manufacturing. By deliberately devaluing its currency China tips the global manufacturing scales in its direction and makes products produced in China more competitive in the global marketplace. That’s exactly how China has been able to quietly rob the U.S. of its manufacturing base in the early 1980s.

Where Do We Go From Here

The U.S. economy is still growing, not fast, but still in positive territory. Here’s what’s happening when the market corrects while the economy is still growing. Even if you think market is overvalued, which it was by many measurements, we now have the economy and markets moving in opposite directions. The economy is gaining steam while the stock market is losing value. Very quickly the market value and actual value of the economy will intersect. Markets don’t have to get to the inflection point to correct; in fact, most times it doesn’t make it that far down. Once stocks become attractively priced relative to the economy, money will flow back into the market.

Unless some fundamental negative that we don’t now see comes to light, expect the market to right itself, though it may take several quarters to do so. You can’t keep a good economy down and this current down time won’t last. 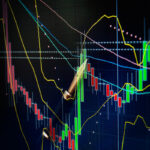 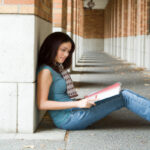