REDTEA NEWS
Tank Gift to Ukraine Exposes the Sad Reality...
The Government Thinks We’re the Terrorists Now
FBI Admits It Uses CIA and NSA to...
The Medical Industry Continues to Fail Patients
Democrats Are About to Learn That Turnabout Is...
If You Like Your Gas Stove, You Can...
McCarthy’s Woes Are Payback a Long Time Coming
The Genocidal Tendencies of Climate Change Crazies
The Response to the Twitter Files Is Telling
Are San Francisco’s Killer Robots the Wave of...
Home News A Google Too Far: Can the Company Really “Not Be Evil?”
News 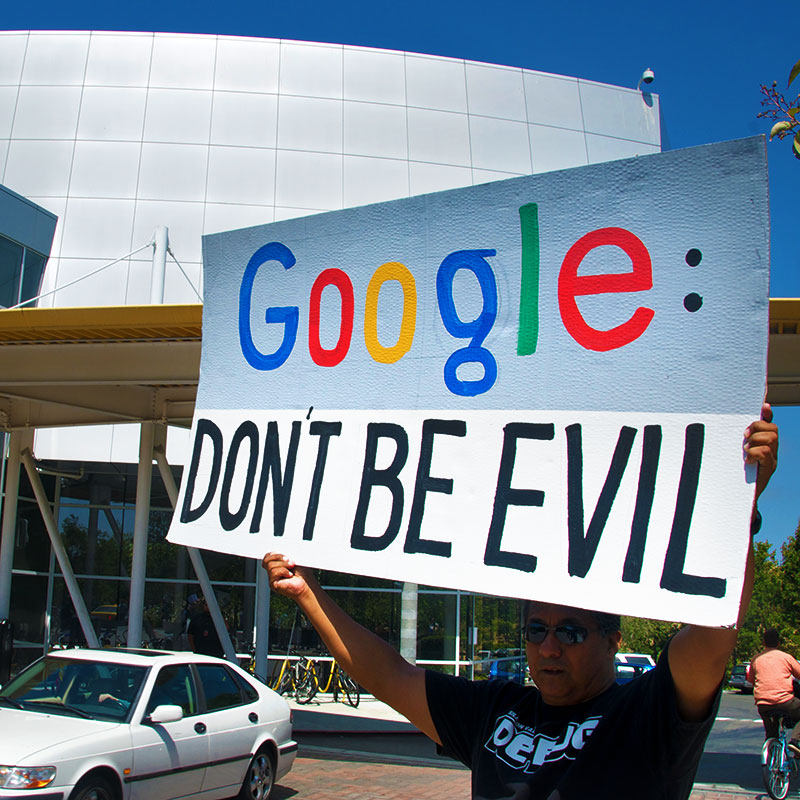 Google is known for its corporate motto, “Don’t be evil,” which was instituted at the very beginning of the company. It’s a noble phrase that instills confidence that the company has an ethical foundation and strives to do what’s right.

Unfortunately, a company as ubiquitous and omnivorous as Google can’t possibly hope to live up to that standard. To be fair, any failure to uphold that motto is usually the result of unintended consequences from Google’s superior technology developments. That doesn’t make it any less dangerous.

As of today, the company began making privacy amends in Europe, but it was only after a European Union court forced them to do it. If you are an EU citizen, you now have the “right to be forgotten,” giving you the power to request removal of results that turn up in Internet searches for your own name. It’s a small step toward seizing back the right to privacy, and the prompt correction of misinformation that could be damaging to careers, relationships, and business interests.

Would you sacrifice a longer life to oppose more intrusion into whatever time span you have?

Google co-founder and chief executive Larry Page went on the offensive in the New York Times. Page ostensibly was touting new technology that was showcased at an event for developers in San Francisco yesterday. But the interview was really intended to explain Google’s intent to be a force for good, by helping you at every stage of your life with mundane tasks.

Already, Google helps with a lot of daily activities. As it moves its Android operating system more into the smartphone sector, it will increase the number of tasks it can perform — driving directions, reservations, airline information, GPS location — the list goes on.

But as a company that has tons of cash, employs some of the smartest people on the planet, and strives to be part of your life, Google is setting itself up for yet more unintended consequences. It’s already working on developing a self-propelled car, a machine that is expected to be on the road in big numbers before 2020. It allegedly has someone studying death, and trying to devise a way to conquer it.

Harken back to a few months ago, when mysterious barges appeared in the San Francisco Bay. Google was cagey as to their purpose, sparking all kinds of rumors (the best explanation:  they were intended as mobile research labs). But the move did spark fear and suspicion, underlining a theme that’s growing amongst the public when it comes to the company. The first stirrings of acting on that perception have already been seen with San Francisco protests concerning the Google transportation for its employees, a real-world symbol of the company’s power.

Let’s imagine for a second that Google achieves its goals. The self-propelled car becomes the road standard, and death, while not conquered, is pushed back to the brink of near immortality. At that point, criticizing the company or denying it via legislation becomes far more problematic for the lawmaker or citizens issuing a challenge. Could you survive without a car? Would you sacrifice a longer life to oppose more intrusion into whatever time span you have? Could your negative search results be manipulated into an overwhelmingly negative portfolio?

These are all legitimate questions, and while they’re easily dismissed with a few words of reassurance, a rogue Google employee can subvert all good intentions. And yes, we understand that Microsoft underwent the same level of questions long ago, before it stopped innovating and found itself way behind the tech curve. Perhaps the same fate will befall Google, as some as yet unknown company pulls a black swan technology out of the ether and makes all the hand-wringing moot.

In the meantime, it’s worth noting that executive chairman Eric Schmidt once said in an NPR interview that "don’t’ be evil" was "the stupidest rule ever." He meant to imply that the notion stalled progress at the company, because calling something “evil” tended to shut down conversation.

What it really means is that the company’s founding motto is all a matter of semantics. As any scholar knows, language is ever-changing. That’s important if you are a US citizen that wishes to remove the tether from Google. Because today’s “do no evil” may become tomorrow’s “do no.” 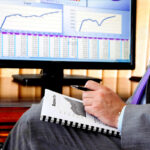 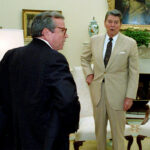