REDTEA NEWS
Tank Gift to Ukraine Exposes the Sad Reality...
The Government Thinks We’re the Terrorists Now
FBI Admits It Uses CIA and NSA to...
The Medical Industry Continues to Fail Patients
Democrats Are About to Learn That Turnabout Is...
If You Like Your Gas Stove, You Can...
McCarthy’s Woes Are Payback a Long Time Coming
The Response to the Twitter Files Is Telling
Are San Francisco’s Killer Robots the Wave of...
The Genocidal Tendencies of Climate Change Crazies
Home News Four Famous People Who Reinvented Themselves After 40
News

Four Famous People Who Reinvented Themselves After 40 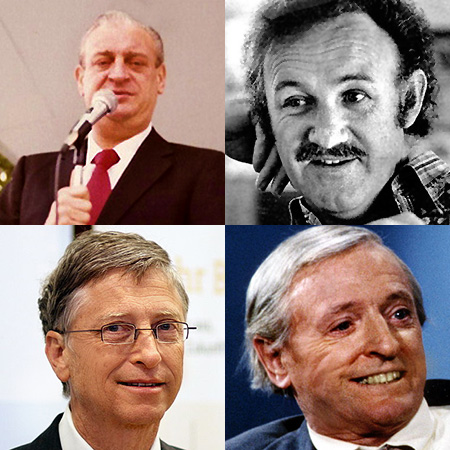 You've heard all the talk about second and third careers. You've told yourself that successful people don’t do that. They just stick with what they've been doing until they get better and better at it.

Really? The truth is most of us get tired of doing just one thing all our lives. According to a Wall Street Journal article, the average person has seven different careers in the course of a lifetime. But career changers are not just for the average workaday person.  Let’s look at some famous people who knew when to call it quits on what they were doing and carve out a path to a new journey.

Rodney Dangerfield – The famous stand-up comic and star of Caddy Shack started life out in Babylon, New York as Jacob Cohen. His father abandoned the family when he was a boy, and he was forced to make his way from one job to the next, and by writing jokes on the side for a few dollars a joke. After a failed marriage, and an uninspiring job selling aluminum siding in his early forties, he finally hit his stride on the legendary Ed Sullivan Show where he launched his “no respect” trademark. Then life changed for Dangerfield. He became a contender in the field of comedy. He even had a third career as a noted movie actor, and a fourth as a nightclub owner, Dangerfield’s in New York City, through which he helped put new comic talent on the map. It’s fair to say that Rodney Dangerfield has earned our consummate respect for his courage to try something new when all else seemed to fail for him.

Gene Hackman – Another superstar whose father abandoned him as a boy, the star of Bonnie and Clyde, The French Connection, and Superman was told by an acting instructor at Pasadena Playhouse in California that he would never amount to anything. By chance, Hackman ran into this same instructor while working as a doorman in New York City and taking small parts when he could get them.  His instructor reminded him of what he once told him. "See, Hackman, I told you you’d never amount to anything.” That particular remark, according to Hackman, set him on fire, and the rest is history.  In 2004, he surprised his fans when he announced he was retiring from acting. Soon afterward, he moved to New Mexico and started a second career writing historical novels with his friend and diving instructor Daniel Lenihan.  He’s sworn off films forever and has never looked back.

Bill Gates – What is there left to say about a man who, for the longest time, was the richest man in the world? Unlike Rodney Dangerfield and Gene Hackman, the IT genius who built Microsoft from scratch could boast a successful father who supported him every step of the way. In 1996, when Gates was 41, he launched what has become the single largest private foundation in the world (as of June, 2013, according to Wikipedia, it had an endowment of $38.3 billion). While he continues to serve on the board of Microsoft Corp., his principal energies are devoted to The Bill and Melinda Gates foundation.

In an America suddenly exploding with baby boomers, a much older “Bill” Buckley distinguished himself as the freelance intellectual who put new blood in the conservative movement. From his dual pulpit as editor of The National Review, and as moderator of the controversial TV program Firing Line, Buckley debated one publicly visible liberal after another and single-handedly turned conservatism into a hip point of view. But in 1976, Buckley reinvented himself as a spy novelist. His Blackford Oates series poses an outlook which, according to reviewers, still serves to underscore Buckley’s reputation as a clear-sighted ideologue.

With the exception of Dangerfield, each of the above celebrities moved from one successful career to another.  But in every case, including Dangerfield’s, courage and tenacity provided their tickets to an “encore” career. 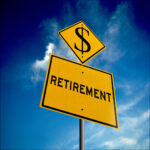 Are You Making the Mistakes That Can Devastate Your Retirement? 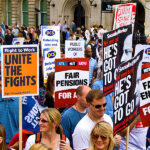