HIT THE ROAD, JILL — New York Times editor-in-chief Jill Abramson was shown the door last week, ending her tenure as the Paper of Record’s first woman editor. Abramson, who has a tattoo of the classic Times “T” on her back, claimed her ouster was over her complaints about being paid less than previous male editors. The Times denied those claims, and mounted a campaign besmirching her handling of the newsroom, all of which makes Abramson’s likely book and speaking tour deal more lucrative. The Times, which beats most liberal causes to death, will now likely bury this story and focus more intensely on wrongdoing by others who don’t hold stock in the company.

AT&T/DIRECTV MARRIAGE — News broke late last week that the telecommunications giant was swallowing satellite television provider DirecTV for close to $50 billion. The deal will still have to jump through anti-trust hoops, but rest assured that you will not see a decrease in your provider bills unless you sign away your first-born, even with economies of scale. If you’re considering a gift, the couple has requested a Monopoly set.

OBAMACARE WEB SITES SCRAPPED — Proving once again that government is best that governs least, it was revealed that four states that spent a combined $474 million building healthcare exchanges have decided to scrap the work. Massachusetts, Oregon, and Maryland have already sent their dysfunctional sites to the slag heap, while Nevada still ponders its next move. Other states are considering the move before the next open enrollment period. Meanwhile, 12-year-olds are successfully building and maintaining database-driven web sites using free software tools.

HAVE MERS, WILL TRAVEL — Health officials in Florida have confirmed four cases of Middle East Respiratory Syndrome (MERS) in the US. The government is telling you not to worry, which is an indication you should prepare to flee. To date, there have been 538 cases in 17 countries, accounting for 145 deaths, according to the World Health Organization. It was also recently discovered that camels carry the virus. Any bets on how it mutated and was passed to humans?

A LADY IN WASHINGTON WRITES, “DEAR CASEY…” — Longtime syndicated radio host and alleged dementia sufferer Casey Kasem was found in Washington State, allegedly enjoying the type of vacation only the demented can understand. Kasem was reported missing by his children, who are locked in a conservatorship battle with his wife. Kasem is 82, and has endured a steady diet of Top 40 radio hits for most of his career.

FEAT OF CLAY — Former "American Idol" contestant Clay Aiken has “won” a North Carolina primary for Congress after his opponent died unexpectedly. Aiken was locked in a close race with a 71-year-old businessman, the ironically named Keith Crisco. Aiken will face Republican Rep. Renee Ellmers for the seat. Ruben Studdard had no comment.

STERLING VOWS TO FIGHT — To the shock and surprise of absolutely no one, Clippers owner Donald Sterling has declined to pay a $2.5 million fine administered by the NBA. In a letter sent by a noted anti-trust attorney, Sterling said he will not pay the fine, but did not mention the possibility of battling to retain his ownership of the franchise. The NBA previously said it would ban him for life. The ball is back in the NBA’s court, with players like LeBron James threatening to boycott the season unless the Donald is gone. Whose bluff will be called first? 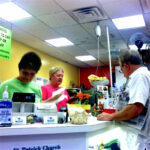 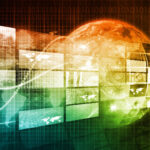