REDTEA NEWS
NASA Wants to Nudge an Asteroid: What Could...
Has President Biden Lost His Mind?
Biden Nominating Communist to Top Bank Regulator Post
What Do You Get With Woke Prosecutors?
Are You Prepared for War? China Is
FBI Investigating Groups That Helped Afghan Refugees Escape
Illinois Passes Legislation to Eliminate Fossil Fuels
Marines Imprison Officer Who Spoke Out Against Afghanistan...
Will Vaccine Mandates Wreak Havoc on New York’s...
Appeals Court Reverses Its Ruling on Under-21s Buying...
Home News The Racist Origins of Gun Control
News 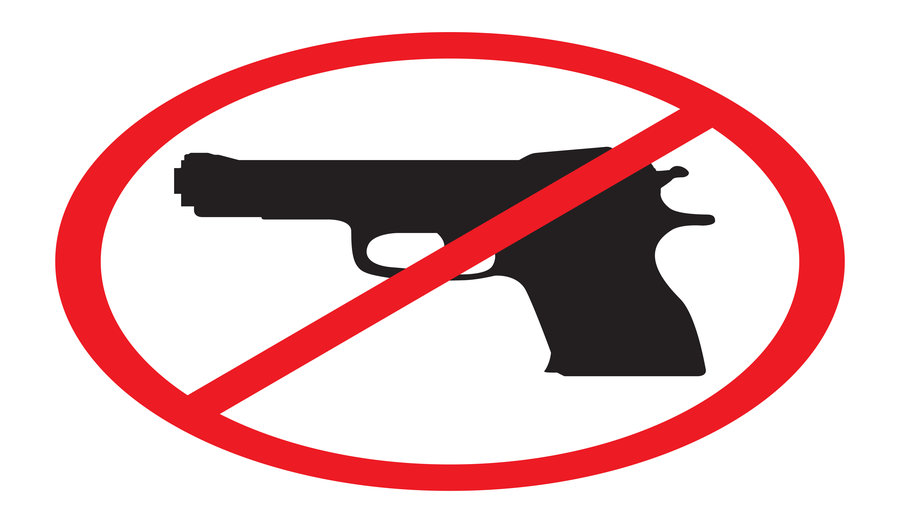 “Common sense gun laws is all we’re asking for,” the oh-so-tolerant left says. “No one’s coming for your guns, stop being so paranoid,” they say, despite tons of evidence to the contrary. Take a look at mainstream news headlines and you’ll see numerous sites calling for repealing the Second Amendment. Take a look at the signs being held and the slogans being chanted at anti-gun rallies – many liberals supposedly just want common sense reform, but many more also vehemently hate guns and would love to see them banned outright. This isn’t hyperbole.

Considering how often progressives like to talk about white privilege, I’m surprised they’re failing to notice it in themselves (actually, I’m not really surprised). These people want much stricter gun controls without putting any effort into critically thinking about who these laws are going to negatively affect the most.

Most of these progressives are relatively well-off, many likely receiving a cushy government salary or pension. They live in safe, predominantly white, suburban neighborhoods. They have much better access to police and neighborhood protection services. These people are so privileged that they don’t have to worry about defending themselves and their families from crime.

They’re so privileged that to them, owning and using a gun seems completely unnecessary and ridiculous. And yet they’re so blind and so trapped in their own echo chamber and ideological bubble that they don’t think twice about how effective these laws actually will be (they won’t be) and who these laws will hurt the most (low-income minorities).

UCLA law professor Adam Winkler writes in his book, “Gunfight: The Battle Over the Right to Bear Arms in America” that: “Few people realize it, but the Ku Klux Klan began as a gun control organization.”

“After the Civil War, the Klan and other violent racist groups sought to reaffirm white supremacy, which required confiscating the guns blacks has obtained for the first time during the conflict.” He also notes that in the 1960s governments and politicians turned to gun control in order to “disarm politically radical urban blacks, like the Black Panthers.”

There are countless examples throughout American history of state and local governments crafting racially biased gun legislation in order to disarm black communities, leaving them vulnerable to lynchings and attacks from white mobs. There are examples of police choosing to only enforce the law against blacks.

Frederick Douglass, at the end of the Civil War, called for federal action to end state and local infringements of the right to bear arms. He said that until this happened, “the work of the abolitionists is not finished.”

Common-Sense Laws Are for the Arrogant and Ignorant

Gun control isn’t the only type of government legislation that came into existence for racist reasons. Minimum wage laws, unions, zoning laws, and many other economic regulations all initially began as means to shut out blacks and other minorities from labor markets and white neighborhoods.

The progressives calling for gun control have no idea what it is like to be a racial minority, to face threats of violence and death, and to be targeted by both racist organizations and the government itself. These progressives have no idea what it is like to live in a socialist dictatorship where guns are outlawed, free speech doesn’t exist, and where you are considered state property. The progressives of today have a terrible understanding of history. They are ignorant to the atrocities, mass murder, and racist targeting committed by governments throughout history. And they are so arrogant that they think that anyone who challenges their views is evil and stupid.

Self defense is a human right and it shall not be infringed.

7 Tips on How to Be More Outgoing, Social, and Alive