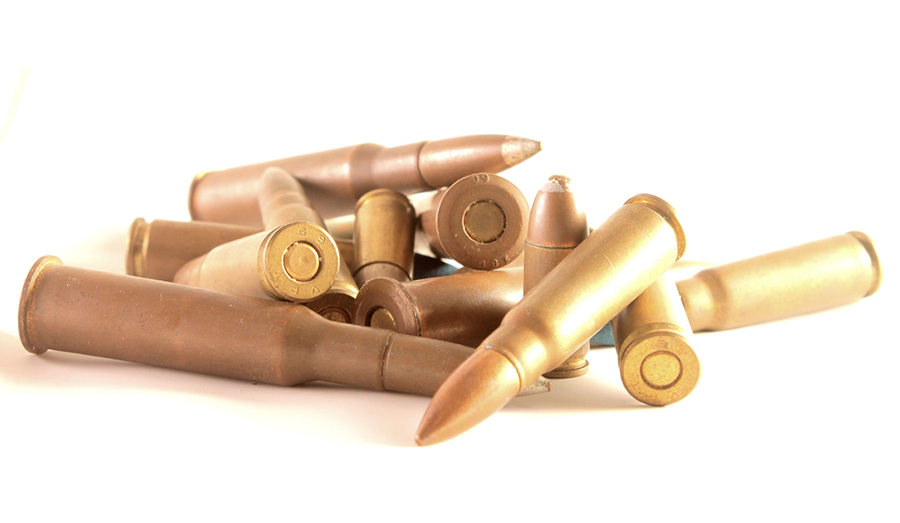 While many people choose firearms in common calibers and stock up on readily-available ammunition, there are some who just like different calibers, either because they’re more obscure or because they offer better performance than run-of-the-mill calibers. For survival purposes, they also see the benefit in having firearms that only they may be able to use, since anyone who tries to steal from them or disarm them won’t have ammunition to feed them. So if 9mm handguns and 5.56mm rifles aren’t your thing, here are a few less-common calibers that you might consider.

The most popular revolver cartridges in the United States are the .38 Special and .357 Magnum. A revolver chambered in .357 Magnum is able to fire both of them, enabling you to shoot some pretty stout loads in .357 and shooting much milder loads in .38. But these revolver cartridges can also form the basis of a two-gun system, with both a revolver and a lever-action rifle firing the same ammunition.

The plethora of Winchester 92-style lever action rifles available today include many chambered in .357 Magnum. They attract less attention than an AR-15 but still are capable of holding 10 rounds of very effective ammo. 158-grain bullets out of rifle barrels can get up to 1800 feet per second, or you can use the heavier 180- and 200-grain bullets for hunting, which should give good performance on deer and black bear.

The .45 Colt cartridge was once seen as all but dead. But thanks to recent interest in Cowboy Action Shooting the cartridge has experienced a resurgence. Improvements in brass case manufacturing mean that modern .45 Colt cartridges can be loaded to higher pressures than they were in the 19th century, at least in firearms that are capable of taking the strain.

Again, that means that .45 Colt is capable of forming the basis of a two-gun system, with both a revolver and a rifle chambered in the same caliber. .45 Colt can be fired in revolvers chambered in .45 Colt, .454 Casull, and .460 S&W Magnum. They can also be fired in Winchester 92-style rifles that are chambered in .45 Colt. Loads can range from 250-grain bullets moving at 800-900 feet per second, which is about on par with .45 ACP, all the way up to 360-grain hard cast lead bullets leaving a rifle barrel at 1500+ fps. Those powerful loads out of a rifle are capable of taking just about any game in North America.

The 16 gauge shotshell is probably the most under-appreciated shotgun caliber around, at least in North America, sitting as it is right between the 12 gauge and 20 gauge. That’s due to the development of skeet shooting, which allowed for four calibers: 12 gauge, 20 gauge, 28 gauge, and .410. Because skeet grew in popularity, ammunition manufacturers catered to shooters of those four gauges and let the 16 gauge languish. That’s not the case in Europe, where 16 gauge is still relatively popular, particularly among hunters who use drillings or combination guns.

16 gauge shotguns are often built on slightly smaller frames than their 12 gauge counterparts, making them lighter, easier to carry, and easier to bring up quickly to the shoulder. Factory loads generally run around 1 ounce of shot, the sweet spot for the 16 gauge. Occasional imports of Brenneke slugs in both 2.75” and 2.5” shell lengths allow for hunting larger game such as deer and bear at short ranges. And because ammo isn’t always the easiest to find, 16 gauge shotguns are normally only of interest to the handful of 16 gauge enthusiasts, meaning that prices of those older shotguns are often less than those of comparable 12 gauge or 20 gauge guns.

6.5 Grendel was created by necking the 7.62x39 case down to 6.5mm and blowing out the shoulders to create a straighter-case. The resulting cartridge can push bullets of the same weight as 7.62x39 to higher velocities from the same length barrel, but with superior ballistics. Because 6.5mm bullets are some of the most aerodynamic on the market, they drop and drift less than shorter, stubbier .30-caliber bullets. That makes them well-suited for longer-range shots. In some loads the Grendel can even rival the power of the larger 6.5x55 Swedish Mauser cartridge.

Now that 6.5 Grendel is an SAAMI-approved cartridge, more manufacturers are building firearms in the caliber and more ammunition manufacturers are producing ammo. Steel-cased 6.5 Grendel ammunition can be purchased for not much more than the cost of steel-cased 7.62x39 ammo, and it’s safe to fire in AR-15 uppers chambered in 6.5 Grendel. Because an AR-15’s caliber can be changed merely by swapping upper receivers, switching from 5.56 NATO to 6.5 Grendel is as easy as attaching a new upper receiver group to the lower receiver, as well as using magazines that are designed to feed the 6.5 Grendel. With the cartridge’s increasing popularity, more and more ammunition choices are being made available.

7mm-08 is merely the .308 Winchester necked down to accept 7mm bullets and has consistently been within the top 10 or 20 most popular cartridges for years. Since 7mm bullets are more aerodynamic than .30-caliber bullets, that provides increased ballistic performance downrange. Even though the 7mm-08 requires lighter bullets to reach the same velocity as .308 Winchester, the improved aerodynamic performance means that the 7mm-08’s bullets begin to eclipse the .308’s bullets in muzzle energy after about 250 yards while also maintaining a flatter trajectory. In areas where 200-yard shots or longer are the norm, the 7mm-08 might be worth looking into to replace .308 in your armory.

With the end of the Cold War came a flood of surplus rifles from Eastern Europe. SKS’s were imported into the United States by the container-load, as well as many newly-manufactured semi-auto Kalashnikovs and AK parts kits. Because of cheap surplus ammunition being imported at the same time, 7.62x39 established itself as the bargain caliber of choice for those looking to stockpile ammunition. Steel-cased 7.62x39mm ammunition can be purchased for about the same price as it costs to purchase just the bullets available to handloaders. While you won’t find police agencies or the military using this ammunition, its use is widespread among gun owners and hunters. The only downside is that most of the commercially-available ammunition is imported from Russia. Sanctions against Russia threaten to disrupt that supply.

The .45-70 is another cartridge that is seeing a resurgence due to Cowboy Action Shooting and the nostalgia for the Wild West. While the original rifles and cartridges were loaded to levels that now have been surpassed even by some handgun cartridges, advances in steel and brass metallurgy have enabled the production of modern .45-70 lever-action and single-shot rifles that are able to fire 540-grain bullets at 1550+ fps. Those bullets have been used to stop grizzly bears and take all of Africa’s Big Six (elephant, lion, leopard, buffalo, rhino, and hippo.) Not bad for a cartridge that was long thought to be obsolete. And like the .357 Magnum and .45 Colt, loads can be found that range from super-light to super-heavy to cater to all types of shooting needs.

The 10mm handgun cartridge was conceived as the answer to law enforcement officers’ needs for a handgun cartridge reliable enough to stop criminals in their tracks. The cartridge was adopted by the FBI in the aftermath of the 1986 Miami shootout, although it was quickly replaced by the agency with the shorter, weaker .40 S&W as a result of complaints about excessive recoil. Like some of the other cartridges above, the 10mm Auto can be loaded down to .40 S&W levels, or loaded up to levels approaching the .44 Magnum.