REDTEA NEWS
NIH Royalty Payments Bring Up Conflict of Interest...
The COVID Narrative Is Changing Before Our Very...
Dishonesty Is the Left’s Stock-In-Trade
FBI Whistleblowers Coming Out of the Woodwork
Are You in a Government Database? Probably So
Leftist Tolerance on Display in Wake of Roe...
China Demands Censorship of US Landmarks in Movies
Biden Administration Clueless About Border Fiasco
The Left’s Meltdown Over Roe v. Wade
The Left’s Censorship Campaign Is Backfiring
Home Survival 5 Top Ammunition Choices for SHTF
Survival 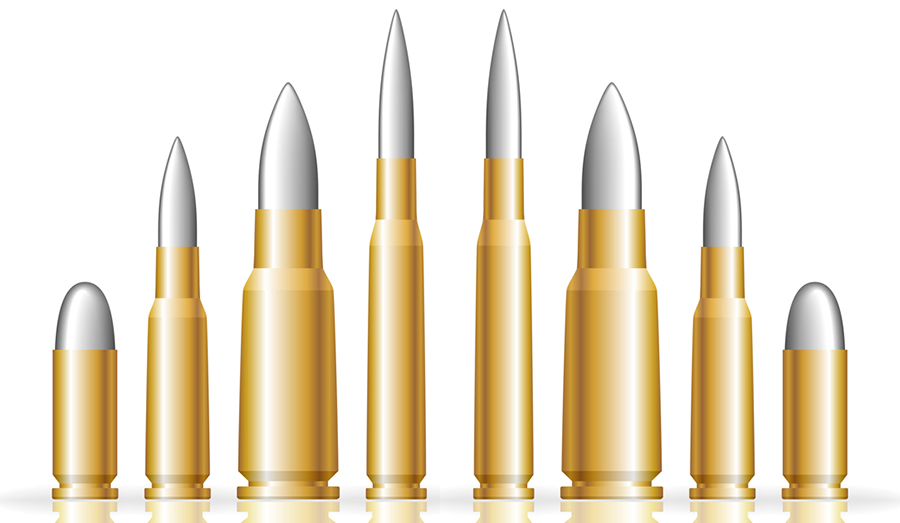 When the stuff hits the fan, a lot of people are going to be glad that they have guns and ammo to defend themselves. And while gun and ammo choices often fall to personal preference, one commonly-seen choice is to stockpile guns and ammunition that are popular, easy to find on store shelves, and likely to be stumbled upon if you happen to take over someone else’s ammo stores. If you subscribe to that way of thinking, here are some of the top choices for firearm calibers.

The standard service rifle cartridge for the United States and NATO, 5.56 is the most common caliber you’ll find in the United States as well as being the top-selling rifle cartridge. Because it’s so much weaker than most normal hunting rifle calibers, rifles chambered in 5.56/.223 offer less recoil and are easier on the shoulder to smaller shooter such as women and children. When SHTF rolls around, 5.56/.223 ammunition will be the most common ammunition you come across and also the highest in demand.

The second most popular cartridge in the United States, used in general purpose machine guns throughout NATO and in sniper rifles in both military and police. 7.62x51 NATO replicated the ballistics of the old .30-06 Springfield cartridge with lighter-weight bullets, just in a smaller package. Muzzle energy of the 7.62/.308 is nearly double that of the 5.56, so recoil will be much more noticeable. 7.62/.308 is capable of taking just about any game in North America with the right bullets, although it shouldn’t be trusted as a stopping cartridge on big brown and grizzly bears.

Rifles chambered for 7.62 NATO should not be fired with .308 Winchester ammunition, as .308 Winchester is loaded to significantly higher pressures than 7.62 NATO. Most rifles chambered in 7.62 NATO are also semi-automatic (FN FAL, H&K G3, AR10/LR308, M1A, etc.) and should be limited to using 7.62 ammunition for proper bolt cycling and minimizing wear and tear on gas system components.

The most popular shotgun cartridge in the country and perhaps the world, and definitely the most versatile. Available loads for the 12 gauge range from 1.5” mini-shells all the way up to 3.5” magnums for hunting turkey, duck, and goose. Most shotguns sold today are chambered for 3” shells, allowing the shotgun owner to shoot shotshells up to 3”.

Because 12 gauge is so popular, it’s available in a wide variety of loadings. From low-pressure loads for old doubles, to low-recoil buckshot and slugs, to heavy steel loads for waterfowl, 12 gauge shells can be found loaded with just about every size of shot and every energy level. That allows both beginning shooters and recoil junkies to shoot the 12 gauge with ease.

Another top-selling cartridge and far and away the best-selling rimfire cartridge, .22 LR is the favored cartridge for introducing new shooters to firearms. Recoil is almost non-existent and ammunition is abundant and inexpensive, recent increases in demand notwithstanding.

The top-selling handgun cartridge in the United States and probably the most popular handgun cartridge worldwide, 9mm has been around for over 100 years. The cartridge offers enough energy to achieve terminal effectiveness while still allowing smaller shooters to control recoil. In full-sized handguns it offers magazine capacity of 17 or 18 rounds, or it can be used in smaller pocket pistols of 6-10 round capacity to offer more punch than the normal .32 ACP or .380 ACP chamberings. Because of its popularity, you should have no trouble coming across it when things get rough.

No list would be complete without the .30-06 Springfield, which remains the 3rd-best selling cartridge in the United States. While the .308 Winchester can just about match the .30-06’s ballistics with lighter bullets, the .30-06 begins to pull away with heavier loadings. At 180 grains or above the .30-06 is the clear choice, and factory ammunition can be found loaded with bullets as heavy as 220 grains. Handloaders can load bullets as heavy as 250 grains for use against large, tough game.

Introduced in 1895, the .30-30 Winchester is still the 4th-best selling cartridge in the country. If you’ve ever handled a lever-action rifle, chances are it was chambered in .30-30. In terms of total sales, the Winchester 94 and Marlin 336 are probably still the most-sold rifles in American history. The .30-30 continues to see service in hunting fields and forests and is more than capable of taking deer and black bear in the Eastern United States. Even with the newer flex-tip ammunition its performance at distance leaves a bit to be desired, but unless you’re taking wide-open shots at 300+ yards the cartridge should serve you just find.

Entering government service in 1911, the .45 ACP remains one of the top-selling handgun cartridges in the country. While it may not be as popular as 9mm, it’s still #2 and a favorite of shooters who prefer the 1911 pistol over the latest polymer striker-fired pistols. Its reputation for stopping power helps to maintain its popularity, and there isn’t a sporting goods store in the country that doesn’t stock ammo for the good ol’ .45.