REDTEA NEWS
Challenge the State, Lose Your Job
Hollywood Elites Befuddled by Concerns of Ordinary Americans
The Medical Industry Continues to Fail Patients
Red Wave? What Red Wave?
Leftists Melting Down as Musk Takes Over Twitter
Fetterman’s Disability Can’t Be Covered Up
Kanye West the Latest Victim of Last Gasp...
Alex Jones Verdict a Loss for Free Speech
Under Biden, Even the Air Force Can’t Escape...
While US Continues to Focus on Russia, China...
Home Survival A Three-Gun Survival Battery for Any Eventuality
Survival 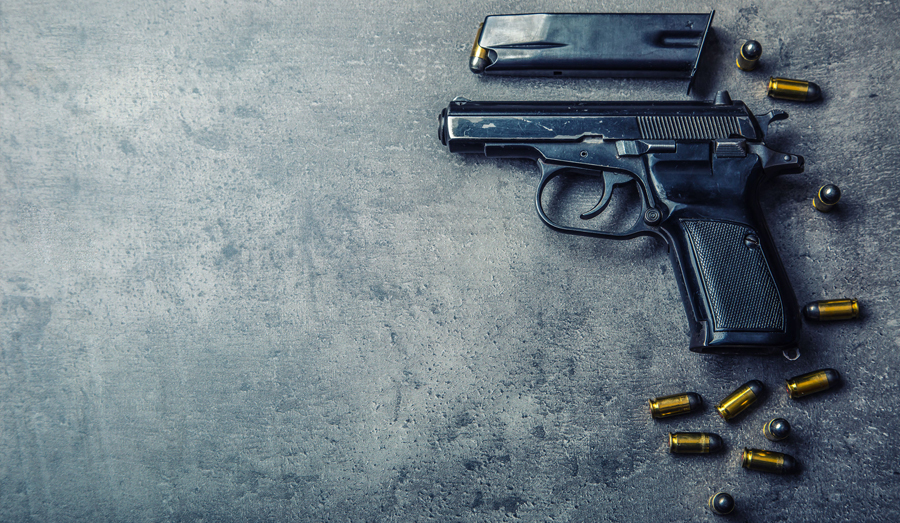 As the old saying goes, it’s better to have a gun and not need it than to need it and not have it. That will never be more true than where there’s a societal breakdown or some other sort of major disturbance. When you need a gun, you really need it – there’s no time to wait. But not everyone out there is super-interested in guns, so which ones will be the most use to them?

The most versatile firearm for most people will be a 9mm pistol. It can be carried concealed, it can be carried in a purse, on the seat of your car, etc. Ammunition can be found at any Wal-Mart or sporting goods store. Buying a popular pistol such as the Glock 19 is a good bet. They’re relatively cheap, accessories and magazines can be found just about anywhere, and the smaller size versus the Glock 17 makes it easier to conceal and easier for women and smaller people to shoot. A pistol is ultimately a self-defense weapon, and serves that purpose well.

Next up is a 12-gauge pump shotgun. They are ubiquitous. The Mossberg 500/Maverick 88 and the Remington 870 are the two most common pump shotguns around. Again, you can find them at any Wal-Mart or sporting goods store, along with plenty of 12-gauge ammunition. Even for women and smaller shooters the 12-gauge is a good choice as long as it’s not too heavy. While the 12-gauge can be loaded with heavy slugs and magnum buckshot loads to take big game, it can also use light target loads for bird hunting or low recoil slugs and buckshot for self defense. The versatility and variety of factory ammunition available for it gives it the edge over a 20-gauge shotgun.

Finally, a .22 rifle such as the Ruger 10/22 would round out the battery. A .22 doesn’t make much noise and can be used to easily dispatch small game. As many poachers will attest, it will even take deer with proper shot placement. It may be weak, but it’s certainly capable of killing if you need it to. Ammunition for the .22 is also available everywhere.

While the three guns above will suit the majority of people in this country who live in urban, suburban, or forested areas where shots will be under a hundred yards, those who may have more open sight lines may want to expand their three-gun battery by getting a fourth gun, a centerfire rifle. This is where choices start to get personal. A bolt-action hunting rifle such as the Remington 700 or Savage 11/111 can be a good choice. Chambered in common calibers such as .308 Winchester and .30-06 Springfield, they can easily reach out several hundred yards.

For people in states that allow them, AR-15s could be a good choice too, especially now that prices have dropped in recent months. They can play multiple roles: self defense, varmint shooting, deer hunting, etc. The AR-15 is probably the most popular rifle in America right now, and parts, magazines, and ammunition are everywhere. And because of the AR-15’s modularity, you can simply swap out the upper receiver group for one in a different caliber from 5.56 NATO and improve the versatility of the rifle.

Of course, there’s no reason to limit yourself to three or four guns if you want more. Every gun is a tool with a different purpose. Just like you have a dozen different hammers, wrenches, or screwdrivers to be ready for every repair you might need, each gun is best in a certain situation. These few, however, should form the basis of any solid battery of guns and can handle just about any scenario that might arise.