REDTEA NEWS
Tank Gift to Ukraine Exposes the Sad Reality...
The Government Thinks We’re the Terrorists Now
FBI Admits It Uses CIA and NSA to...
The Medical Industry Continues to Fail Patients
Democrats Are About to Learn That Turnabout Is...
If You Like Your Gas Stove, You Can...
McCarthy’s Woes Are Payback a Long Time Coming
The Genocidal Tendencies of Climate Change Crazies
The Response to the Twitter Files Is Telling
Are San Francisco’s Killer Robots the Wave of...
Home Survival Could You Live Off the Grid?
Survival 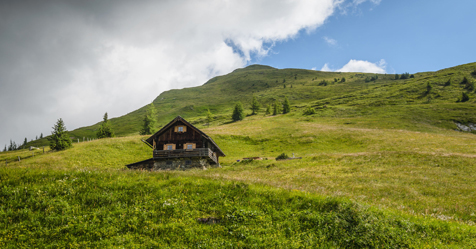 No one likes paying bills. Gas, water, power, and other utilities always seem to be going up no matter how much you conserve. Sometimes you might wish there were a way to become self-sufficient, rather than remaining beholden to others for basic needs like heat and electricity.

Well, there is a way. You could live off the grid. To do so, you’d have to invest a tremendous amount of time and money. It’s not for everyone, but if you’re up to the challenge, it can be a rewarding pursuit.

There are some for whom living off the grid means quitting their job, moving to a cabin in the woods, and becoming entirely self-sufficient, including finding their own food and employing wilderness survival skills. For our purposes, though, we’ll look at the concept of freeing yourself from reliance on paid utilities, while still remaining in society. Here are some of the things you’ll need:

There are a number of ways to generate electricity for your home. One of the most popular is solar power. Panels are installed on your roof to capture the sun’s energy, which is then converted into electrical power. They can be expensive to install, but the amount you save on electric bills lets them pay for themselves over the course of a few years.

Some people also look into wind power to produce power: turbines that spin as they’re blown by the wind to generate electricity. On a larger scale, it’s a cheap, clean, renewable fuel source that can help power cities. However on an individual scale they’re less efficient and aren’t likely to be worthwhile.

Depending on where you live, hydroelectric power could be an option, as well as several other self-sufficient, renewable energy sources. Do some research and see which options are best suited to your needs and surroundings.

In order to get your own water, your best option is to dig a well. This takes a little bit of work, but it’s a simple and relatively cheap solution. An estimated 15% of Americans get their drinking water from wells already. If you live near a river or other clean water source, this can also be an option—though you may want to create some form of irrigation, rather than traveling back and forth to the source every day to get what you need.

Wherever you get your water from, though, it’s important to make sure it’s clean and safe to drink. There are tests you can perform to confirm this before you start using it for consumption.

You Don’t Need a Sewer?

This may be a little too off the grid, in fact it may be where the rubber hits the road for some. But for others, even those who are happily on the grid, the fact that they live on a steep hill or far out of town may require an alternative sewage solution.

In order to get rid of waste, you’ll need a septic tank. It can be expensive to install, but like solar power, will eventually pay for itself. It does require regular upkeep, however. Every two to three years it needs to be pumped out to eliminate buildup.

Baby, it's Cold Outside

Particularly if you live in an area with cold or snowy winters, you can’t live off the grid without some form of heat. But even if you’re in sunny Florida, it’s still necessary to allow for things like cooking, hot showers and more.

There are a variety of different methods. A propane system is best for heating water, while a wood burning stove may work better for cooking. All of these things cost money, and unlike some of the other off-the-grid options, they likely won’t help you save over time. In most places, a monthly gas bill is far cheaper than the regular cost of enough wood and propane to get you through the winter. Still, the money you’re saving elsewhere could make up for it.

These are just a few of the things you’ll need if you want to live off the grid. It’s a lot of work and plenty of money. You shouldn’t attempt it unless you’re serious and committed. But if the idea of being self-sufficient and no longer having to pay for utilities appeals to you, and seems worth the effort, then by all means do the research into what it would take. It may just be the most freeing decision you ever make. 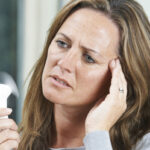 Menopause Making You Grumpy and Sleepy? Should You See a Doc? 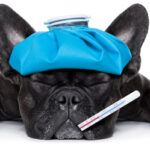