REDTEA NEWS
Democrats Don’t Care How Much You Suffer
The Real Purpose of the Second Amendment
Why Gasoline Prices May Never Come Down
Are We in Civil War Already?
The Narrative Is So Transparent It’s Laughable
Another Pro-Life Pregnancy Center Firebombed
Attempt on Kavanaugh’s Life Shows the Danger the...
Inflation Causing Americans to Change Spending Habits
American Gun Owners Are the Last Line of...
Democrats Still Don’t Understand Guns or Gun Owners
Home Survival Survival Firearms Battery: The Beretta 92 Pistol
Survival 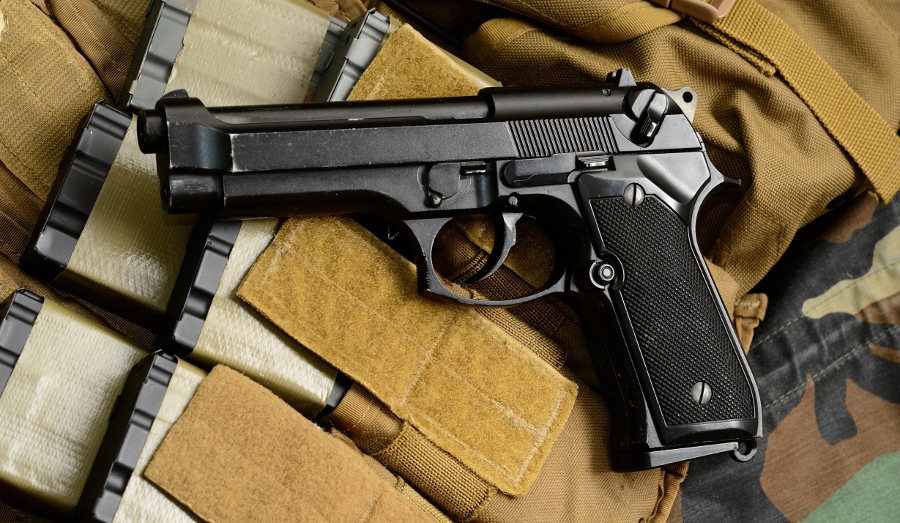 When the US military decided to replace the 1911 pistol as its standard sidearm, many firearm enthusiasts were apoplectic. The military’s decision to replace the vaunted .45 with a 9mm pistol was seen as a repudiation of all the reasons the military had decided on the .45 in the first place. But the pistol with which it was replaced, the Beretta 92 (adopted as the M9), has gone on to have a long history not only with the US military but also with numerous other armed forces.

In design the Beretta 92 is probably most similar to the German P38 pistol. Its advances included a system of direct feeding from the magazine to the barrel, thus negating the need for a feed ramp, and its double-stack magazine. The Beretta 92 wasn’t the first high-capacity 9mm pistol; it was beaten to the punch by the Browning Hi-Power many years previously. Nor was the Beretta 92 striker-fired like later pistols such as the Glock 17. But with its 15-round magazine capacity the Beretta 92 helped to usher in the era of the “Wonder Nines.”

Advantages of the Beretta 92

1. Wide Availability of Parts and Accessories

The adoption of the Beretta 92FS as the M9 in US military service meant an increase in the pistol’s popularity in the US. As one of the first high-capacity 9mm pistols to be available in the US, there are many Berettas floating around out there, and parts and accessories are relatively easy to find.

Like many other popular pistols, clones of the pistol have been produced for the firearms market. The most common one in the United States is the Taurus PT92, a Brazilian-made copy of the Beretta 92 that features some improvements to the design, including a standard 17-round magazine, and that costs about $100-200 less than the Beretta.

Disadvantages of the Beretta 92

Because of its open slide design, shared with the P38, the Beretta has a tendency to bite the hands of users who allow the slide to close slowly, either when cocking the pistol or when checking the magazine to see if a round is chambered. Parts of the hand or fingers can easily be caught between the barrel and the slide, leading to a painful, although not serious, pinching injury.

Some older Beretta 92s have entered the US market after being removed from service by European police forces. Like many pistols in Europe, they have a heel-mounted magazine release that is more difficult to operate than the conventional button release that American shooters have been used to since the 1911. If you’re looking to buy a Beretta 92 and the price looks amazingly cheap, make sure that the pistol doesn’t have a heel release.

The Beretta 92 was great for its day, but more modern pistols offer higher magazine capacities, smaller sizes, lighter weight, and don’t have a protruding hammer that’s prone to snag on clothing when carried concealed. As a service pistol the Beretta 92 is perfectly capable, but if you’re looking for a pistol that you can carry concealed for everyday wear, or a pistol that you can trick out for shooting competitions, there are probably better options out there.