REDTEA NEWS
Tank Gift to Ukraine Exposes the Sad Reality...
The Government Thinks We’re the Terrorists Now
FBI Admits It Uses CIA and NSA to...
Democrats Are About to Learn That Turnabout Is...
If You Like Your Gas Stove, You Can...
McCarthy’s Woes Are Payback a Long Time Coming
The Response to the Twitter Files Is Telling
Are San Francisco’s Killer Robots the Wave of...
The Genocidal Tendencies of Climate Change Crazies
The Siren Song of Being “Moderate”
Home Survival Survival Firearms Battery: The Remington 870
Survival 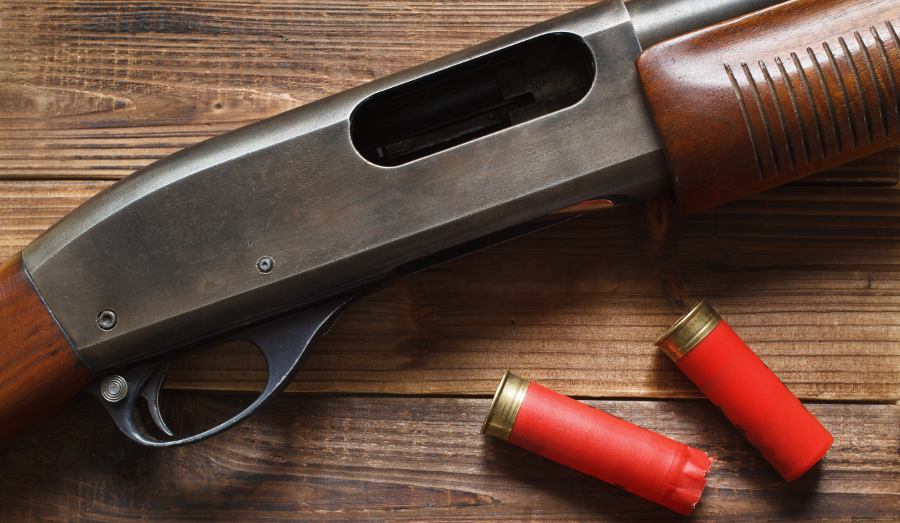 One of the first guns that many people buy is also one of the most versatile: the shotgun. With a shotgun you can hunt anything from squirrels to rabbits to ducks to deer. Perhaps no other type of firearm is as iconically American as the pump-action shotgun. And perhaps no other pump shotgun has become as popular as the Remington 870.

The Remington 870 was introduced in 1950 to replace the Remington Model 31. The Model 31 was one of the smoothest shotguns to operate, but its high manufacturing costs meant that it was nowhere near as popular as the Winchester Model 12. The 870, however, became so popular that it eventually forced the Model 12 out of production. By 1973 over 2 million 870s had been produced, matching the Model 12’s production figures. Fast forward to today and over 12 million 870s have been produced. Of all the hunters, sport shooters, and police agencies that use shotguns, there’s about a 50/50 chance that they’re using a Remington 870.

You’ll be able to find the Remington 870 in numerous configurations and in all common shotgun calibers – 12, 16, 20, and 28 gauge, as well as .410 bore. And because of its popularity, there is a huge aftermarket of suppliers offering parts and upgrades for the 870. From different types of stocks and forends, to different barrel lengths, chokes, and extended magazine tubes, there are numerous upgrades that you can make to ensure that your 870 fits whatever you need it to do.

With the number of 870s produced and production still ongoing, the Remington 870 can be found everywhere. And because the design is no longer patented, foreign manufacturers are producing cheap 870 clones too. You’ll be able to find parts and accessories at any place that sells guns, from your local gun shop to Walmart.

The Remington 870 is in service with police and military agencies around the world. It’s a workhorse that won’t let you down.

All guns that are more than 50 years old are eligible to be purchased as curios & relics. That means that anyone holding a C&R (Type 03) Federal Firearms License can purchase them and have them shipped directly to their home. Currently all Remington 870s produced before 1968 are C&R eligible, meaning that the high-quality and well-finished shotguns from that era can be shipped straight to your door.

As with all firearms, rising production costs have caused manufacturers to cut costs wherever they can. Remington introduced the 870 Express models as a lower-cost alternative to the 870 Wingmaster, which had been the standard version. Metal parts in the Express will see less finishing and hand fitting, so you can expect the actions to be a little less smooth. Wood stocks and forearms will also be made from laminated wood or synthetic material to cut costs even further. While the Express is perfectly serviceable, you may be able to find older used Wingmasters that offer higher quality at similar prices.

Even with the low cost of the 870 Express you can expect to pay at least $300-350 at your local gun store. That makes the 870 quite a bit more expensive than competitors such as the Mossberg 500, Maverick 88, or foreign clones that can be purchased for around $200. While that doesn’t make much of a difference for people who have the money to spend, if you’re on a budget then a brand new 870 might be a little too expensive.

Why the Trade War With China Will Be Hard to Win