REDTEA NEWS
Will Monkeypox Be the Next Big Health Scare?
Are Democrats Going to Push Price Controls?
NIH Royalty Payments Bring Up Conflict of Interest...
The COVID Narrative Is Changing Before Our Very...
Dishonesty Is the Left’s Stock-In-Trade
FBI Whistleblowers Coming Out of the Woodwork
Are You in a Government Database? Probably So
Leftist Tolerance on Display in Wake of Roe...
China Demands Censorship of US Landmarks in Movies
Biden Administration Clueless About Border Fiasco
Home Survival Survival Food – Hardtack
Survival 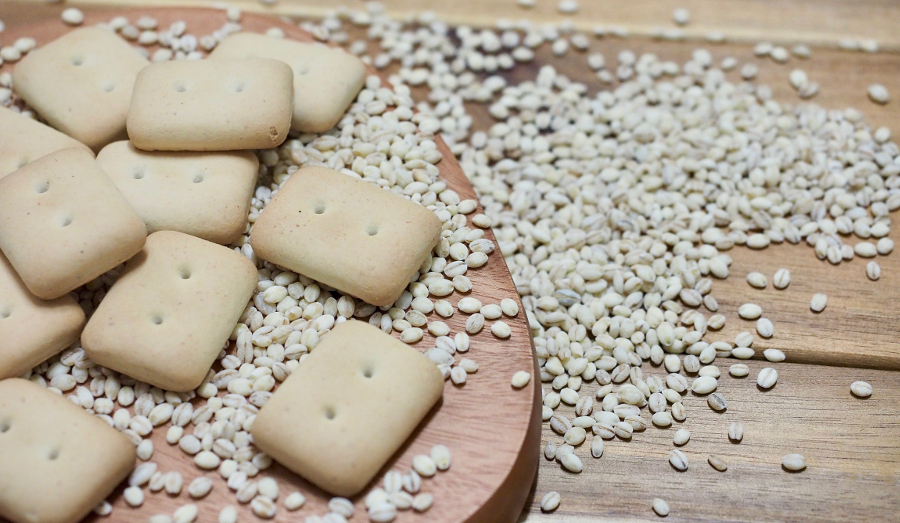 When times get tough, food may be hard to come by. That means that you may need to scrounge for any morsel you can, or make your own food if nothing is readily available. One of the staple recipes for a last-ditch survival food is hardtack. A mixture of flour, water, and salt, hardtack doesn’t sound very appetizing. But when you realize that the only difference between hardtack and breads such as baguette or ciabatta is that hardtack lacks yeast, you realize that the nutritional difference between the two is negligible.

The major difference is in texture. Since hardtack doesn’t use yeast, and is kept as dry as possible after baking to ensure maximum shelf stability, it is as hard as a rock. Hardtack was the model for the cram and lembas breads mentioned by J.R.R. Tolkien in The Hobbit and The Lord of the Rings. Cram, in particular, is mentioned as “more of a chewing exercise” than as a pleasant food to eat. Hardtack is much the same.

Perhaps you learned how to make hardtack in school when learning about what soldiers ate during the Civil War, or when learning about the food eaten by seafarers of old. Perhaps you even tried some of that hardtack and were afraid that you’d break your jaw or chip a tooth. If you try to eat hardtack by itself, that’s certainly a possibility. But traditionally, hardtack would be softened in order to eat it.

Sometimes hardtack may naturally soften through exposure to humid conditions. That of course will lessen its shelf life. But if hardtack remains hard, you can dip it in coffee, milk, beer, or any other liquid to help soften it. You can break it into crumbs and put it into soup like a soup cracker.

One simple way to eat it is to create a soup broth out of a bullion cube and water, then soak the hardtack in the broth until soft. You wouldn’t want to eat like this for a long period of time, but in an emergency when food is in short supply this will help provide you with energy and nutrition to keep you functioning.

1. Mix the flour, salt, and water together and knead the dough until it is easy to work with and no longer sticky. Add additional water or flour to adjust the dough’s consistency if need be.

2. Roll the dough out with a rolling pin until thin.

5. Optionally, poke holes in the top of the dough with a fork or with a toothpick, similar to the holes seen on shortbread.

7. Remove from oven and allow to cool completely before storing.

If you live in a dry climate, you can leave the hardtack out for a few more days to dry out completely. When fully baked and dry, hardtack should have the consistency of a rock. Store in a cool, dry place and consume before it softens.