REDTEA NEWS
NIH Royalty Payments Bring Up Conflict of Interest...
The COVID Narrative Is Changing Before Our Very...
Dishonesty Is the Left’s Stock-In-Trade
FBI Whistleblowers Coming Out of the Woodwork
Are You in a Government Database? Probably So
Leftist Tolerance on Display in Wake of Roe...
China Demands Censorship of US Landmarks in Movies
Biden Administration Clueless About Border Fiasco
The Left’s Meltdown Over Roe v. Wade
The Left’s Censorship Campaign Is Backfiring
Home America Now Whether Climate Change or Coronavirus, Central Planning Is Folly
America NowBreaking News

Whether Climate Change or Coronavirus, Central Planning Is Folly 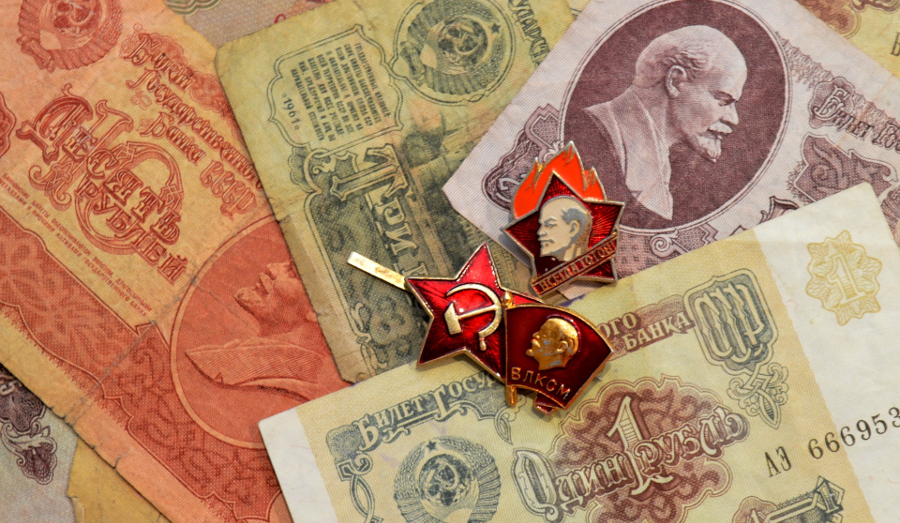 If the failure of the Soviet Union should have taught us anything, it was that central planning was and always will be a failure. The inability of central planners to replicate the functioning of a market economy was well known, yet the Soviets and their fellow travelers around the world insisted that centralized decision-making would be more efficient and effective than capitalism. How wrong they were.

Ludwig von Mises exploded the myth of centralized planning in the 1920s, with his arguments during the socialist calculation debate. Fellow Austrian economist Friedrich Hayek echoed similar arguments in his speech accepting the 1974 Nobel Prize in Economics, the “Pretence of Knowledge” speech. The final paragraph, in particular, bears attention.

If man is not to do more harm than good in his efforts to improve the social order, he will have to learn that in this, as in all other fields where essential complexity of an organized kind prevails, he cannot acquire the full knowledge which would make mastery of the events possible. He will therefore have to use what knowledge he can achieve, not to shape the results as the craftsman shapes his handiwork, but rather to cultivate a growth by providing the appropriate environment, in the manner in which the gardener does this for his plants. There is danger in the exuberant feeling of ever growing power which the advance of the physical sciences has engendered and which tempts man to try, “dizzy with success”, to use a characteristic phrase of early communism, to subject not only our natural but also our human environment to the control of a human will. The recognition of the insuperable limits to his knowledge ought indeed to teach the student of society a lesson of humility which should guard him against becoming an accomplice in men’s fatal striving to control society – a striving which makes him not only a tyrant over his fellows, but which may well make him the destroyer of a civilization which no brain has designed but which has grown from the free efforts of millions of individuals.

While Hayek’s and Mises’ criticisms were directed at central planning in economics, the desire for central planning spans across numerous disciplines, particularly those in which practitioners are ignorant of economics. We see that in the numerous “city planner” departments that exist in this country. And now we’re seeing it among medical professionals, whose policy prescriptions to combat coronavirus echo the totalitarian proposals of communists and ignore the effects those policies have on Americans’ lives.

But it doesn’t require being well-versed in economics to understand that shutting the economy down in order to combat a virus is incredibly destructive. The arguments against the current lockdowns are many, but they all boil down to arguing against those who trust centralized planning over decentralized decision-making.

1. We Don’t Know How Dangerous This Virus Is

Read a dozen different articles about the coronavirus and you’ll read a dozen different opinions about how dangerous the virus is. No one is really certain how contagious it is, how many asymptomatic carriers there are, and what the actual mortality rate of the disease is. Yet there is a rush among health authorities to shut down entire societies, indeed even the entire world, just because there is a slight probability that this disease might be deadlier than common illnesses such as the flu.

The central planners at the WHO, CDC, and other public health agencies believe that their own thoughts on this virus take precedence over the decision-making abilities of others, and they’re going to double down on their decisions despite the growing amount of evidence that they’re destroying the economy. They don’t care, because they want power more than anything else, and if that means destroying the economy to get their way, so be it. They’re the very epitome of the pretense of knowledge that Hayek warned against.

2. We Can’t Be Sure of Growth Rates

There’s an assumption that people who test positive for coronavirus are just getting the virus for the first time, and that those who test negative for the virus have not yet succumbed to it. But that’s not true. Because we don’t know the history of this virus, we don’t know where it came from, how it developed, or how it will develop further in the future.

For all we know, this virus could have existed a year or two ago around the world, mutated in China, and then exited to the rest of the world. Or even if it is indeed new, those testing negative today may have already had mild forms of the disease and recovered. When health authorities talk about 20% of patients requiring hospitalization, they’re only talking about 20% of those testing positive for the virus. Asymptomatic carriers, those who may have already had the virus and recovered, and those immune to the virus aren’t counted in those statistics, so the “official” statistics very likely are dead wrong and highly alarmist.

Because viruses are invisible to the naked eye, their movements can’t be seen. While this coronavirus is called a “novel” or new coronavirus, there’s no telling exactly how old it is and how long it has been around. Researchers are still trying to figure out where the virus came from, how it traveled around the world, etc.

Yet despite not knowing how the virus spreads and why it affects certain people in different ways, health authorities are trying to get people afraid that anyone who comes down with the virus could die a horrible death. Then they use that fear they’ve instilled to argue that, “See, people are freaking out, so we have to take action.” It’s completely circular and question-begging, but they don’t care, as long as they get more power.

4. Garbage In, Garbage Out

Much of the decision-making on the part of health authorities has been based on models. But just like economic models, if the data being put into the model is inaccurate, or the assumptions built into the model are inaccurate, the conclusions will be inaccurate. Yet no one has looked critically at the models being presented. Politicians take one look at them, immediately believe that worst-case scenarios will come true, and overreact accordingly.

When all is said and done, we’ll realize that by trusting central authorities, we made exactly the wrong policy conclusion. It just isn’t possible for one single person, or one single computer program, to assimilate all the known data about a virus and put it together in a single source. That’s particularly true when the data used comes from hundreds of different sources, or in the case of China is massaged in order to camouflage the true extent of the disease’s spread. And even once data has been accumulated, the decision on combating a virus through lockdowns or other measures is one that shouldn’t be entrusted to doctors, health “experts,” and others who don’t understand, anticipate, or appreciate the results of those lockdowns.

It’s important to look critically at anything coming out of the mouths of central authorities, as much of it is likely wrong, and intended to steer the public into supporting their positions. But it’s especially important to be critical during times of crisis, as that is when central authorities will take advantage of fear to trample on rights. So the next time you hear anyone from the government speaking with certainty about how dangerous the coronavirus is, do some digging to see whether or not they’re telling the truth and what kind of agenda they have.

Whether it’s mass shootings, climate change, or coronavirus, the communist-sympathizing central planners will glom onto any crisis they can to push their agenda. And all too many “conservatives” suspend their principles and their critical thinking, believing every fearful piece of propaganda with the credulousness of a brainwashed East German citizen.

The reality of human existence is that we live alongside bacteria and viruses. We come into contact with them every day, everywhere we go, and we pass them on to every person we meet. There is no way to stop viruses and bacteria from spreading, aside from completely eradicating all human interaction, halting economic activity, and bringing on a calamity that will result in millions of people dying as they can’t get food, water, clothing, and other basic necessities.

But that doesn’t matter to the central planners at public health organizations, most of whom support the murder of innocent children in the womb, and who have no problem turning a blind eye to the evils of communist regimes and the millions of people they slaughtered. Communist central planners don’t care if enacting strict gun control will lead to more murders; they don’t care if the Green New Deal will destroy life as we know it and lead to the deaths of billions of people; and they don’t care if millions will die as a result of an 18-month lockdown in response to coronavirus. Deep down, they don’t really care about human life except their own, and they’re more than happy to see millions of people die as long as they can maintain control and enact their world view. 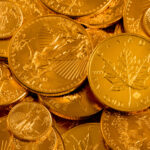 Got Gold? Supplies of Coins Wiped Out Amid Record Demand 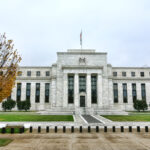