REDTEA NEWS
Democrats Don’t Care How Much You Suffer
The Real Purpose of the Second Amendment
Why Gasoline Prices May Never Come Down
Are We in Civil War Already?
The Narrative Is So Transparent It’s Laughable
Another Pro-Life Pregnancy Center Firebombed
Attempt on Kavanaugh’s Life Shows the Danger the...
Inflation Causing Americans to Change Spending Habits
American Gun Owners Are the Last Line of...
Democrats Still Don’t Understand Guns or Gun Owners
Home Health Could There Be an Alzheimer’s Vaccine?
Health

In 2016, there were approximately 5.4 people in America suffering from Alzheimer’s, and more than 36 million worldwide. Mostly affecting people over 65, it’s a terrible and tragic illness for which there is no cure. There are a few types of treatments that a patient can undergo, but they only alleviate the symptoms. They do nothing to stop or even slow the progression of the disease itself.

There’s good news, though. That all may be about to change. A team of scientists in Stockholm, Sweden have created a vaccine that may hold the key to fighting Alzheimer’s, and even perhaps stopping it for good.

Alzheimer’s disease is caused by two different proteins in the brain. The first are beta-amyloids, which build up between neurons, gradually coming together to form plaques. They block signals from one cell to another, thus reducing cognitive function.

The other protein is called Tau. In a healthy body, these help to stabilize certain components, called microtubules, which perform cellular processes between nerves, particularly in the brain. When these proteins begin to malfunction, however, the microtubules become tangled, which leads to Alzheimer’s.

In the past, most treatments for Alzheimer’s have targeted beta-amyloids, to try to prevent the plaque buildup in the brain. Unfortunately, clinical studies for these methods have usually failed, or caused severe side-effects, and none have yielded any significant results in fighting the disease.

The Karolinska Institutet, in Sweden, has another approach, though. They’ve developed a vaccine that targets Tau proteins instead. It triggers an immune response that helps to prevent the filaments in the brain from becoming tangled, thus staving off the progression of Alzheimer’s disease.

By combining the antibody with a carrier molecule that humans don’t have naturally, researchers are able to give the immune system something else to react against, rather than targeting the body itself, as has been the case with other treatments, thus hopefully reducing negative side effects.

A Long Way to Go

Human trials for this vaccine were conducted from 2013 to 2015, on patients between the ages of 50 and 85, who were in the early to mid stages of Alzheimer’s disease. Out of 30 participants studied, 29 produced an immune response that targeted the bad Tau proteins without affecting them negatively.

Does this mean that a cure is right around the corner? Not yet. If you or a loved one is currently suffering from Alzheimer’s and hoping for a miraculous innovation to come along, you still have a while left to wait. Testing is still in the very early stages, and more clinical trials are needed, over the course of several more years at least, before it’s deemed both safe and effective. Then it may be another few years after that before the vaccine is ready to go on the market.

Is there a magical treatment that can reverse the effects of Alzheimer’s on the human brain? Not yet. Even when the vaccine is ready, it still may not cure the disease entirely, but merely slow it and keep it under control.

Still, we’re closer now than we’ve ever been. New methods and treatments are being developed every day, and they show a lot of promise. It will take some time, but hopefully, within a few years, a cure for Alzheimer’s will be within our grasp. Then, within a generation or two, the disease may be almost completely forgotten, like polio or the measles. We look forward to the day when no one has to deal with this terrible, tragic disease ever again. 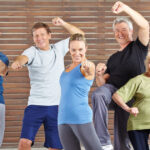 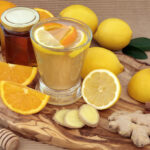