REDTEA NEWS
Can Massacres Like the Uvalde Shooting Be Stopped?
The Establishment COVID Consensus Is Cracking
Will Monkeypox Be the Next Big Health Scare?
Are Democrats Going to Push Price Controls?
NIH Royalty Payments Bring Up Conflict of Interest...
The COVID Narrative Is Changing Before Our Very...
Dishonesty Is the Left’s Stock-In-Trade
FBI Whistleblowers Coming Out of the Woodwork
Are You in a Government Database? Probably So
Leftist Tolerance on Display in Wake of Roe...
Home Health What Your Favorite Sport Says About You
Health

Sports can be a great hobby. Whether you’re watching a game or getting out there and playing one, it’s a terrific way to pass the time. A lot of people live for the next event, match, or tournament. For them, it’s not just a pastime, but a way of life.

It also turns out you can tell a lot about a person by their favorite sport. Here are just a few insights…

Whether you’re a casual spectator, a die-hard fan, or a player yourself, your favorite sport is an important part of your life. The way you choose to enjoy it says a lot about who you are as a person. Sports can be a great insight into the soul, not to mention wildly entertaining.

Baby Boomers and Social Media – Who Does and Who Doesn’t 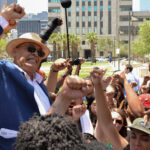 How are Police Coping in an Age of Anti-Police Sentiment?