REDTEA NEWS
Democrats Don’t Care How Much You Suffer
The Real Purpose of the Second Amendment
Why Gasoline Prices May Never Come Down
Are We in Civil War Already?
The Narrative Is So Transparent It’s Laughable
Another Pro-Life Pregnancy Center Firebombed
Attempt on Kavanaugh’s Life Shows the Danger the...
Inflation Causing Americans to Change Spending Habits
American Gun Owners Are the Last Line of...
Democrats Still Don’t Understand Guns or Gun Owners
Home Money A Quick Guide to Junk Silver
Money 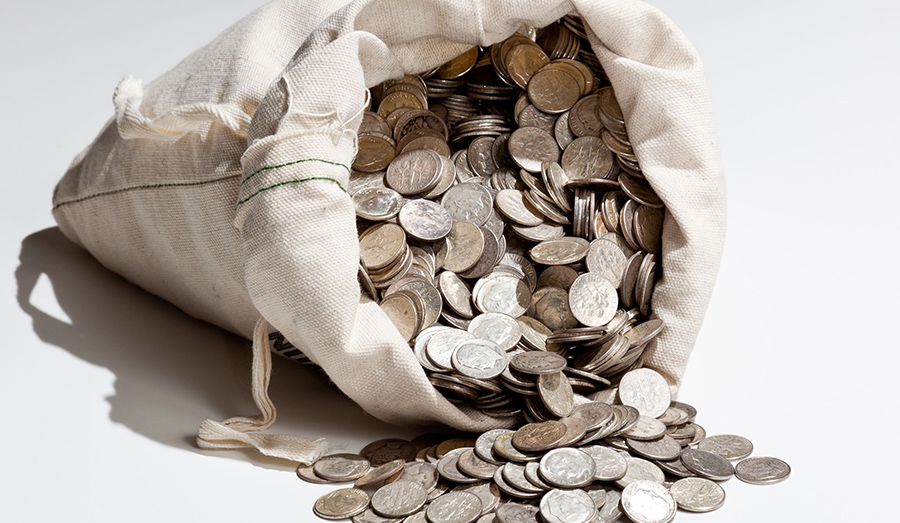 Unless you’re in your 60s or older, you probably don’t remember the days when circulating coinage was made out of silver. While those days are long since gone, those coins are still easy to find on the secondary market where they’re known as “junk silver.” No, they’re not junk, they’re just not worth a lot to coin collectors. Their value is related only to the amount of silver that’s in them. If you’re interested in preparing for a societal breakdown, if you want to bolster your precious metals holdings with a few common silver coins, or even if you just want to remember what the good old days were like, junk silver coins can fill that niche.

American dimes, quarters, and half dollars with dates through 1964 contained 90% silver. The market price of silver rose so much in the early 1960s that the silver value of the coins began to exceed their face value and people began to hoard them. While it’s been reported that the US Mint continued to mint 1964-dated coins through 1966 in an attempt to keep silver coins in circulation, it’s important to remember that dimes and quarters dated 1965 onwards contain no silver. Kennedy half dollars minted from 1965 through 1970 contain 40% silver, but you won’t find half dollars in circulation anymore.

You still may occasionally find a silver Roosevelt dime or Washington quarter in circulation, but it’s becoming much rarer. Those are the most commonly-seen forms of silver coins that you’ll find when using or purchasing junk silver. The Roosevelt dimes were minted in 90% silver from 1946 through 1964 and the Washington quarters from 1932 through 1964. The 90% Kennedy half dollar was only minted in 1964, and because of popular reverence for the assassinated President they never really saw circulation. In fact, hoarding of the JFK half dollars has been cited as one of the reasons behind the half dollar’s disappearance from circulation, despite the fact that half dollars were the most popular coin in circulation up to that point. Most of the silver half dollars you’ll find when purchasing junk silver will be the Ben Franklin half dollars, which were minted from 1948 to 1963.

The older Mercury dimes can also be found at not much over their melt value, although often in more-worn condition than the Roosevelt dimes. They were minted from 1916 through 1945. Standing Liberty quarters minted from 1916 to 1930 are much less common than the Washington quarters, and generally in much worse condition. Many are so worn that they are found without dates, and their weight is far less than they’re supposed to be. Walking Liberty Half Dollars, minted from 1916 through 1947, can still be found in good condition, especially the coins minted during the 1940s. Some may trade at slightly higher premiums than the Ben Franklin half dollars, but they still aren’t too expensive.

Any older coins have too high a collector value nowadays to serve as junk silver. The Barber series of dimes, quarters, and half dollars are often found so worn that coins in decent condition are worth significantly more than their silver value. Even the worn coins with no dates can trade at several times their silver value. The series previous to that, the Liberty Seated series, was minted from the 1830s to 1891, and those coins trade at many multiples to their silver value.

The most common silver dollars you’ll find are the Morgan Dollars, minted from 1878-1904 and again in 1921, and the Peace dollars, minted from 1921-1935. They’re both very popular with collectors, so they trade at significantly higher prices than their silver value.

Our neighbors to the north minted silver coins too, and continued minting a few years longer than the United States. For people living in the states bordering Canada, Canadian junk silver can be a userful way to hold silver. Canadian and Newfoundland silver coins consisted of sterling silver (92.5% silver) until 1919. From 1920 to 1967 they contained 80% silver. Older Newfoundland coins will occasionally trade at higher premiums since Newfoundland joined the Canadian Confederation in 1949 and ceased producing its own coins.

There is some confusion about the silver content of Canadian silver coins from the 1960s. Canada changed the silver composition of its coins from 80% to 50% in 1967, and apparently, some 1967 coins are 80% and some are 50%. 1967-dated coins therefore generally trade as if their silver content is 50% silver. In 1968, Canada moved to nickel-based coinage but apparently started the year minting silver coins. Coins dated 1968 that don’t attract a magnet are made of 50% silver, while those that do attract a magnet contain no silver.

All of this is just scraping the surface of investing in silver. Junk silver is an easy, inexpensive way to get your feet wet in buying silver coins. Not only are they inexpensive to purchase, they offer an interesting view into monetary history and a reminder of a foregone time.

Grow Your Own Food, Even Without a Garden