REDTEA NEWS
Catholic Pro-Life Speaker the Latest Victim of DOJ...
New York Doesn’t Want Good Guys to Stop...
Top FBI Agent Forced Out After Allegations of...
Who Is the Real Threat to Democracy?
A Dozen Federal Agencies Behind the Online Censorship...
Government Is Behind Much of the Social Media...
Hunter Biden’s Laptop Repairman Alleges FBI Tried to...
Can You Trust the FBI Not to Steal...
Is General Milley Guilty of Insubordination?
Raid on Trump’s Home Highlights the Dangers of...
Home Money Let Food Trucks Have Economic Freedom; Stop Protecting Entrenched Restaurants
Money 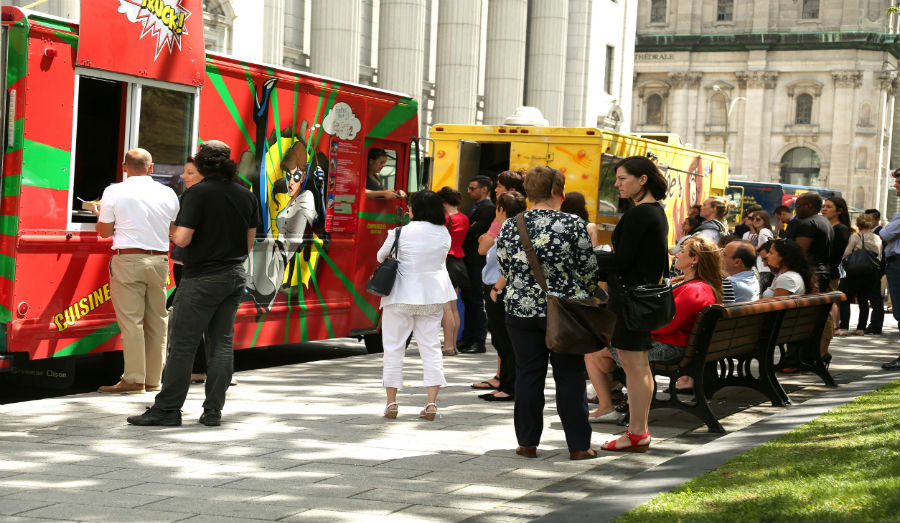 For many consumers, food trucks are a great way to get delicious and cultured food quickly and inexpensively. And for many food entrepreneurs, starting a food truck business is a way out of unemployment, to satisfy their community, and a foot-in-the-door into the restaurant industry.

Food trucks started gaining popularity during the 2009 recession, and for many, it was a way to build their brand, save up some money, and eventually start a brick-and-mortar restaurant. That is until local governments decided to get in the way.

In Baltimore, a pizza truck operator, Joey Vanoni, is not allowed to park his truck within 300 feet of any brick and mortar restaurant that sells pizza. Joe and the Institute for Justice have sued the city and the case is currently pending.

A cupcake food truck operator in Chicago, Laura Pekarik, is only allowed to remain parked for 2 hours at a time, and that’s when she can find parking. Typically she is not allowed to park in most places, making it hard for her to take her truck into the city.

In Green Cove Springs, Florida, days after Hurricane Irma wreaked havoc on the town, Jack Roundtree took his BBQ food truck into downtown to give out free hot lunches and barbecue to residents and utility workers. The city manager sent the police to shut him down and kick him out.

Democratic Chicago City Councilman, Tom Tunney, who gets to write the rules for food truck parking and who also has owned multiple restaurants for over 40 years, believes that brick and mortar restaurants shouldn’t have to face competition. He says: “It is such a small margin business and it employs so many people, that’s what we need to protect.” Forget the small entrepreneurs trying to start their own brand and business, forget the consumers who enjoy the food offered by food trucks, and forget the quality services and quality pricing that is incentivized through competition.