REDTEA NEWS
FBI Whistleblowers Coming Out of the Woodwork
Are You in a Government Database? Probably So
Leftist Tolerance on Display in Wake of Roe...
China Demands Censorship of US Landmarks in Movies
Biden Administration Clueless About Border Fiasco
The Left’s Meltdown Over Roe v. Wade
The Left’s Censorship Campaign Is Backfiring
US Government Creating Its Own Ministry of Truth
Mainstream Media Has Dropped Any Pretense of Objectivity
Was Wuhan Lab Allowed to Destroy Secret Files?
Home Money The Real Enemy Facing America That the Left and Right Should Be United Against
Money 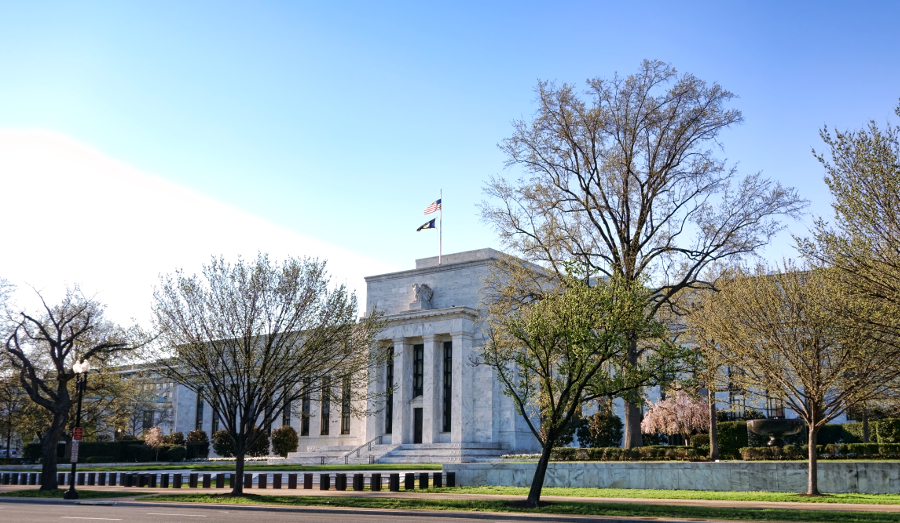 Political division is higher than ever nowadays. Left-wingers and right-wingers hate each other to no end and they both believe that the opposing side is what is standing in the way of prosperity for America. They’re wrong. The things the left and right disagree on are tiny and mundane compared to the real enemy of America. This enemy transcends partisan politics and both the left and the right in America should be united against this common enemy.

Critics and skeptics of this will point out that during this time period there were many banks that fraudulently issued more paper money than they were supposed to, that many banks went under, and that there were periods of great volatility and runs on banks. One example are the stories of people who would travel across the country and return to find that their bank no longer existed and their paper money was now worthless.

These criticisms are somewhat fair but under further scrutiny they do not hold water. The cause of many of the bank runs and much of the banking instability throughout the 1800s were not a result of the free market, but rather of government regulations that prevented competition across state lines, which created inherent instabilities in the banking system, as well as other government interventions. With today’s technology and internet communication, guarding against these sorts of things within markets is far easier.

In regard to the fraudulent and risky behavior that took place, these are fair criticisms, but by centralizing the banking institutions, these problems have not gone away, they’ve actually gotten worse.

Under a free market, if one private bank begins to print too much money to the point that the money’s value begins to decline, people will wise up and switch banks. Even if a bank goes under, people will learn their lesson and move to a better bank, and because the market has many competitors, the stability of the entire banking system is not threatened by the downfall of one bank.

Under our Federal Reserve system there is nothing to hold the Federal Reserve accountable. You are forced to use its currency whether you like it or not, and it can print as much money as it wants. Modern monetary economics has legitimized the existence of the Federal Reserve as a necessary institution, but in reality it is nothing more than a system of legalized theft and pick-pocketing on a massive scale. And if something goes wrong in the banking system, what we get is what happened in 2008 and 2009.

Many people have been bringing up the fact that wages for the majority of people have not risen since the 1970s or have risen very minimally, unlike the top 1% of earners who have seen their earnings increase enormously. Populists on the left and the right say this is the natural result of capitalism, but this is not true. In reality this is what happens when the central bank prints enormous amounts of money. The corporations and politically connected fare well, but everyday Americans see their purchasing power diminished. You can see this clearly on this chart showing when the US abandoned the gold standard and how it coincides perfectly with how wages have been stagnant. Both began in the early 1970s.

Instead of bickering over whether Russia meddled in the US election (forget that the CIA has meddled in over 80 foreign elections) or arguing over minimum wages, immigration, abortion, or gun rights, we should be talking first and foremost about how the Federal Reserve is destroying the US dollar. Those other issues I mentioned are definitely important and debate should be had, but we shouldn’t let them divide us so vehemently, especially when the government is robbing us all blind right under our noses.

If Americans on the left and the right don’t begin prioritizing this issue and getting mad about this issue in a united fashion, we may very well end up like Venezuela, where bread costs millions of bolivars and the government controls the people through a violent police state. We need to wake up and we need to start talking about the most urgent of issues and allow it to unite us, not divide us.