REDTEA NEWS
Why Is the Military Facing Recruitment Problems?
Has Zelensky Gone a Step Too Far?
As Gas Prices Remain High, US Sells Oil...
Fauci Thinks Lockdowns Should Have Been Stricter
Good Guy Takes Down Bad Guy, MSM Goes...
DC Homeless Shelters Filling Up With Illegal Immigrants
Inflation Still Rising: Are You Feeling the Pinch?
Japan, Abe, and Gun Control
Don’t Interrupt Your Enemy When He’s Making a...
Democrats Don’t Care How Much You Suffer
Home Money Republicans Aren’t Always as Capitalist as They Say They Are
Money 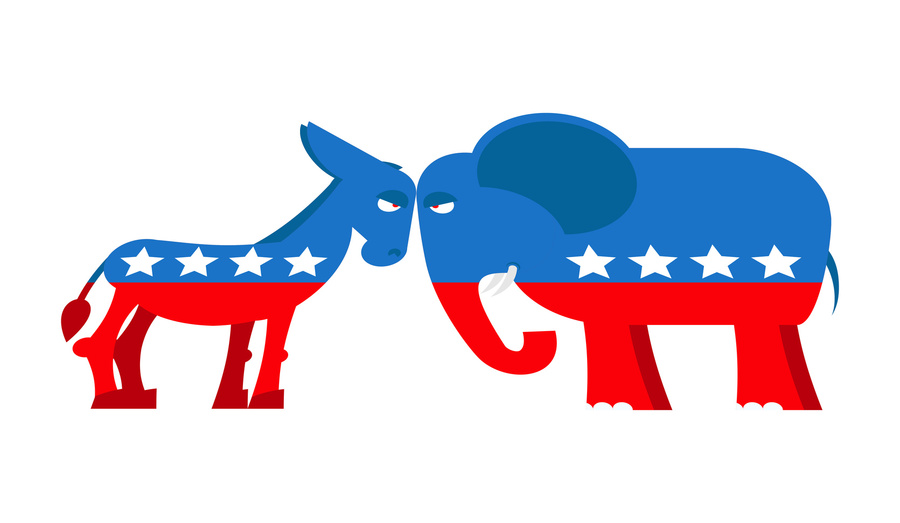 For decades it has been commonly accepted by many that conservatives, Republicans, and the right are the banner carriers of free market capitalism. But through the decades their actions have told another story. Republicans all too often campaign like small-government libertarians and then rule like Democrats.

My goal here isn’t to criticize conservatives, but rather to show conservatives that the Republican Party is not their friend, the Party does not care about conservatives or their principles. I want you to understand that both parties are equally dangerous threats to your freedom and that to truly understand and care for liberty means to criticize BOTH Democratic and Republican administrations every single time they attempt to trample on the Constitution with authoritarian policies.

1. In the Pocket of Big Business

Many people on the left consider “free market policy” to be economic policy that is sympathetic to corporate monopolies. This is 100% false. To be “pro-market” means to believe that all people should be free to work and compete and that no one receives special favors or protection from government.

The reason people on the left think that free markets = corporate dominance is because for decades Republicans have said they support the free market only to turn around and do the total opposite. Most often Republican politicians will call themselves “pro-business” in order to capture the economically conservative voters, but “pro-business” and “pro-market” are very different.

Almost always when a politician says they are “pro-business” that usually means they are perfectly fine with cutting special deals with big businesses in exchange for campaign contributions. These special deals might be special tax loopholes, subsidies, or anti-competitive regulations. There is nothing conservative or free market about giving taxpayer money to corporations or using the power of government to give them an unfair advantage.

Conservatives and Republicans for decades have been generally perceived as supporters of “small government” and shrinking the size of government. Because of the tradition that the Founding Fathers laid down, Republicans were skeptical of government power and were staunch supporters of individual rights for all. This perception has not held up.

Nowadays and for quite some time, conservatives and Republicans will viciously defend the politicians that they voted for. They will ignore government abuse of power all because it is “their guy” in charge. The easiest example is today with President Trump. Now to be fair I will concede that Trump has definitely been better than Obama and Hillary, but he has definitely made his fair share of mistakes.

Under Obama, conservatives were furious with his foreign meddling, his doubling of the national debt, his love for economic regulations, and his love for government-run healthcare. These were all legitimate criticisms. Now that Trump’s in power conservatives are defending him for doing almost the exact same things. The national debt is increasing at an even faster rate, tariffs are crushing middle America, we have even more troops in the Middle East, and Trump has been caught in more blatant lies than anyone can count. At least Obama was good at lying.

3. They Love to Print Money

To be fair, both political parties love printing money. But don’t kid yourself for a single moment, Republican politicians are by no means conservative. If they were, Nixon wouldn’t have ended the gold standard, raised the minimum wage, or created the EPA. Reagan wouldn’t have doubled the national debt, passed gun control, or allowed the CIA to funnel guns into the hands of terrorists. And George W. Bush wouldn’t have also doubled the national debt or bailed out the big banks in 2008.

When Alan Greenspan became the Fed Chairman under President Reagan everyone expected him to rule like the Austrian School libertarian he had been. He was a big supporter of Ayn Rand and the gold standard. What he did once he got into power was the opposite. The fame and pressure got to him and he went along with what everyone wanted him to do, which was to stimulate the economy by printing money. Because of the Fed and Greenspan we got the dotcom and housing bubbles.

Progressive liberals will say “free market capitalism? We already tried that in the ‘80s and ‘90s, it doesn’t work, look what happened.” They really have no idea what they’re talking about. Because of self-proclaimed conservatives failing to remain principled and doing what they say they believe, they have given free markets a bad reputation and they have also allowed the federal government to grow into the behemoth that it is today.