REDTEA NEWS
NASA Wants to Nudge an Asteroid: What Could...
Has President Biden Lost His Mind?
Biden Nominating Communist to Top Bank Regulator Post
What Do You Get With Woke Prosecutors?
Are You Prepared for War? China Is
FBI Investigating Groups That Helped Afghan Refugees Escape
Illinois Passes Legislation to Eliminate Fossil Fuels
Marines Imprison Officer Who Spoke Out Against Afghanistan...
Will Vaccine Mandates Wreak Havoc on New York’s...
Appeals Court Reverses Its Ruling on Under-21s Buying...
Home Money Study: Third of Americans Hounded by Collectors
Money

Every third person you pass on the street is being hounded by debt collectors. Except in Dallas, where close to half are not answering the phone.

That’s the finding of a study released today by the Urban Institute, a Washington, DC-based think tank that examines these issues. The study, titled “Delinquent Debt in America,” claims that 35.1% of people with credit records had been reported to debt collectors for an average of $5,178 in debt, with a median balance of $1,349.

The 35% in collections represents 77 million Americans. The study is based on September 2013 records from TransUnion and defines debt as anything that’s not a mortgage, including credit card balances, medical or utility bills that are more than 180 days past due. The Urban Institute claims that 5.3% of people with a credit file have a report of past due debt, indicating that they are between 30 and 180 days late on a non-mortgage payment.

That’s not necessarily bad news (except, of course, for the debtors and creditors). The percentage of people getting reported to collections is fairly constant with results over the last decade in similar surveys. And the good news, the Urban Institute reports, is that more people are paying off their amounts in total each month, or not accumulating debt at all. Americans have a total debt of $11.1 trillion, down from $12.98 trillion in 2009.

Health care bills make up 37.9% of debts collect, according to another survey by the Association of Credit and Collection Professionals. Student loan debt is another 25.2%, with credit cards taking 10.1%. The remainder of accounts in collections consists of various retail and services, including local government debts owed.

A map of US debt would focus on Texas, where Dallas, at 44.3% of residents, are in collections. Several other Texas cities, including McAllen and El Paso, are over 40%.

Las Vegas has an unusually high number of collectees as well, where 49% are in over their heads. In contrast, citizens from Minneapolis, Boston and San Jose aren’t being bothered too much.

The key to the skewed results focused on several states may be the number of retirees in the South and West. With many living on fixed incomes, a medical bill may tilt their fragile balance over the line.

Still, debt is a serious condition at any age. Employers and landlords may use the credit score in their decisions, creating additional hardships for those already struggling. 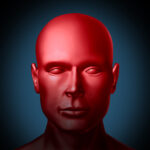