REDTEA NEWS
Democrats Don’t Care How Much You Suffer
The Real Purpose of the Second Amendment
Why Gasoline Prices May Never Come Down
Are We in Civil War Already?
The Narrative Is So Transparent It’s Laughable
Another Pro-Life Pregnancy Center Firebombed
Attempt on Kavanaugh’s Life Shows the Danger the...
Inflation Causing Americans to Change Spending Habits
American Gun Owners Are the Last Line of...
Democrats Still Don’t Understand Guns or Gun Owners
Home Money The Four Paths Your Career Could Take
Money 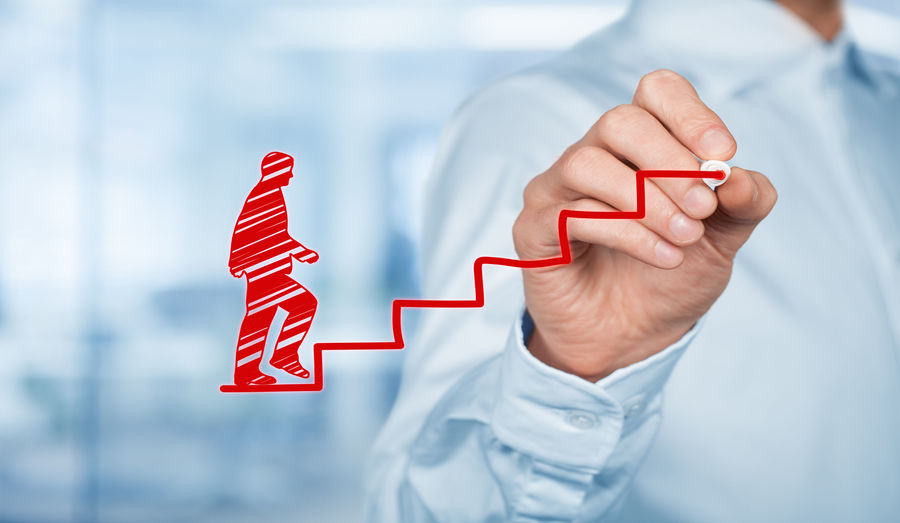 We live in a world in which free markets are something politicians and businessmen often pay lip service to, just before they enter their smoke-filled back rooms to try to negotiate sweetheart deals. Most countries around the world have economies that combine elements of socialism and fascism while retaining just enough market freedom to keep tax revenues rolling in and economies growing, albeit just barely. The constant pressure, however, is to continue to crack down on market freedoms and control more and more of the economy and bring it under government supervision, if not outright control.

Big businesses are given preferences and tax advantages that smaller businesses don’t get. Barriers to entry continue to rise, squeezing out smaller competitors, often under the guise of “protecting” or “strengthening” markets, or even protecting consumers. To a committed defender of freedom, that makes the choice of careers a problematic one if you want live out your support for free markets and have no desire to be co-opted by the status quo. But no matter what job you decide to take, there’s a good chance that your career will eventually fit into one of these four paths.

The sellout understands how the world works and decides to embrace it. He has to put food on the table, and he isn’t about to make himself suffer just to remain ideologically pure. If he goes to law school, he may become a prosecutor and enforce laws that he thinks are unjust, justifying to himself that “the law is the law” and that it’s really the fault of the politicians who enact the laws, not the cops and prosecutors who enforce them.

If he goes into business, he’ll lobby for tax breaks, intellectual property protections, or protectionist tariffs to put his competitors at a disadvantage. He’ll justify it to himself by saying that everybody else is doing it, so why shouldn’t he? Why should he be in business with one hand tied behind his back?

He may even go into politics at some point, running on a solid conservative platform, saying that he’s committed to family values, limited government, and Constitutional freedoms. But once he gets that taste of power, he craves it more and more, and does whatever he can to get more power, forgetting his principles along the way. Once he’s in leadership he’ll justify his actions by stating that leadership doesn’t have the luxury of voting its conscience, he has to do what’s best for the state/nation/world. In short, the sellout will play the game and try to milk the system for all it’s worth.

This is the worker bee of the workplace. The pragmatist understands how the world works and has made his peace with it even if he detests it. He sees that the work world is sometimes like soup, that the scum rises to the top. He understands that it’s often who you know, not what you know, that allows people to become rich, powerful, and successful, and that incompetent people are often gotten rid of by promoting them upward. He sees the greed, favoritism, and special interests that run amok throughout politics and business and, while it rankles him, he grudgingly tolerates it.

He doesn’t think he can do anything to change the system, so he puts his head down, does what he’s told, and tries to advance his career as best he can. The effect of spending 30 or 40 years seeing the corruption and favoritism that is endemic to the system, however, can easily burn someone out. The temptations to sell out for a promotion or a better-paying job will always be there. The pragmatist will often be tempted to become a sellout, and if he doesn’t give in there’s a good likelihood that he’ll become jaded, cynical, and bitter.

The entrepreneur is someone whose spirit can’t be broken. He constantly sees new opportunities to meet consumers’ needs. Whenever he identifies a new market he jumps into it headfirst. In many cases he may be oblivious to government regulations that would stymie others, so he’s often the first mover in a new market. He may fail several times, but rather than letting those failures get him down, he learns his lesson, adjusts his strategy, and moves on with a new opportunity.

The entrepreneur is the key to innovation and growth. He’s the one who constantly pushes existing companies to compete and improve their product lest they lose business. The entrepreneur is the bane of established concerns and is the reason that existing companies so often lobby for more stringent regulation and higher barriers to entry. Without entrepreneurs constantly entering markets to compete, there would be no reason for companies to innovate, discover new products, or work hard to please consumers.

The idealist combines elements of the entrepreneur and the pragmatist. He sees many of the same opportunities as the entrepreneur, but he also sees many of the obstacles that stand in the entrepreneur’s way. He judges the risks to entrepreneurship as being too great for himself, but he’s happy to fight to tear down governmentally-created barriers to entry so that others can unleash their inner entrepreneur. It can be difficult for the idealist to look for work, because everywhere he looks he sees industries that try to gain an advantage over their competitors by cozying up to the government rather than trying to better meet consumer needs.

If the idealist decides to devote himself full-time to working to tear down barriers to entry, making it easier for people to start their own businesses, he may end up spending a lifetime doing battle against the government. It won’t be terribly remunerative, but small victories here and there could provide the idealist with plenty of satisfaction that his career is fulfilling.

In all likelihood you won’t end up pigeonholed exactly into any one of these four types. But knowing that these are the four major career paths can help you to identify the paths that both you and others will take and, if you don’t like the path you’re on, make you cognizant of it so that you can take the right steps to get on the proper path.

Trump Economic Advisor Gary Cohn Stepping Down: Who Will Trump Pick to Succeed Him?