REDTEA NEWS
Catholic Pro-Life Speaker the Latest Victim of DOJ...
New York Doesn’t Want Good Guys to Stop...
Top FBI Agent Forced Out After Allegations of...
Who Is the Real Threat to Democracy?
A Dozen Federal Agencies Behind the Online Censorship...
Government Is Behind Much of the Social Media...
Hunter Biden’s Laptop Repairman Alleges FBI Tried to...
Can You Trust the FBI Not to Steal...
Is General Milley Guilty of Insubordination?
Raid on Trump’s Home Highlights the Dangers of...
Home Money Why “Future You” Needs Your Help in the Present
Money

Why “Future You” Needs Your Help in the Present

People often seem to have a disconnect between who they are now and the person they’re going to be down the road. They treat their future selves like completely different people. The thinking goes something like, “I know this problem will come back to haunt me if I don’t take care of it, but I don’t want to deal with it right now. Let future me worry about it.”

Perhaps you’ve had a train of thought similar to this yourself. If so, you know that it never turns out well. When the time comes that the issue can’t be put off any longer, Future You is often left dealing with an even bigger problem than what Past You would have, if you’d simply taken care of it right at the start.

Yet somehow, you continue to follow this course of action, focusing solely on your current wants, with no regard for the needs of “future you.” The further off the consequences are, the more likely you are to push the problem aside. Nowhere is this more prevalent than in retirement planning.

Giving Money to Future You

Even if you don’t think of your future self as a separate person in such explicit terms, the mentality is still a common one. It’s called, “longevity disconnect bias.” We honestly can’t connect with the concept of ourselves 20, 30, or 40 years from now. We see that person as a stranger.

Because of this disconnect with our future selves, putting money away for retirement feels like losing it. Your paycheck is small enough as it is. You don’t want to see it get smaller. Therefore, a lot of people, if given the option to put a percentage of their salary into an IRA, will choose not to, even if they can afford it. They don’t want to give up those few extra dollars.

What they fail to realize is that they’re not giving it up at all. In fact, by investing it properly, it can even turn into more money over time. Of course, the only one who gets to see that money is Future Them. If their future selves are going to have that money, then their present selves have to live a little less comfortably. Some people find that intolerable.

The Consequences of Not Saving for Future You

By the time we finally start to see and identify with our retirement age selves, it may be too late. Maybe at 50, you’ll finally start to realize that you won’t be in the workforce much longer. That doesn’t leave much time to save, though. Can you build up enough of a nest egg in 15 or 16 years to last you for 20 or more after that?

Even when we finally reach retirement age, the bias can still remain. Say you leave work at 66. Can you envision the person you’ll be at 86? Even if you can picture living that long (which many can’t), can you comprehend the expenses you might need to deal with at that age, and how they may be different (and likely greater) than the ones you have now?

Because of this longevity disconnect bias, the face of retirement itself is likely to end up changing for many. You may envision a life of fishing and golf all day, but unless you start saving very early, it’s unlikely you’ll have enough money to sustain that lifestyle.

Instead, your retirement could consist of moving to a smaller place and taking part-time work to supplement your savings. You may also decide to put it off for a few extra years while you save more money. This doesn’t have to be a bad thing, either. In fact, some people prefer it this way. However, if Present You is envisioning a life of idle luxury at 65, then Future You may be in for a rude awakening.

Your best option is to start saving as soon as you can afford it and continue for as long as you’re able. Present You might not like that as much, but at least Future You will have options. You’ll thank yourself for it later. 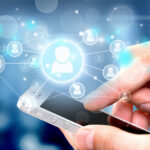 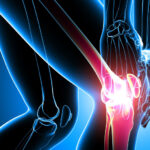 Are Your Knees Racking Up Unnecessary Medical Bills?