REDTEA NEWS
Was Fauci Fibbing About His Financials?
Political Commissars Are Here And Are Starting Their...
Mormons Pointing to Higher Actual Inflation
Top Scientists Feared COVID Came From Lab All...
Quebec to Start Fining the Unvaccinated
McCarthy Threatens to Strip Democrats of Seats If...
Supreme Court Shows Its Schizophrenia
Beset by Crime Wave, LA Residents Flock to...
The Case of Jan. 6 Gets Curiouser and...
Twitter Continues Censorship Rampage, Bans MTG
Home Money Why Gold Is Superior to Bitcoin
Money 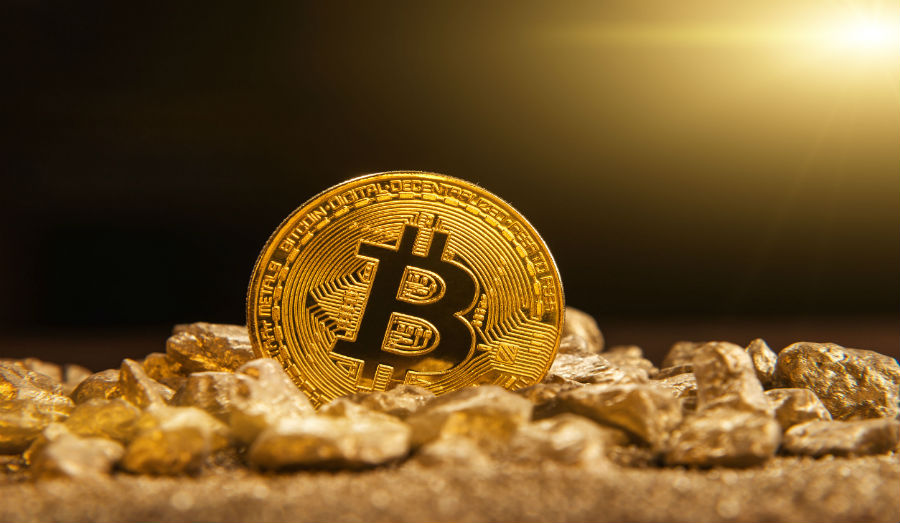 Bitcoin has been the talk of the town for the past few months and in financial communities, debates have become increasingly heated over the viability of Bitcoin and other cryptocurrencies. Libertarian circles, in particular, have seen intense debates, with some libertarians furiously defending Bitcoin and cryptos, while other gold bug libertarians are still skeptical of cryptocurrencies.

This is going to be a biased post, one based on my personal perspective. There are usually many perspectives on a given subject. Some people hate Bitcoin, many haven’t heard of it or understand it, others are considerate of it, while others believe they will make enormous returns by simply holding onto it. Is it possible that Bitcoin is the future and will hit $500,000 by the year 2020 like John McAfee believes? Yes. Is it likely? I have no idea, but I highly doubt it.

Gold has thousands of years of history, giving it a proven track record of being a reliable store of value and wealth over time. Historically, the market has repeatedly shown precious metals, particularly gold and silver, to be successful and effective at being used as currencies as well as being the backing of a sound and strong banking system. These precious metals are also in high demand for industrial and consumer uses, and there isn’t necessarily a large supply of these metals.

On the other hand, Bitcoin has almost a decade under its belt, with dozens of other cryptocurrencies, some fake and some real, starting up not long ago. High transaction fees and overloaded networks stand in the way of Bitcoin becoming adopted for widespread use. And due to Bitcoin’s incredibly high volatility, it is much closer to being a speculative asset than a true currency or a store of value. With governments and regulatory agencies worldwide threatening cryptocurrencies, its volatility will likely continue, and its future is rather uncertain and ambiguous.

When you consider that there are companies who allow you to buy and sell metals at extremely fair rates, store them in vaults around the world at your choosing, remain 100% physically backed, offer direct delivery, and allow you to instantly convert your assets to various choices of fiat with a debit card, the arguments that gold is outdated, no longer valued, and not usable as a currency in modern society seem extremely silly.

Gold has many uses and demands, while Bitcoin’s only value lies in being a part of an anonymous exchange network, one that faces difficulty in widespread adoption, in its high use costs, volatility, and in threats from governments.

It seems to me that gold, in conjunction with the internet, online banking, global communication, and technology could be incredibly valuable in a future in which inflation and currency devaluation will be increasingly rampant.