REDTEA NEWS
Catholic Pro-Life Speaker the Latest Victim of DOJ...
New York Doesn’t Want Good Guys to Stop...
Top FBI Agent Forced Out After Allegations of...
Who Is the Real Threat to Democracy?
A Dozen Federal Agencies Behind the Online Censorship...
Government Is Behind Much of the Social Media...
Hunter Biden’s Laptop Repairman Alleges FBI Tried to...
Can You Trust the FBI Not to Steal...
Is General Milley Guilty of Insubordination?
Raid on Trump’s Home Highlights the Dangers of...
Home Breaking News Situational Awareness: Ebola, Obama and Call of Duty
Breaking News

THROW MONEY AT IT: The Senate has approved a $16 billion bill to overhaul the Department of Veterans Affairs. This in the wake of revelations that schedulers were asked to falsify data in order to hide the true time it took patients to see a doctor after making an appointment, a crucial factor in supervisor performance bonuses. What will the $16 billion go for? Since newly passed procedures allow veterans to seek health care outside of the V.A., it’s likely that the new money will be used to “improve” services by – you guessed it – the same management responsible for the current mess.

TO RUSSIA, WITH LOVE: The US and EU have instituted new sanctions on Russia’s state-owned banks, weapons makers and oil companies. For good measure, the US has also accused Russia of violating the Intermediate-Range Nuclear Forces Treaty by testing cruise missiles, putting the lie to President Obama’s claim this week that Russia “doesn’t make anything.” We’re guessing he meant “anything not military-related.”

EBOLA ON THE MOVE: Two Americans infected with the incurable Ebola virus were transferred this week to the US under top-security measures. Given that it would be just as easy to send whatever comforts are necessary to Africa, you have to wonder about this move. Some speculated that it’s a cover story for a disease that’s already here. Meanwhile, a New York hospital has begun testing a patient with Ebola-like symptoms who showed up in the emergency room after visiting West Africa. You can bet he traveled there in something less than top-security, like a cab.

CLIP JOB: Word came down to the bunker where Donald Sterling is staying that a California probate judge will allow Sterling’s wife to sell his beloved Los Angeles Clippers for $2 billion, heading off a potentially ugly confrontation with Clippers coach Doc Rivers and several players, who vowed not to work for the Donald. Attorneys for Sterling indicate he will appeal the ruling. And he’ll continue digging up dirt on all the NBA owners and executives who sold him out.

LAST TAG: There was a truce in the Hamas/Israel war this week. Then there wasn’t one, then there was, then there wasn’t. That pretty much sums up the latest efforts in the three-week-old conflict that’s left 1,300 dead, more wounded, and feelings raw. The good news is social media traffic is up. Here’s an idea – let’s let both sides designate a team to play “Call of Duty,” with the winner getting the land and the loser moving. Less messy and just as effective.

BETTER CALL SOL: The House of Representatives has approved a resolution that authorizes Speaker John Boehner to sue President Obama for alleged abuse of powers and violating the Constitution. The partisan decision (no Democrats voted for it) will allow Boehner to move forward on a plan to cite Obama for unlawful executive decisions, violating the separation of powers by making law. The last impeachment process featured a stained blue dress. This one will feature a strained policy wonk dissection of the Constitution. Not really a ratings-buster, that.

SOUTH OF THE BORDER: Immigration bills have stalled in the House and Senate, and President Obama is threatening a new executive order that would allow “work permits,” in other words, “amnesty.” This as July US unemployment inched up slightly, indicating that the jobs that Americans won’t do are the jobs that Americans can’t do, because they’re being filled by foreign workers. 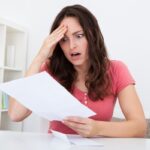