REDTEA NEWS
Hollywood Elites Befuddled by Concerns of Ordinary Americans
The Medical Industry Continues to Fail Patients
Red Wave? What Red Wave?
Leftists Melting Down as Musk Takes Over Twitter
Fetterman’s Disability Can’t Be Covered Up
Kanye West the Latest Victim of Last Gasp...
Alex Jones Verdict a Loss for Free Speech
Under Biden, Even the Air Force Can’t Escape...
While US Continues to Focus on Russia, China...
Democrats Maneuvering to Make the Deep State Permanent
Home Breaking News How a Trump Or Sanders Presidency Could Wreck the Economy
Breaking NewsElection 2016

Americans are generally pretty unhappy about the way things are going in this country. That observation is backed up by polling that’s stayed fairly consistent through the campaign cycle thus far. Where it gets tricky is trying to pin down just what Americans are unhappy about. The stock market has recovered to pre-January levels, unemployment stands at an enviable four-point-nine percent and more Americans are starting to feel confident that they’re going to get that overdue raise. Yet, in spite of all that, a clear two-thirds majority says the country is on the wrong track.

It’s in that context that it should be pointed out that things could be worse. Under a Donald Trump or Bernie Sanders presidency things could get a lot worse. Even though the power of the presidency is limited by Congress, there’s still a lot the president can do to upset the economic apple cart.

A lot has been made of Trump’s promise to get Mexico to help build a wall between our countries. It turns out there are things president Trump could do without Congressional approval that would put a lot of economic pressure on Mexico. There’s something called the International Emergency Economic Powers Act (IEEPA), which gives the president broad authority to block trade in the event of an emergency. If President Trump declared illegal entry into the United States a national emergency he could threaten to cut off trade and seal the border unless Mexico paid for that wall. Such a move would hurt both countries, with many U.S. companies taking a severe hit as well. Corporate profits would tank and the stock market would crater.

China Would Be Next

Both Trump and Sanders would likely declare China a currency manipulator and tell that nation to either negotiate a better currency deal or face massive tariffs. The president does have broad authority to impose tariffs and duties without approval from Congress. While that sounds tempting, it should be pointed out that China controls key mineral elements, called rare earth elements, which are vital in the construction of phones, computers and military hardware. That’s only one way a trade war with China could go bad and most economists admit that the United States would be most likely to lose.

It’s not at all clear that Americans would be willing to endure a lengthy and drawn-out trade war with China and picking fights with Mexico and China at the same time could be disastrous for the nation and the economy. If the idea of a trade war with China and Mexico sounds appealing, it might be beneficial to consider how you declare a winner in a train wreck.

Breaking Up the Banks

Bernie Sanders, in remarks posted here, has already threatened to break up the big Wall Street banks and launch a legal assault on some of Wall Street’s largest financial institutions. While Senator Sanders is completely justified in targeting Wall Street banks, it needs to be done in conjunction with legislative initiatives and regulatory agencies. We didn’t get into this situation with Wall Street banks and our economy overnight and there’s a danger to the economy in trying to get out of it overnight. We need to have replacements for the vital functions provided by those banks before we start chopping them down. If we start swinging at the pillars of our financial system willy-nilly, we could end winning the battle and losing the economic war when the economy tanks.

It Sounds Great in a Stump Speech

Wrecking trade deals and breaking up Wall Street banks sound great in campaign speeches and many find the possibilities enticing until painful realities like skyrocketing prices, massive layoffs and frozen credit markets start to take hold. For better or worse our economy is, in many ways, dependent on some of the things we hate.

What we really need is a long-term commitment to fundamental change that happens over time and in coordination with our trading partners and regulatory agencies. Unfortunately that takes years and doesn’t fit on a bumper sticker. 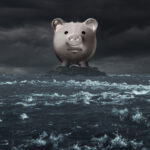 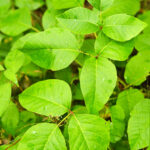