REDTEA NEWS
Was Fauci Fibbing About His Financials?
Political Commissars Are Here And Are Starting Their...
Mormons Pointing to Higher Actual Inflation
Top Scientists Feared COVID Came From Lab All...
Quebec to Start Fining the Unvaccinated
McCarthy Threatens to Strip Democrats of Seats If...
Supreme Court Shows Its Schizophrenia
Beset by Crime Wave, LA Residents Flock to...
The Case of Jan. 6 Gets Curiouser and...
Twitter Continues Censorship Rampage, Bans MTG
Home Survival Survival Skills: The Basics of Shotshell Handloading
Survival 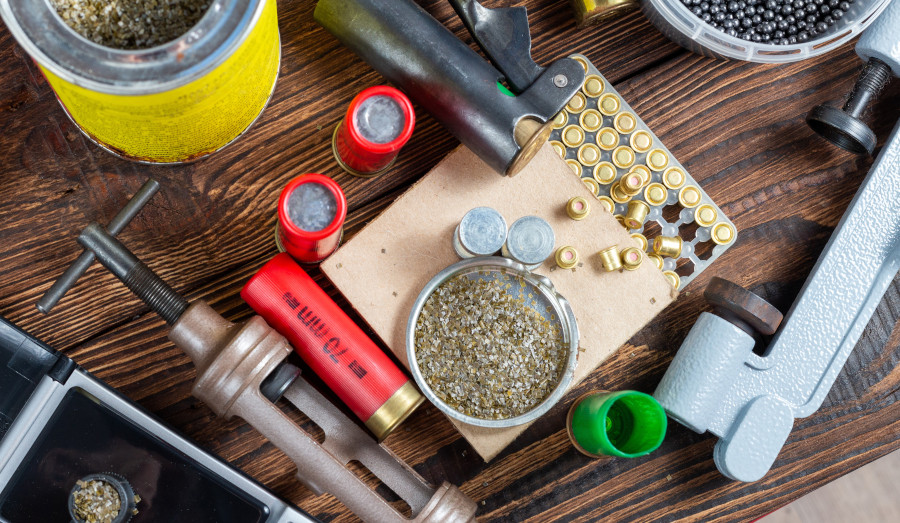 If you’ve been reading the previous installments in this series, you’re probably already familiar with the basics of cartridge reloading. In that respect, shotshell reloading isn’t dissimilar from rifle reloading and pistol reloading. You’ll prime a case (hull), add your powder, and then your payload.

But the payload of a shotshell differs in that it’s often not a single projectile, but rather a weight of shot with hundreds of small lead balls. And it’s supported in modern shotshells by a plastic wad. Different types of shotshells require different types of wads, in order to maintain pressure. And because of that, shotshell reloading data has to be followed to the letter.

Unlike metallic case reloading, shotshell data isn’t something that can be developed by the end user. The load data you’ll find is more akin to a recipe that has to be followed to the letter. Failing to follow load data exactly, by substituting different wads, different primers, or different weights of powder, could lead to a catastrophic failure of your shotgun.

With that in mind, here are some of the important things to know about shotshell reloading. 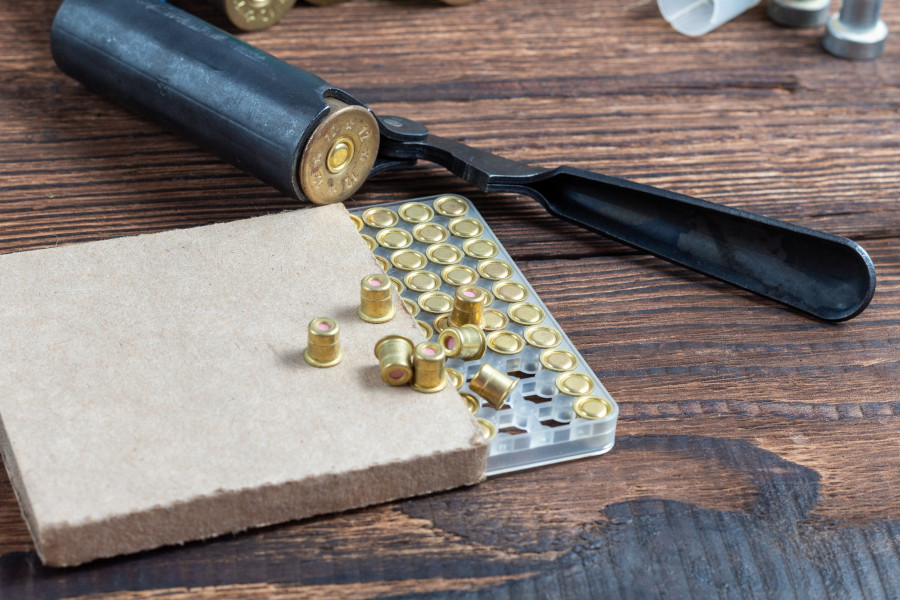 Certain brass shotshell cases, such as the thin-walled cases from Magtech, take large pistol primers, but these are an exception. 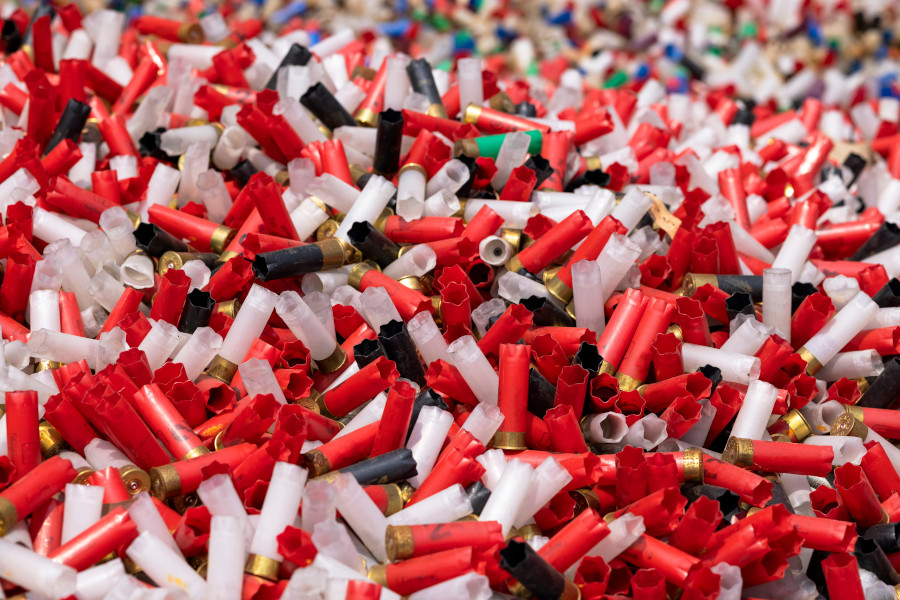 Most shotgun hulls today are made of plastic. The base is normally metal, very often steel with a brass coating. The plastic part of the hull is a single piece, with a thick base wad seated into the metal base, and a thinner wall. Most commercial cases you’ll see are crimped at the top to close them, with either a 6-point or 8-point crimp.

Older shotshells were often made of paper, a wax-coated thick paper similar to cardboard. You can still find occasional paper hulls made, but plastic hulls are more durable and aren’t prone to getting soaked when wet.

There are also thicker brass shotshells available, such as those from Rocky Mountain Cartridge Co., which are created specifically for modern plastic shotshell wads. 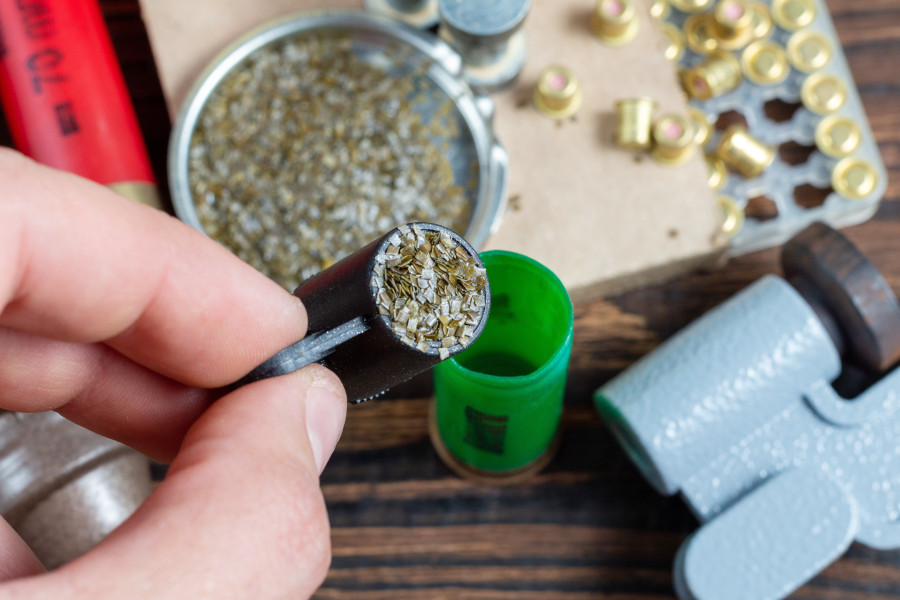 Shotgun powders are among the fastest-burning on the market, and they have to be given the large bore diameter of shotgun barrels. Most shotgun powders are of a flake type that is much bulkier than the stick or ball powders common to rifle and pistol loading.

Different gauges are going to require different powders, with faster powders being used in larger gauges. If you have to load everything from 10 gauge to .410 gauge, you’ll likely need to stock a large assortment of powders. 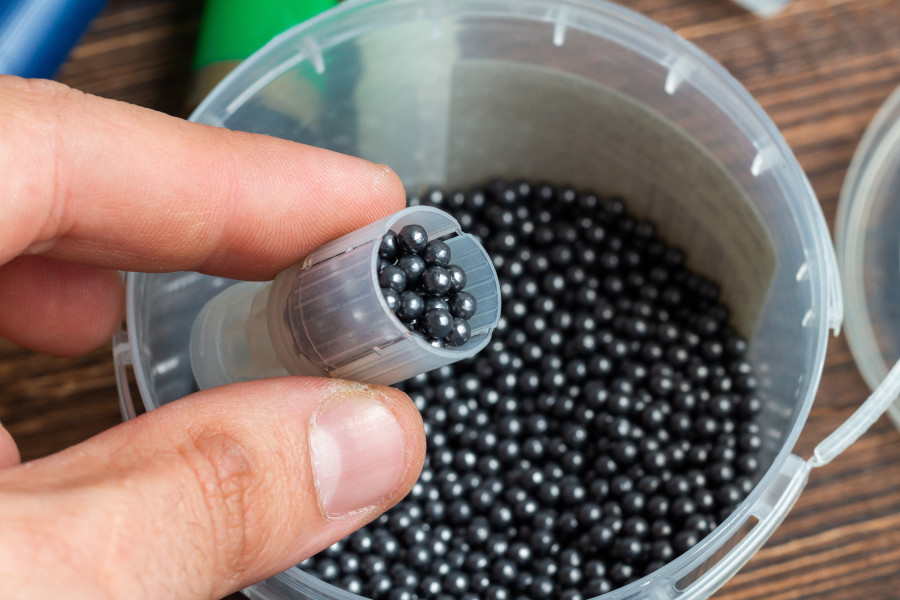 The development of plastic wads obviated the need for cards and wads. The shot cups of these wads also take up volume inside the case, essentially tightening the diameter of the shot load. Wads are available in a wide variety of sizes to support a wide variety of payloads.

Tapered shotshells are full bore width at the mouth of the shell and taper on the inside towards the base wad. Straight-walled shotshells have straight walls and do not taper.

This is where the necessity of following published load data is so important. Do not make substitutions – only use the wads specified in your load recipe. 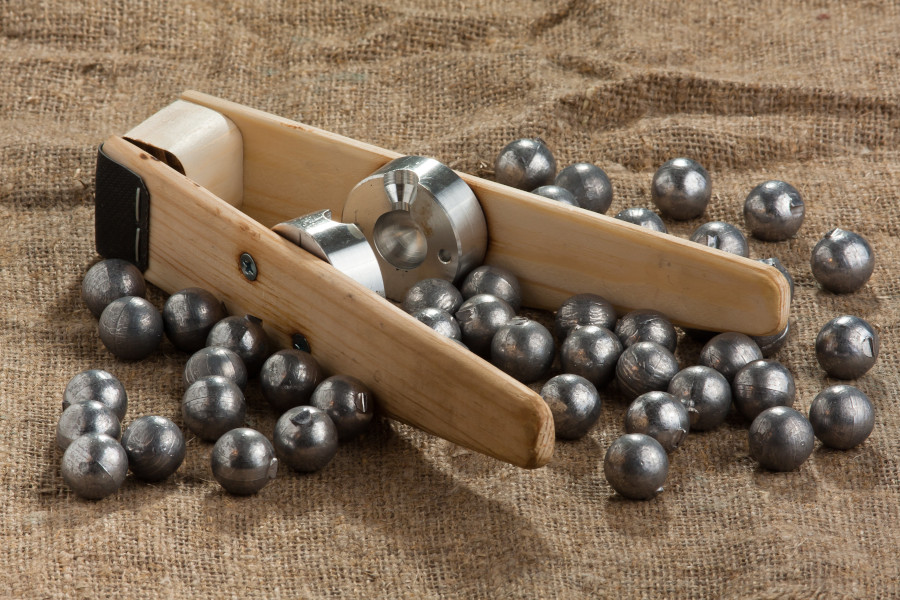 Round balls are also available or can be cast from lead in numerous diameters, up to the full bore diameter of your shotgun. Smaller round balls can be loaded in multiples, while larger balls are normally loaded singly.

When loading buckshot or round balls, the generally accepted practice is to weigh the buckshot or balls and use load data for that load of shot.

Slugs can also be loaded, either in shotshell wads or on top of fiber wads. Numerous models and types are available, from commercial types that come with wads to slugs that you can cast yourself at home from molds. 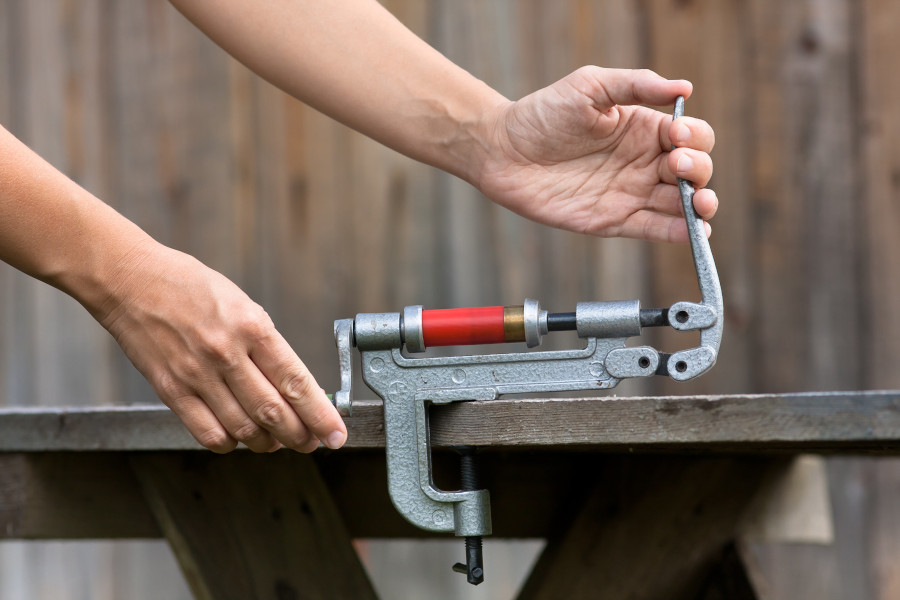 When starting to load shotshells, you’re likely going to start either with once-fired shells or newly primed shells. If you’re using fired shells, you’ll first need to deprime the shell. This can be accomplished in two ways.

There are handheld reloading kits in which you place a shotshell inside a little brass stand, insert a brass rod with a pin threaded onto one end into the primer hole inside the shell, and tap the old primer out with a hammer. Or, if you have a shotshell press, you place the shell at the depriming station, pull the lever, and the decapping pin will remove the spent primer.

Seating a new primer is done at the primer seating station in a shotshell press. For handheld loading, you’ll need to seat the new primer into the case and gently tap the case onto the primer. This obviously only works for brass shotshells, not for plastic and paper hulls.

The next step is to add the powder. You can do this in a number of ways. The most common is to load powder volumetrically through a shotshell press. Powder will be placed into a plastic bottle or hopper, and each pull of the press lever will drop a certain volume of powder into the shell depending on what size bushing is inserted into the press. Loads should be periodically checked on a scale to make sure you’re not throwing too much or too little powder.

When loading by hand, powder can be poured onto a scale for each individual load, or for some powders that might meter well through a powder dispenser, those dispensers and scales can be used.

Next comes the seating of the wad on top of the powder. Shotshell presses have a wad guide that helps force the wad into the shell. This is particularly important when using fired cases, since the crimp may cause the wad to hang up on insertion. When using new cases or brass shells, wads can be inserted by hand, but must then be seated firmly against the powder.

Then comes the time to load your shot. Here again, the shotshell presses dispense a certain volume of shot, the same way as they would with powder. You’ll want to check to make sure that your press doesn’t load too much or too little shot. When loading by hand, you can load either volumetrically with traditional shot measuring cups, or measure by weight.

Finally you’ll want to decide on how you’re going to crimp your shell. The most common way to crimp today is the star crimp, either a six-point or eight-point crimp.

If you’re using fired shells, the plastic or paper likely already has a crimp remnant, so the easiest to do will be to crimp in the same way the shell was originally crimped. Shotshell presses have a crimp station that will crimp the shell and ensure that it stays closed.

If you’re loading by hand, star crimping becomes more difficult, particularly with new hulls. Loading by hand is better suited to roll crimping, which requires the use both of new unfired shells and of a roll crimper.

Competitive shotgunners who reload can often go through tens of thousands of rounds in a single year. In many cases it’s only cost effective to reload shotgun hulls if you’re loading that kind of volume. The other instance in which it’s better to reload for your shotgun is if you’re trying to use specific slugs or buckshot that aren’t commercially available.

And as always, it’s important to remember that safety comes first. Stick to published load data and you can all but guarantee that you’ll remain safe.

Hopefully you’ve enjoyed these short reloading guides and have gotten something out of them. Keep reading anything you can about reloading if you think it’s something you want to get into. It can be a fun, enjoyable, and rewarding hobby that can also make you a better and more accurate shooter. 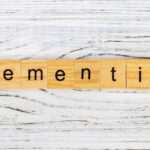 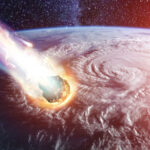