REDTEA NEWS
Tank Gift to Ukraine Exposes the Sad Reality...
The Government Thinks We’re the Terrorists Now
FBI Admits It Uses CIA and NSA to...
The Medical Industry Continues to Fail Patients
Democrats Are About to Learn That Turnabout Is...
If You Like Your Gas Stove, You Can...
McCarthy’s Woes Are Payback a Long Time Coming
The Response to the Twitter Files Is Telling
Are San Francisco’s Killer Robots the Wave of...
The Genocidal Tendencies of Climate Change Crazies
Home America Now America’s Future Leaders Are Ignorant Communists
America NowBreaking News

By now it should be clear that the US “education” system is anything but. From kindergarten to college, it’s dominated by leftists – socialists, communists, and fellow travelers whose goal is to indoctrinate students into leftist and Marxist orthodoxy and keep them so ignorant of the truth that they go apoplectic when confronted with new ideas or ways of thinking.

What’s worse is that many Americans, even so-called conservatives, have been complicit in allowing this to happen. Conservatives used to call for abolishing the Department of Education, but no longer. Conservatives used to bemoan the sorry state of American public schooling. Yet instead of working to dismantle the system, all too many conservatives continue to send their children to public schools. With parents spending only an hour or two per day with their children versus six to eight hours or more for teachers, from age 5 to 18, guess who’s going to be victorious: conservative parents or leftist teachers?

The consequences for our country are enormous, and they will be disastrous. Students today are ignorant of history and philosophy, and are unable to engage in critical thinking. They don’t know where this country came from, the ideals held by the Founding Fathers, and where the rights they take for granted originated. And because they have no idea of this country’s origins, they’re all too happy to throw their lot in with revolutionaries who want to upend everything.

Campus Reform recently conducted street interviews with college students, asking them what they thought of the Founding Fathers, and the results are horrifying.

It’s clear that young Americans are ignorant of history, and especially of American history. But not being able to think of a single good thing the Founding Fathers did? Gaining independence from Great Britain, affirming God-given rights to free speech and the practice of religion, and settling vast wildernesses and cultivating them apparently mean nothing to these spoiled brats. These children have had everything handed to them on a silver platter their entire lives, so they have no concept of actual accomplishments.

They have no idea that the Founders risked their lives, and that had they failed, they would have not only died, but gone down in history as traitors. They have no idea of the sacrifices made by individual settlers in exploring the wilds of North America and the work that went into building cities where once there was nothing. These ignoramuses dismiss all the hard work that went into creating this country just because a few people owned slaves. But these students are the future leaders of our corporations and governments, and that’s a scary sign for the future of this country. 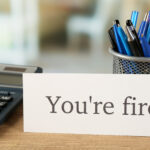 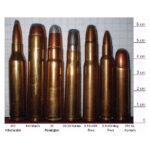