REDTEA NEWS
Tank Gift to Ukraine Exposes the Sad Reality...
The Government Thinks We’re the Terrorists Now
FBI Admits It Uses CIA and NSA to...
Democrats Are About to Learn That Turnabout Is...
If You Like Your Gas Stove, You Can...
McCarthy’s Woes Are Payback a Long Time Coming
The Response to the Twitter Files Is Telling
Are San Francisco’s Killer Robots the Wave of...
The Genocidal Tendencies of Climate Change Crazies
The Siren Song of Being “Moderate”
Home America Now AR-15 Sales, Pro-Second Amendment Group Memberships Increasing
America Now 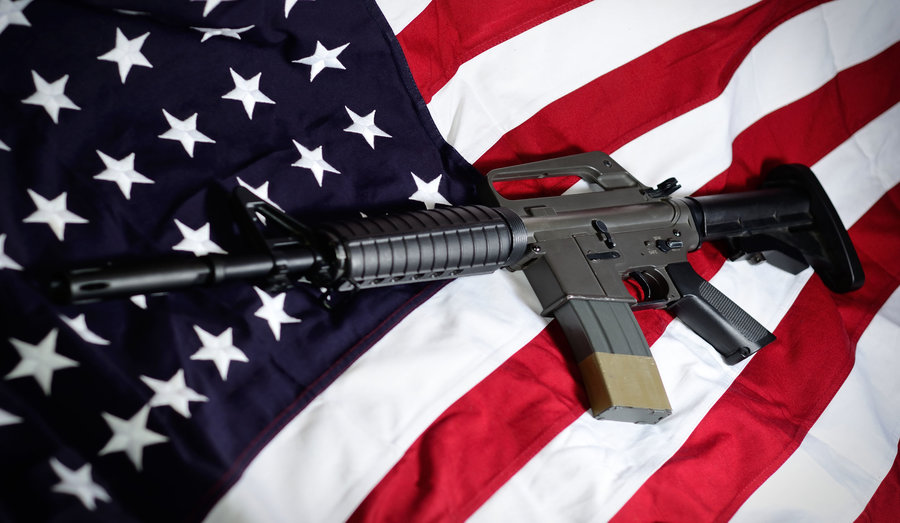 The high school shooting in Parkland, Florida last month ignited an intense public debate on gun laws and school safety. The attacks from the left on American gun owners have been especially vicious this time around. Teachers unions and other outside political forces are encouraging students to miss class for protests. Meanwhile, the liberal media, politicians, and Women’s March activists are denouncing the Second Amendment as a relic of the past and calling for its elimination or limitation, while berating the NRA and calling its members “terrorists.” Even President Trump, to the frustration of his main voting base, was starting to opine on possible gun control legislation he would support.

In response, gun rights groups across the country have seen their membership numbers spike higher than usual in times of crisis and AR-15s have been flying off the shelves at local gun shops and online sites. Midterm elections have made gun rights advocates extra anxious as they watch some Republican lawmakers cave on gun rights. Many who have never felt the need to be an NRA member are now signing up in droves.

According to TIME: “Representatives from over a dozen gun rights organizations and shooting associations in California, Connecticut, Florida, Georgia, Illinois, Massachusetts, Missouri, New York, Nevada, New Hampshire, South Carolina, Texas and Virginia” have seen membership rise since the Valentine’s Day attack. They added, “since the shooting the NRA has also seen more people than usual join, renew memberships or donate money as President Donald Trump and other Republican Party leaders have signaled an openness to gun control policies.”

The Tampa Gun Show had lines that “stretched out the door” as thousands of people browsed the latest firearms and several AR-15 sellers “said they were on track to double their normal sales for a weekend,” according to the New York Times. Naples Daily News also reported an increase in AR-15 sales in Lee County. A gun shop owner noted that the AR-15 is the most popular rifle in the country because of how comfortable it is to shoot and said an outright ban on the particular rifle “would be like banning SUVs in the crusade against drunk driving.” Another gun shop owner told NBC-2 that their store has seen AR-15 rifle sales increase by 30 percent following the Parkland incident.

Gun shop owners mostly pointed out that a criminal intent on a heinous act will simply buy the next closest thing to an AR-15 if the rifle was banned. It would also put us on a dangerous path to the gun confiscation policies seen in non-republican countries such as Australia. The call for banning the rifle or certain accessories that can be added to it has started a dangerous conversation and gun owners are starting to feel increasingly marginalized and afraid that their ability to defend their families is at risk.

However, the NRA and conservative Republicans have since spoken out against raising the age to buy a rifle, and the President appears to be backing away from a federal approach. Now, the conversations are starting to become more local with more states looking at examining their school safety thresholds and emergency preparedness plans, many of which haven’t been updated in decades. The fervor on both sides of the aisle to identify the main systemic problems causing such violent tragedies in schools will certainly make for a fiery and intense election season.

Are Cell Phones Ruining Our Time With...