REDTEA NEWS
Democratic Rhetoric Is Going to Result in Violence
Is Biden Trying to Get Into a War...
Austria Locks Down, Other Countries to Follow
Rittenhouse Acquittal Is a Victory for Self Defense...
The Nanny State Encroaches Even Further
If You Want a Better Future, Educate Your...
Metallurgist Caught Faking Results on Submarine Steel
As Durham Closes In, the Establishment Gets Nervous
The Lesson to Be Learned From the Elections
Biden Doubling Down on the Stupid
Home America Now What Conservatism Is and Isn’t: Foreign Policy
America Now 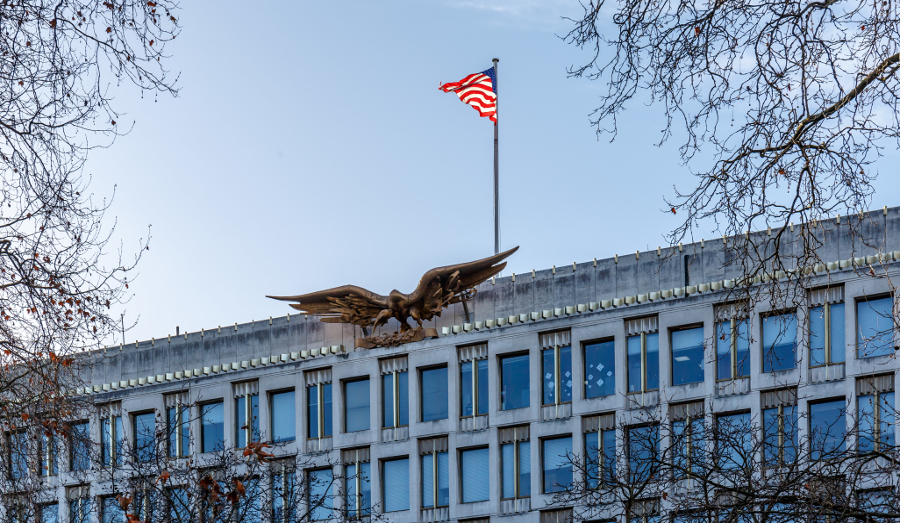 Foreign policy is one area in which there is a great deal of bipartisan consensus today. Both Republicans and Democrats favor highly interventionist policies, believing that the United States is the world’s policeman, can and should act as an international hegemon, and that countries around the world should fall in line with America’s desires. The original conservative position on foreign policy, that of the Founding Fathers, has long since been lost, swept away by the lust for power and national greatness that infects the minds of both politicians and people.

The foreign policy of the Founders can be summed up by the thoughts expressed in George Washington’s farewell address as he left the office of President. The entire address is worth a read, but the passages on foreign policy towards the end of the address are particularly worth mentioning in this context. Were Washington alive today, the father of our country and first commander-in-chief would undoubtedly be derided by militaristic “conservatives” as a peacenik and weakling who didn’t understand the realities of foreign policy. That couldn’t be any further from the truth. Here are just a few of the highlights of his address.

Observe good faith and justice towards all nations; cultivate peace and harmony with all. Religion and morality enjoin this conduct; and can it be, that good policy does not equally enjoin it - It will be worthy of a free, enlightened, and at no distant period, a great nation, to give to mankind the magnanimous and too novel example of a people always guided by an exalted justice and benevolence.

In the execution of such a plan, nothing is more essential than that permanent, inveterate antipathies against particular nations, and passionate attachments for others, should be excluded; and that, in place of them, just and amicable feelings towards all should be cultivated. The nation which indulges towards another a habitual hatred or a habitual fondness is in some degree a slave. It is a slave to its animosity or to its affection, either of which is sufficient to lead it astray from its duty and its interest. Antipathy in one nation against another disposes each more readily to offer insult and injury, to lay hold of slight causes of umbrage, and to be haughty and intractable, when accidental or trifling occasions of dispute occur. Hence, frequent collisions, obstinate, envenomed, and bloody contests. The nation, prompted by ill-will and resentment, sometimes impels to war the government, contrary to the best calculations of policy.

This is an apt warning, one which conservatives would do well to heed today. One could easily see in this warning its application to current relations towards Iran, China, Russia, and others. How often is US foreign policy driven by those who have a long-seated hatred for other countries and act in a knee-jerk manner to anything those countries do? Any perceived slight to the US is seen as a pretext for harsh retaliation.

So likewise, a passionate attachment of one nation for another produces a variety of evils. Sympathy for the favorite nation, facilitating the illusion of an imaginary common interest in cases where no real common interest exists, and infusing into one the enmities of the other, betrays the former into a participation in the quarrels and wars of the latter without adequate inducement or justification. It leads also to concessions to the favorite nation of privileges denied to others which is apt doubly to injure the nation making the concessions; by unnecessarily parting with what ought to have been retained, and by exciting jealousy, ill-will, and a disposition to retaliate, in the parties from whom equal privileges are withheld. And it gives to ambitious, corrupted, or deluded citizens (who devote themselves to the favorite nation), facility to betray or sacrifice the interests of their own country, without odium, sometimes even with popularity; gilding, with the appearances of a virtuous sense of obligation, a commendable deference for public opinion, or a laudable zeal for public good, the base or foolish compliances of ambition, corruption, or infatuation.

Excessive partiality for one foreign nation and excessive dislike of another cause those whom they actuate to see danger only on one side, and serve to veil and even second the arts of influence on the other. Real patriots who may resist the intrigues of the favorite are liable to become suspected and odious, while its tools and dupes usurp the applause and confidence of the people, to surrender their interests.

Washington is wise to point out that it isn’t just hatred for another nation that is damaging to foreign policy. Excessive friendship is also harmful. Washington has in mind here entangling alliances that would require one country to involve itself in a needless war if one of its friends is attacked. Yet how does the US stand today with its involvement in NATO and its relationships with Israel, Taiwan, and others? What exactly is the “common interest” that proponents of those alliances claim is so important? Is it not just some vague concept of standing together with “democratic” nations against alleged autocracies? Why exactly is that so important and in the United States’ interests? If Washington saw the dangers over 200 years ago, why do Americans today have such a blind spot?

The great rule of conduct for us in regard to foreign nations is in extending our commercial relations, to have with them as little political connection as possible. So far as we have already formed engagements, let them be fulfilled with perfect good faith. Here let us stop. Europe has a set of primary interests which to us have none; or a very remote relation. Hence she must be engaged in frequent controversies, the causes of which are essentially foreign to our concerns. Hence, therefore, it must be unwise in us to implicate ourselves by artificial ties in the ordinary vicissitudes of her politics, or the ordinary combinations and collisions of her friendships or enmities.

It is our true policy to steer clear of permanent alliances with any portion of the foreign world; so far, I mean, as we are now at liberty to do it; for let me not be understood as capable of patronizing infidelity to existing engagements. I hold the maxim no less applicable to public than to private affairs, that honesty is always the best policy. I repeat it, therefore, let those engagements be observed in their genuine sense. But, in my opinion, it is unnecessary and would be unwise to extend them.

Harmony, liberal intercourse with all nations, are recommended by policy, humanity, and interest. But even our commercial policy should hold an equal and impartial hand; neither seeking nor granting exclusive favors or preferences; consulting the natural course of things; diffusing and diversifying by gentle means the streams of commerce, but forcing nothing; establishing (with powers so disposed, in order to give trade a stable course, to define the rights of our merchants, and to enable the government to support them) conventional rules of intercourse, the best that present circumstances and mutual opinion will permit, but temporary, and liable to be from time to time abandoned or varied, as experience and circumstances shall dictate; constantly keeping in view that it is folly in one nation to look for disinterested favors from another; that it must pay with a portion of its independence for whatever it may accept under that character; that, by such acceptance, it may place itself in the condition of having given equivalents for nominal favors, and yet of being reproached with ingratitude for not giving more. There can be no greater error than to expect or calculate upon real favors from nation to nation. It is an illusion, which experience must cure, which a just pride ought to discard.

This, then, is the essence of a conservative foreign policy: free trade with all and entangling alliances with none. Even in matters of trade there should be no favoritism towards one country over another, or weaponization of trade policy to achieve certain aims. Washington understood that interventionist foreign policy jeopardized the independence and security of a free nation, making its fortunes dependent on the vicissitudes of foreign actors rather than the freely-made decisions of its own elected leadership. While it’s unfortunate that subsequent generations have forgotten the hard-won lessons of the Revolution, let’s hope that those lessons will be reborn to be appreciated by the next generation of American leaders.

What’s at Stake in Today’s Election?

Exactly What is in the Republican Platform?...