REDTEA NEWS
Who Really Killed JFK?
The Politics of Envy Rears Its Ugly Head
Government on Climate Change: “We Have to Break...
Good for Thee, But Not For Me When...
Is Pandemic “Pre-Crime” in Our Future?
Speak Out About Cancel Culture and You’ll Get...
Will Biden Impose Domestic Travel Restrictions?
Will the Super Bowl Result in a Mask...
There Is No Such Thing as Left-Wing Violence
The Absurdity of the Trump Impeachment Trial
Home America Now Daily Caller’s Benny Johnson Speaks Out: “Antifa Members Were Assaulting Reporters”
America Now 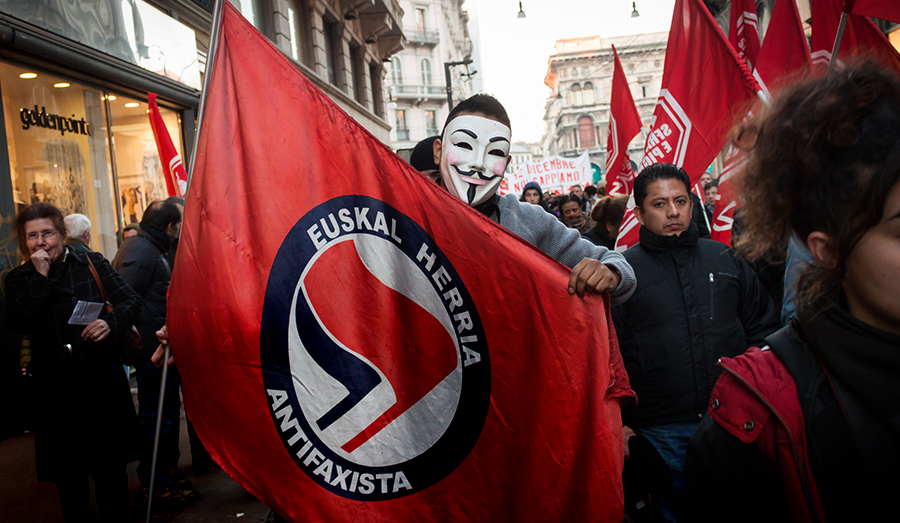 Daily Caller reporter Benny Johnson is sounding the alarm about Antifa’s threat to freedom of the press, saying the violent mob-like group has physically assaulted and threatened journalists. Johnson said there has been a “blackout” among the mainstream media that has not covered the vandalism and violent tactics used by the leftists, of which he and his journalist colleagues have been victims.

Antifa members went to Washington, DC a few weeks ago expecting to confront a group of white supremacists. But according to Johnson and Washington Post reporters, the Antifa members turned their violence onto law enforcement officers and journalists when the racists did not show up as expected. Antifa members “were assaulting reporters” and “vandalizing equipment,” Johnson told Eric Bolling on CRTV. He said rioters were recorded threatening to murder President Trump, which the Secret Service is now investigating, and another DC journalist was “hit” and had his camera thrown. “This is an assault on the free press but it’s being done by the left,” he stated.

Johnson reportedly told NRATV he was confident that if the Antifa mob found out he was a reporter for the Daily Caller, he would have left the scene in an ambulance. Footage shown by NRATV showed Johnson’s colleague having his umbrella ripped from him before being chased down the street. The reporter, Henry Rogers, also said his phone “which was recording” was smacked out of his hands before he was pushed out of the crowd. Rogers said he saw another journalist get “clocked in the face” by protesters.

On August 15, Johnson responded to a tweet by CNN anchor Brian Stelter who asked for journalists to “stand up for DECENCY” in regard to “behavior by the president.” Johnson asked Stelter, “Did you stand up for the journalists who were attacked and assaulted by Antifa this weekend?”